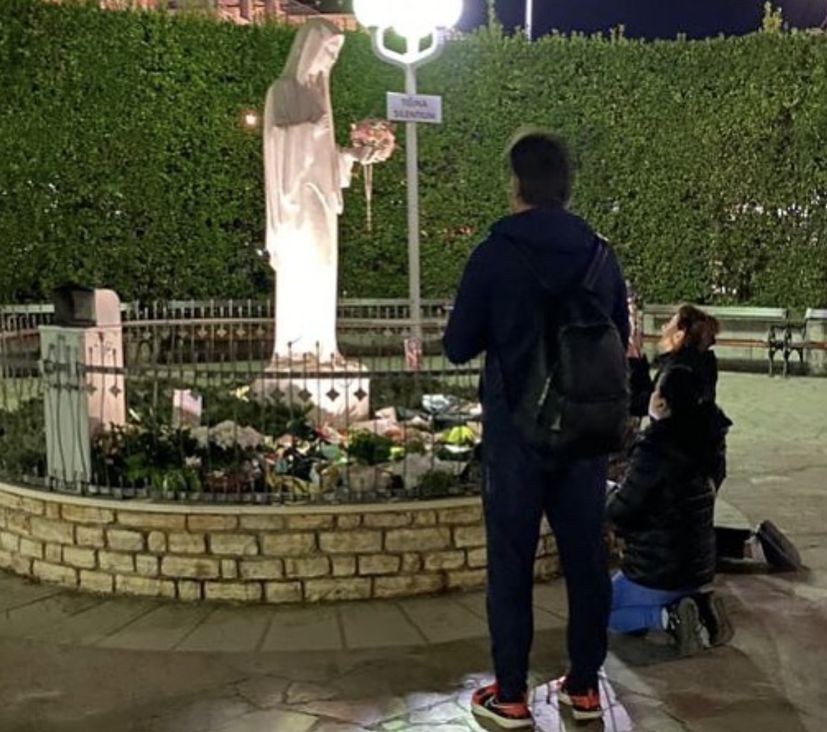 Croatia coach Zlatko Dalić has completed a 120-kilometre pilgrimage from his hometown of Livno to Međugorje.

Međugorje has been an unofficial place of Catholic pilgrimage since the Virgin Mary allegedly appeared on Apparition Hill in 1981 and Dalić, together with three friends, arrived after on Tuesday evening after three days of walking.

“Three days – 120 km. Thank you, Mother of God, for all the blessings! In you, Lord, I trust,” Dalić wrote on Instagram.

Back in 2019, the Vatican officially authorised pilgrimage to Međugorje. The first Vatican sanctioned pilgrimage then took place for five days from 2-6 August 2019 when approximately 60,000 young Catholics from 97 countries took part in the celebration of a youth festival.

After leading Croatia to the semi-final of the UEFA Nations League last week, Dalić has downtime before its back to work as he begins preparations for the FIFA World Cup in Qatar next month.