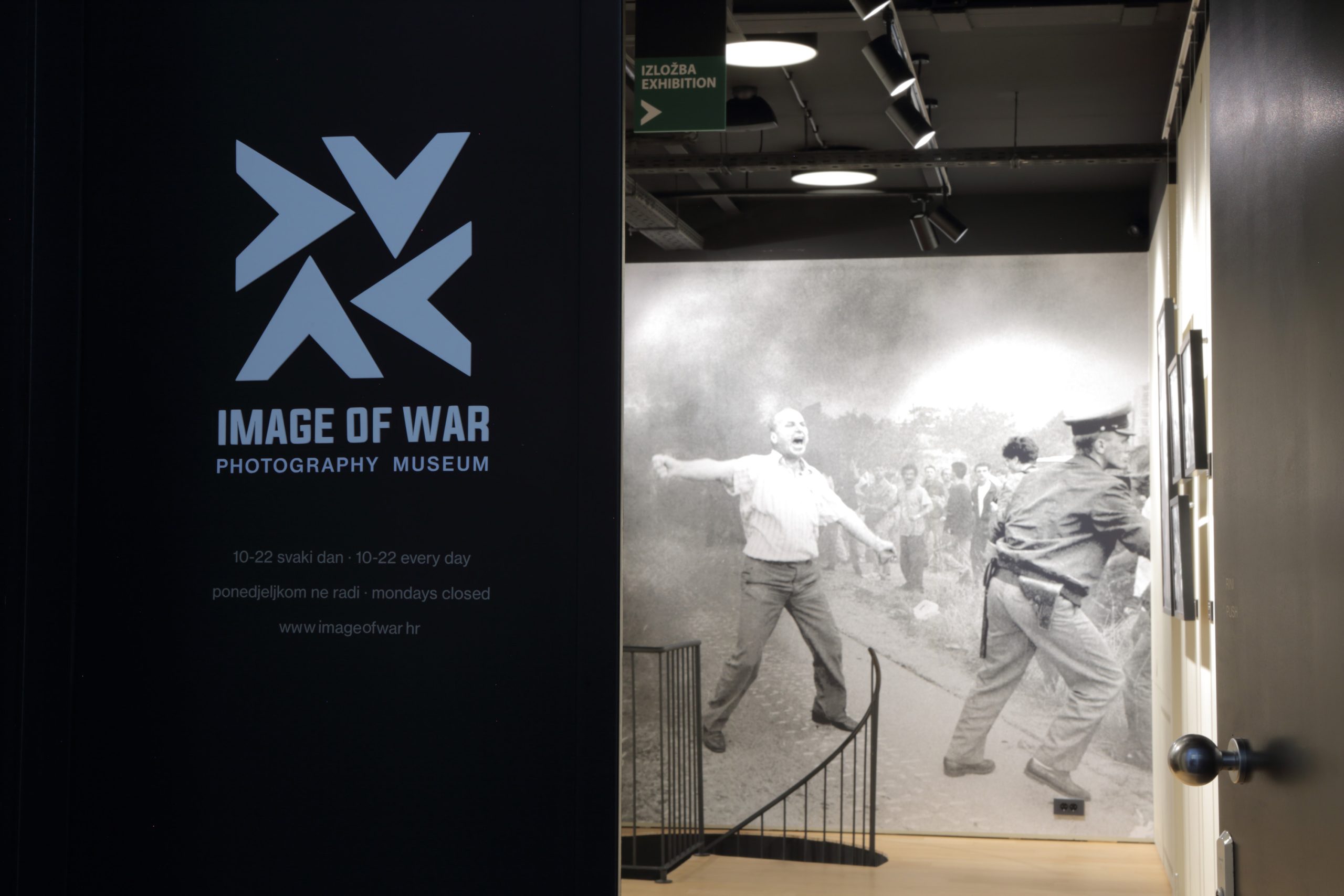 Today, everybody who owns a smartphone has become a photographer and the lines between professionals and amateurs blur more and more with every single uploaded Facebook post.

It is safe to say that the number of photos taken cannot even be numbered anymore, making copy and personal rights completely senseless. Digital cameras, photography programmes with retouching tools like brushes and pencils, as well as apps like Instagram enable everybody to produce harmonically composed photos with perfect lighting and the least possible effort. In many cases, the comments and likes on social media have even replaced the captured moment itself as being the main experience. Photography has become meaningless and powerless, just another product for the mass- consumption, urging us to start thinking about the way we are used to look at photos.

So, why open a museum about photography in times when this medium, which brought light into the darkness for almost two centuries now, is rapidly dying in front of our eyes? The answer is not only because we need to trace its history back and preserve what is left of it. Nor is it to tell stories by painting pictures with light given that a photo always reveals only one segment of a story, never the whole truth. It is because war belongs in a museum! And with this motivation and slogan, the Image of War Photography Museum on Hebrangova Street 7 has opened its doors to visitors on the 8th of August.

It is the first museum in Croatia financed by a successful crowdfunding campaign to which many citizens contributed besides over HRK 50,000 also numerous personal photos and stories in only 15 days. Hundreds of photos were shared on social media through #GdjeSiBio91, whereas the curator Sandra Vitaljić gathered also shots taken by professional Croatian, Serbian and world-renowned international photographers. The first exhibition Up Close and Personal: War in Croatia shows the destructive impacts of war from 1991 to 1995 in over 100 photos on two floors and a total of 160 square meters. The museum’s aim is to serve as a platform for dialogue and to educate visitors through the medium of photography. Furthermore, it is also trying to respond to the increasing trivialization of war and the often indifferent public discourse about it in a country that lived through this terrible conflict only 23 years ago, and which still suffers from its social as well as economic consequences.

The initiator of the museum, Danilo Gregović, explained that it is especially important that the public has recognized the humanitarian character of it, and puts emphasis onto the collaboration with similar museums and projects as the War Photo Limited exhibition in Dubrovnik. Through photography, documentaries and informative events visitors will not only experience the brutality of war but also be able to contribute to peace themselves. 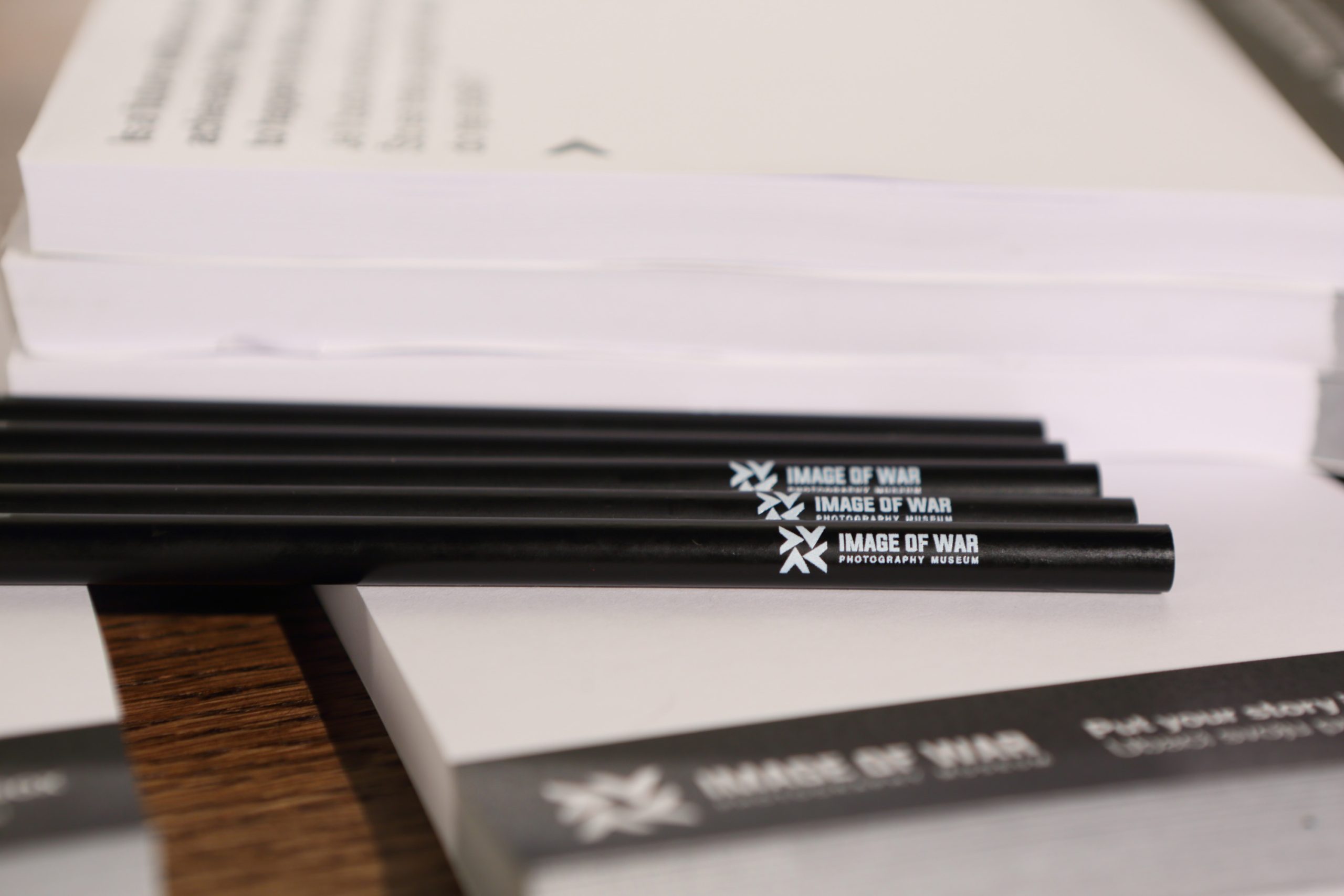 A portion of all tickets sold will be donated to refugees and forcibly displaced people, whereas the shirts at the museum’s shop are produced by Humana Nova from Čakovec, an organization employing disabled and other socially- excluded people by producing textiles from recycled and ecological materials. You can also support the crowdfunding campaign and become a co-founder of the museum yourself.

The exhibition is based on the curator’s own experiences with victims of war and photographers, given that Sandra Vitaljić has put the focus on war in several of her own works and exhibitions. She earned her master’s degree in Photography and a Ph.D. in History and Theory of Photography in Prague and is today an associate professor at the Cinematography Department of the Academy of Dramatic Art in Zagreb. She conducted her doctoral research at the Rochester Institute of Technology and at the George Eastman House, International Museum of Photography and Film in New York, while her work can be seen at the permanent collections of the Modern Gallery and the Museum of Contemporary Art in Zagreb, as well as the Museum of Modern and Contemporary Art in Rijeka. In 2013, she published the book Rat Slikama – Suvremena Ratna Fotografija, a striking and detailed work referring to war photography in Croatia from 1991 to 1995, making it a perfect additional source of information for everybody who seeks out to see the exhibition. 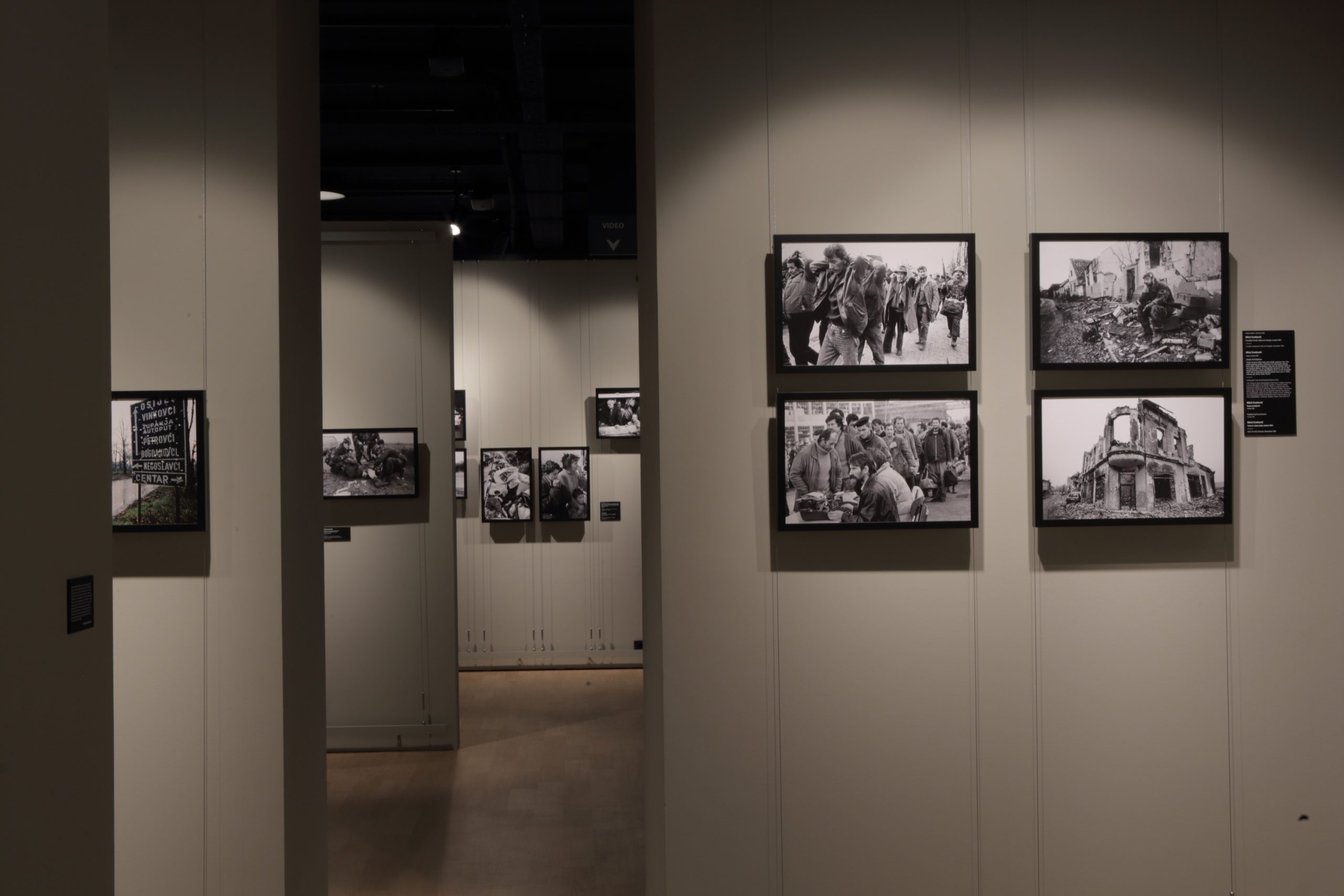 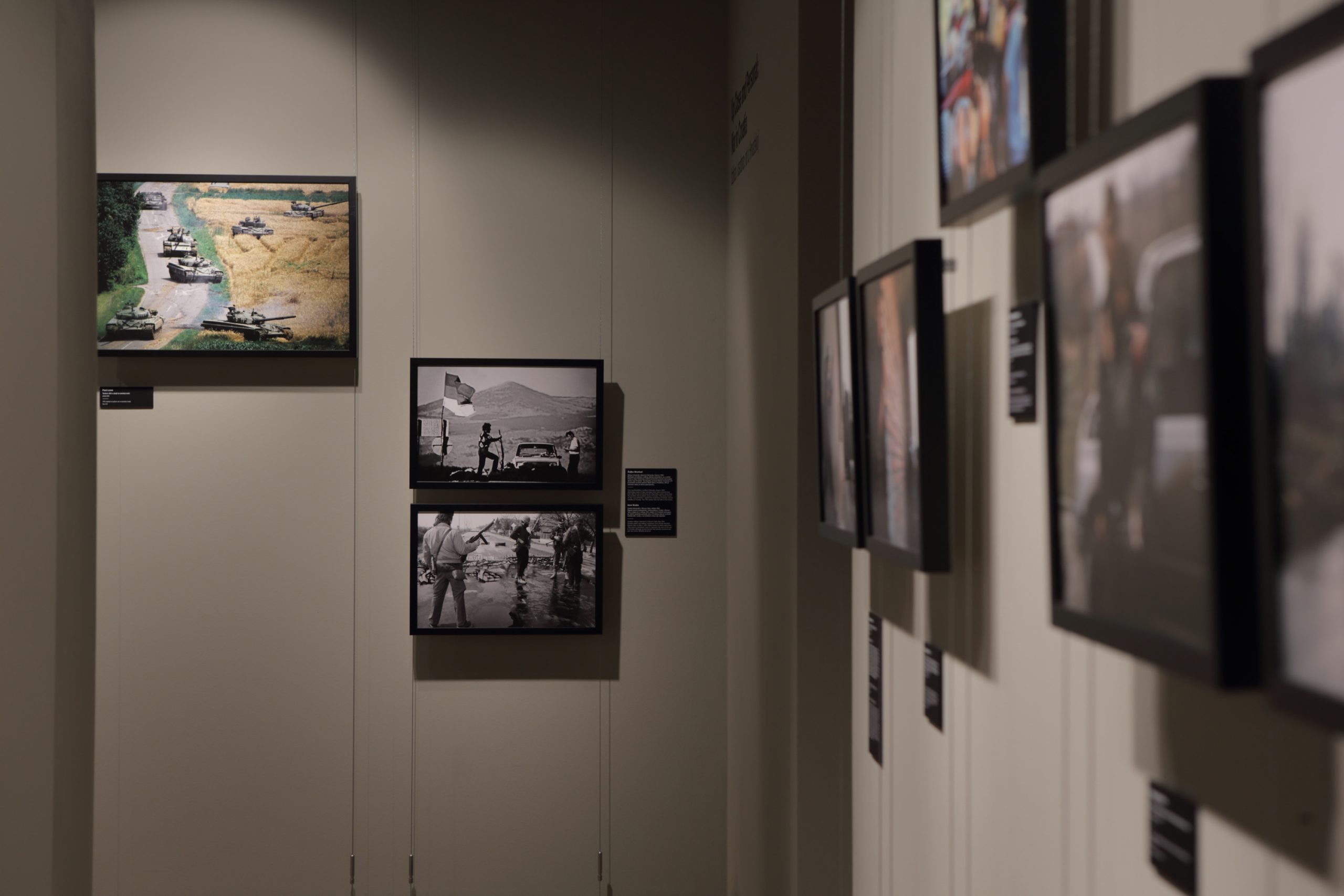 The official opening of the museum will be on the 19th of September at 8 pm, celebrated within the 10th international photography festival Organ Vida which is organized by the same-named Photography Association at the Museum of Contemporary Art in Zagreb. By then, a photobook about the current exhibition will be published as well and available at the museum’s shop. 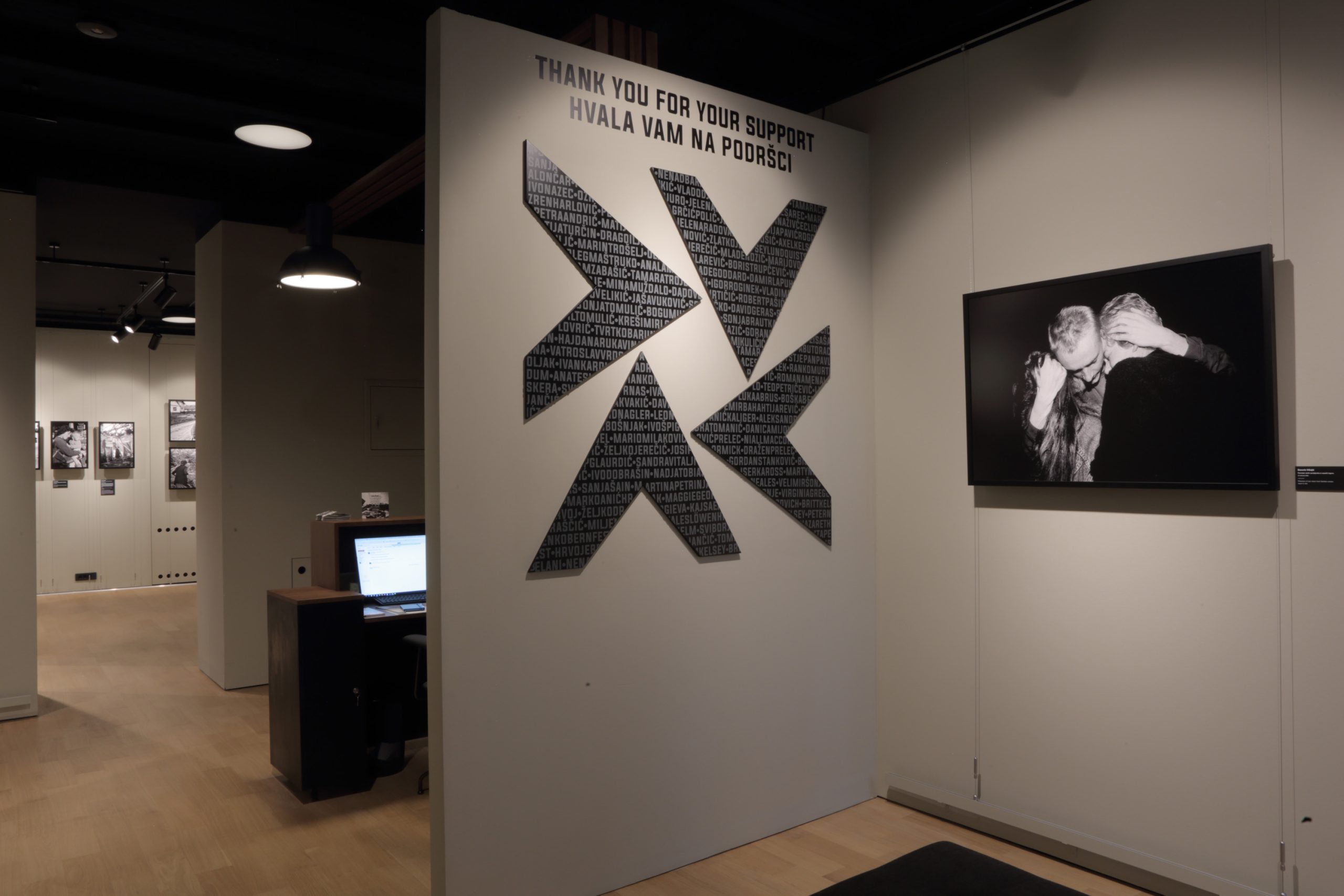