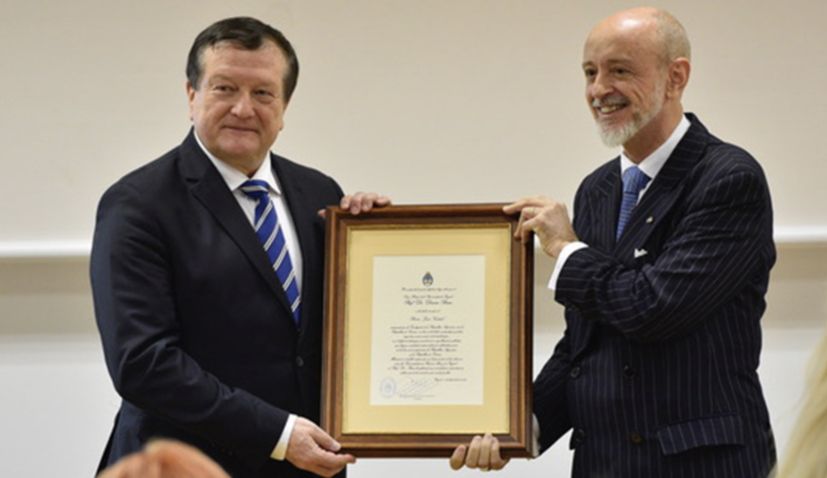 ZAGREB, Dec 7 (Hina) – University of Zagreb rector Damir Boras on Friday received the 2019 Juan Vucetich Award for outstanding contribution to the promotion of relations and strengthening of the friendship between Argentina and Croatia.

Boras was presented with the award by Argentinean Ambassador Maximiliano Gregorio-Cernadas, who recalled the rich history of relations between the two countries.

The cooperation between the two states and peoples, which share a similar mentality, is better and better thanks to systematic advocacy by institutions as well as individuals like Boras, he said.

The award is named after Argentinean Croat anthropologist and policeman Juan Vucetich (1858-1925), the pioneer of fingerprint identification, known as dactyloscopy.

The Juan Vucetich Award was established by the Argentinean Embassy in 2017 and its first laureate was Croatian politician Davor Ivo Stier, who was born and raised in Argentina.