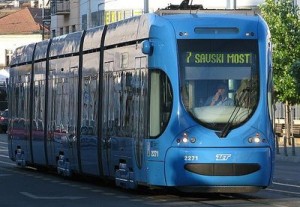 When a drunken man selling catholic calendars decided to stand on the tram tracks blocking trams near Zagreb’s main Ban Jelacic square on Wednesday afternoon, a tram driver decided to take the law into his own hands, reports daily newspaper Jutarnji list.

The middle-aged driver of tram number 14. become agitated with the drunk man on the tracks and left his tram to confront the man. It did not take long before blows were exchanged and a dust-up eventuated.

Passer-bys and another tram driver came to the scene to break the fight up. Business was resumed as the drunk catholic calender seller was removed from the scene.