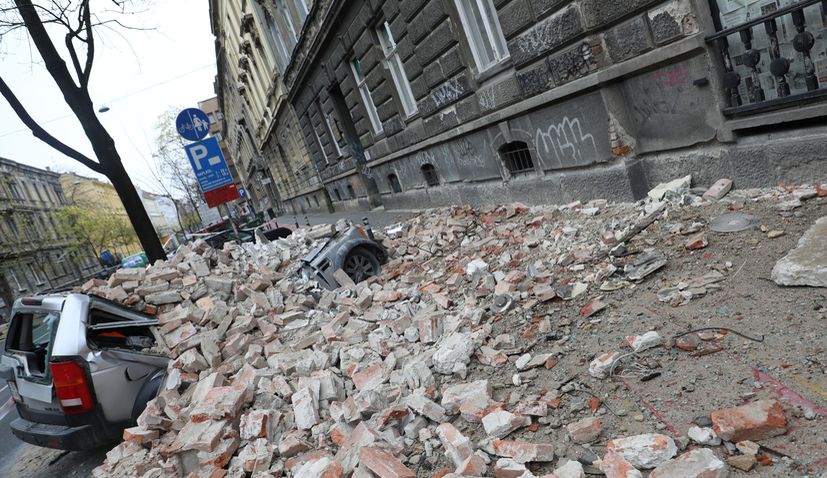 ZAGREB, Dec 2 (Hina) – The reconstruction of Zagreb and its environs, following the 22 March quake, is a unique opportunity to strengthen the local construction sector, it was said at a virtual conference organised by the Croatian Chamber of Commerce (HGK) on Wednesday.

Physical Planning and Construction Minister Darko Horvat says that preparations were underway to enable the start of the reconstruction as soon as possible and that a systematic approach over a period of ten years will result in a more beautiful and earthquake-proof city and environs.

He informed the conference that the collection of applications for reconstruction had started and that a special department has been established in the ministry for this purpose.

Horvat recalled that an estimated cost of the reconstruction of damaged buildings is about HRK 42 billion while current available funds amount to HRK 12 billion. These initial funds come from the EU solidarity fund and a World Bank loan of $200 million.

Soon a statute and work organisation will be adopted for the Zagreb Reconstruction Fund which will equip teams to supervise the implementation of the post-quake reconstruction, said the minister.

The head of the fund, Damir Vandjelic, told reporters that there would be work for everyone during the reconstruction. He informed that last year the total revenues of the construction sector amounted to HRK 18 billion, while 3-4 billion kuna is expected to be invested in reconstruction projects annually.

Dean of the Construction Faculty in Zagreb,  Stjepan Lakusic, told the virtual conference that there are sufficient construction companies to conduct the rebuilding.

HGK President Luka Burilovic sees this as an opportunity to bail out Croatia’s construction sector and the economy in general. “Construction has pulled Croatia out of crises and it can do that again,” he said.

HGK vice president for construction and transport Mrijana Cagalj underlined that the share of construction to GDP last year was 5.7% and that according to the Croatian Pension Insurance Fund (HZMO) last year more than 116,600 people were registered as working in construction.

Despite the fall in GDP this year the construction sector is one of the few branches that has recorded a growth, she said, explaining that all the trends are strongly impacted by large investment projects through EU funds and partially from removing debris after the earthquake.

She claimed that rebuilding is a unique opportunity to strengthen the local construction sector.

The HGK has for years been promoting Croatian products to be bought and installed and this could be an opportunity to improve the competitiveness of the construction sector in Croatia, Cagalj added.

She explained that Croatia has more than 4,000 excellent products available with a major part of them related to installations and equipping.