Some of the world’s best 3D street artists have been in the eastern Croatian city of Vukovar over the last two weeks as part of the Vukovart festival.

Organised by Grad Vukovar and Planet Street from the Netherlands, Vukovart saw the artists from all around the world complete 3D artwork at six locations around the city. The works have already become an attraction. 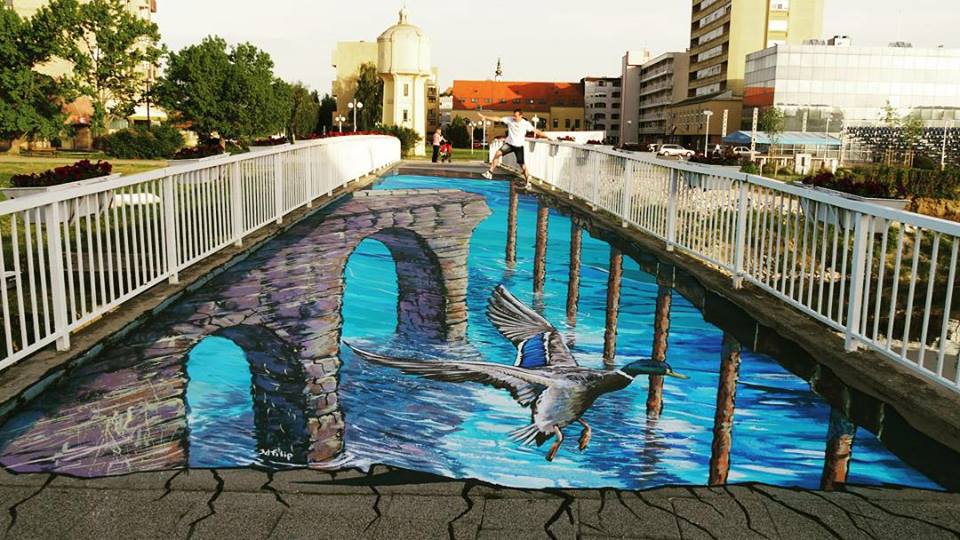 Filip Mrvelj – Take me to the bridge 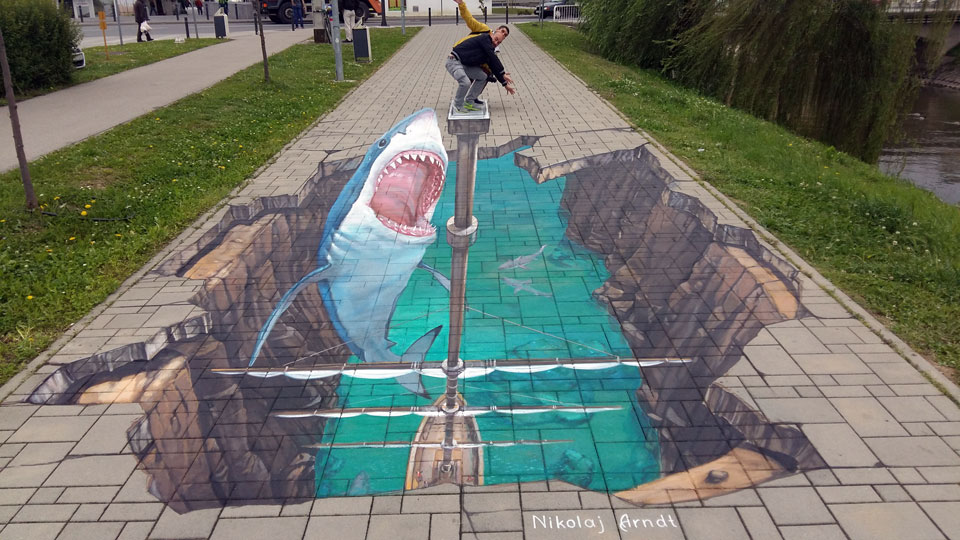 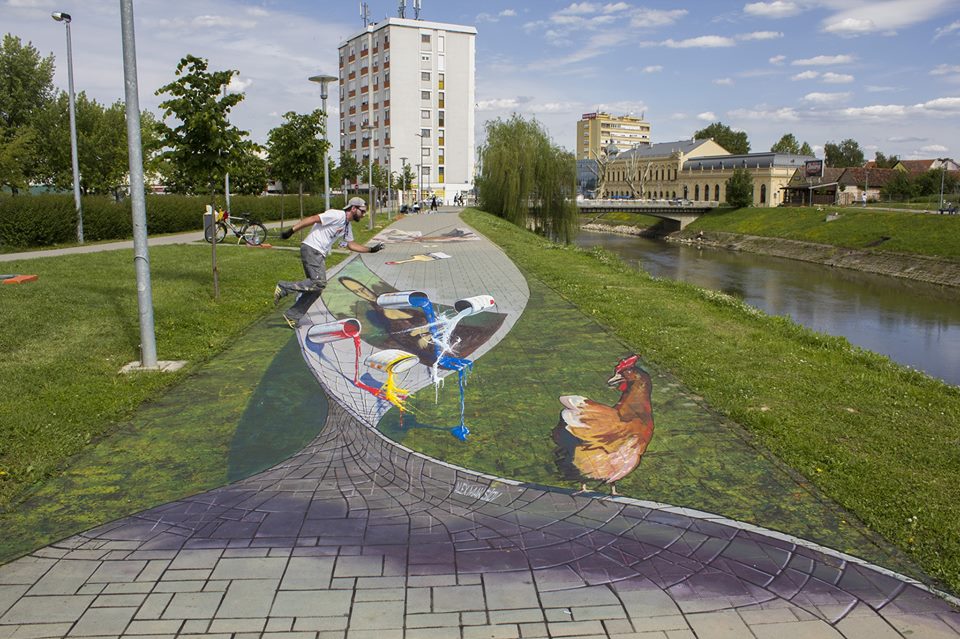 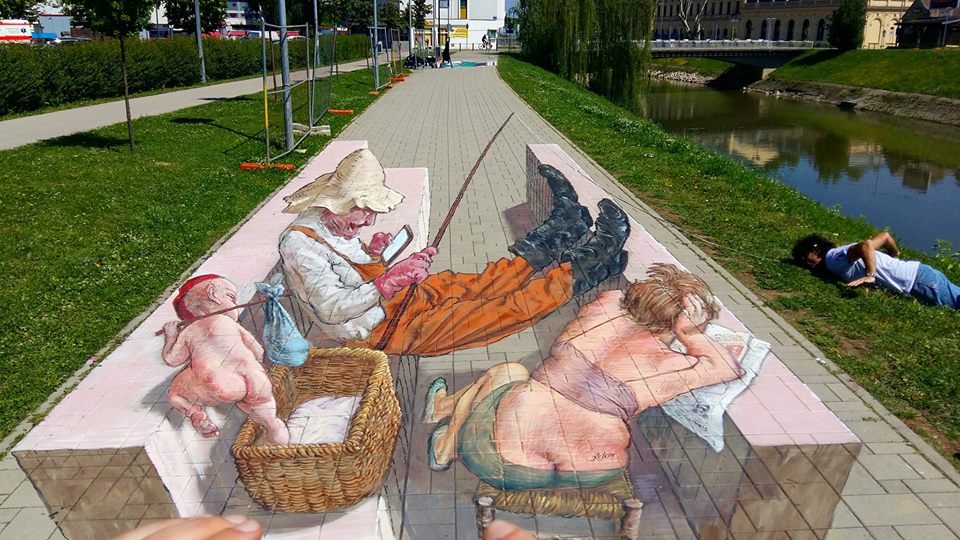 Eduardo Relero – I’ll be back later… I think 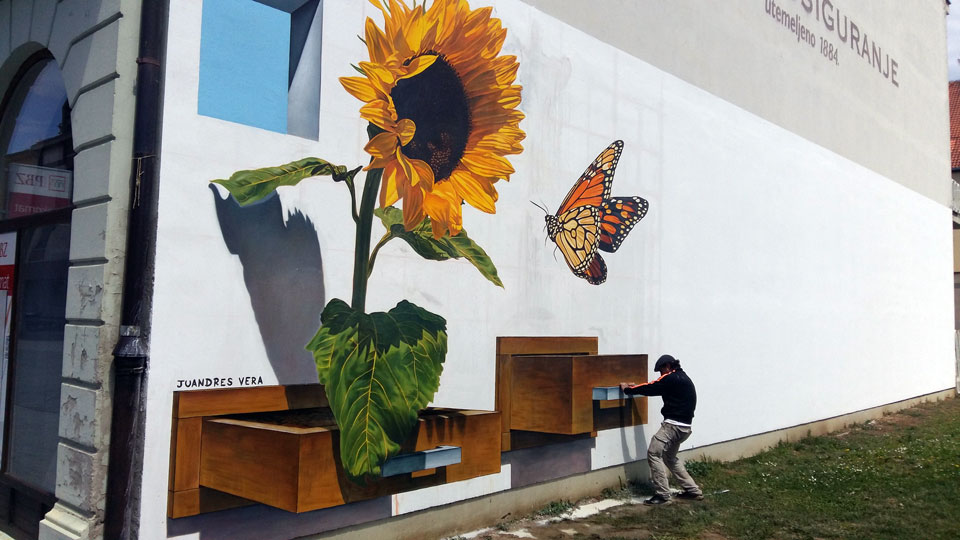 On the last day of the festival, Juandres Vera performed an experimental performance of his 3D image where he covered one picture with another.

All the international enjoyed their stay and were thrilled with the organisation of the festival, the local hospitality, and the Slavonian cuisine.