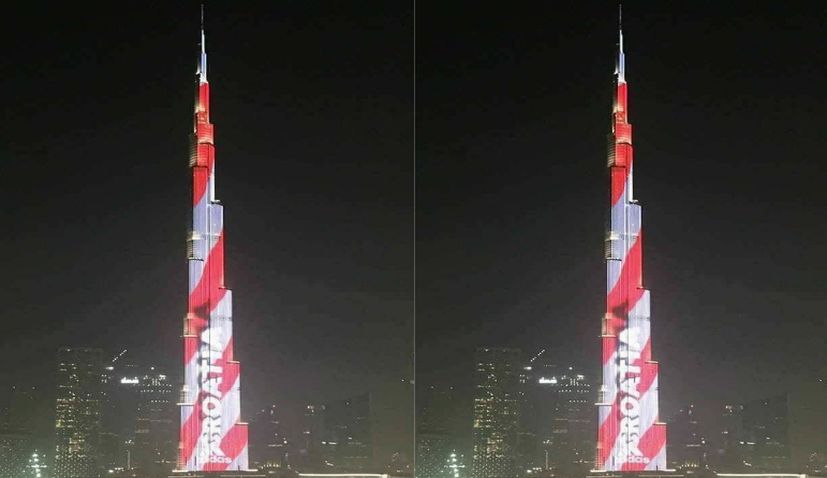 The world’s tallest building has joined the party of celebrating Croatia’s fantastic 3-0 win over Argentina last night at the World Cup.

The Burj Khalifa in Dubai, United Arab Emirates, lit up in the Croatian colours last night to pay homage to the win orchestrated by Croatian coach Zlatko Dalic, who is a well-loved figure in UAE after coaching of Al Ain FC and becoming the best coach in the league’s history. 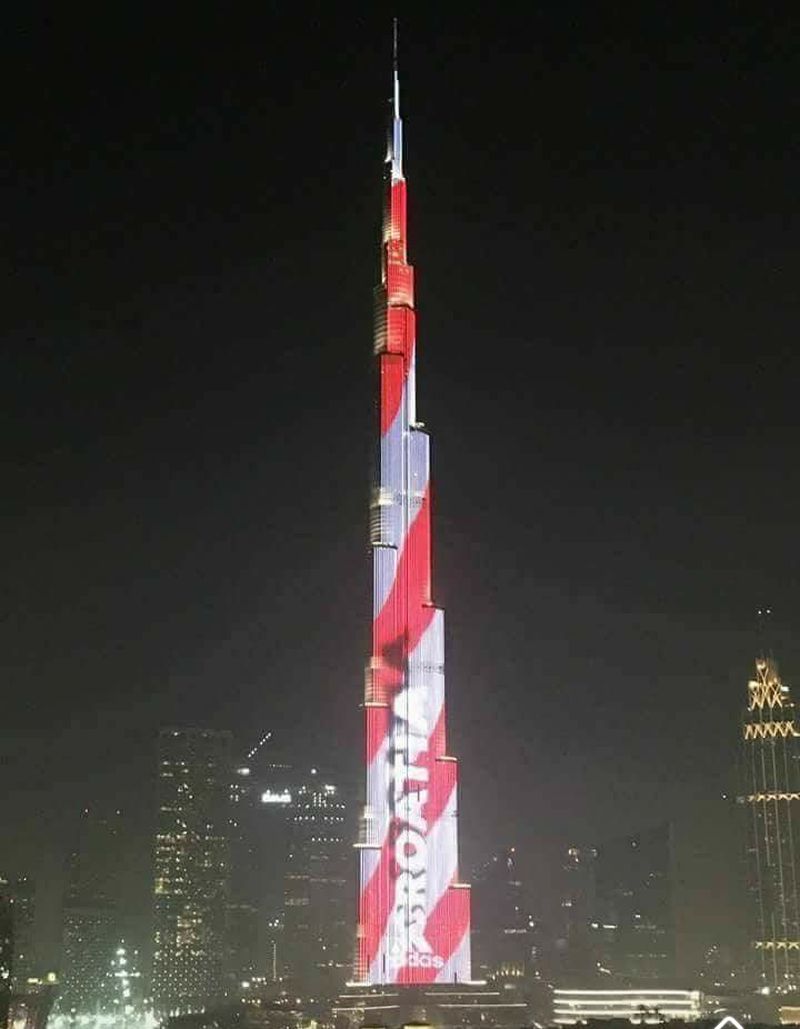 With a total height of 829.8 metres and a roof height (excluding antenna) of 828 metres, the Burj Khalifa has been the tallest structure in the world since its topping out in late 2008.

Croatia’s victory last night was celebrated all over the world and it was a popular one as it put Argentina on the verge of exiting the tournament. The side faces Iceland next with likely second-round opponents at this stage either Denmark or Australia.