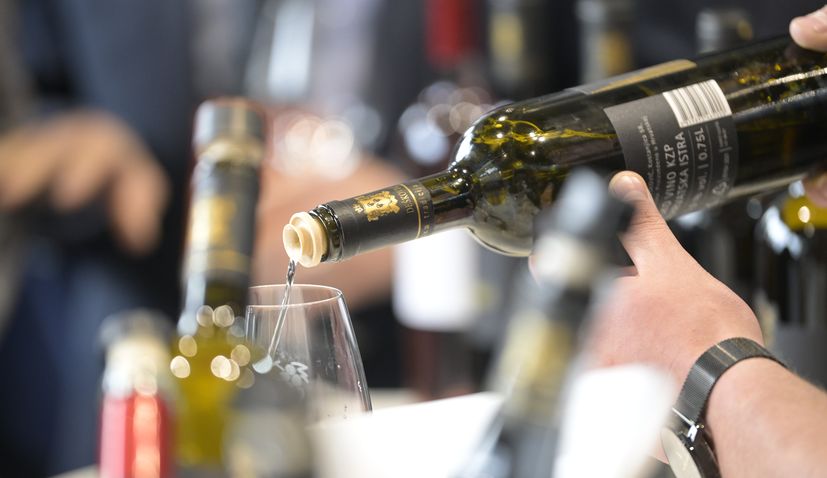 POREČ, 6 May 2022 – The 28th Vinistra, one of the biggest wine events in Croatia, has opened in the Istrian town of Poreč.

Opening the 28th Vinistra, prefect of Istria County Boris Miletić said: “The key to the success of Istrian wines is the people, our producers. We have God-given land and climatic conditions, however the old ‘vajka’ also produced wine, but they were not such good cellar-men. With the introduction of new technologies, we have entered the world wine list and for that we should be grateful to Istrian winemakers. They are like our athletes – in the early nineties they best promoted Croatia in the world, and they are also responsible for branding Istria as a famous destination.”

The mood of the winemakers and those gathered could not be spoiled by the rain.

The Mayor of Poreč, Loris Peršurić, congratulated the winemakers on their perseverance, effort, work and organisation of the 28th edition of Vinistra.

“You will agree – Vinistra is much more than a fair of wine and wine equipment. Vinistra brands Poreč and Istria, but also our Malvasia, and it is most deserving that this variety is known beyond the borders of Croatia,” the mayor said.

Dragan Kovačević, vice president of the Croatian Chamber of Commerce for agriculture and tourism, pointed out that Istria and Kvarner make up 17 percent of Croatian wine production.

“It is the winemakers who have shown how wine roads, innovation and constant improvement of wine quality, combined with indigenous gastronomy, can significantly contribute to the development of year-round tourism and destination branding. It is encouraging that for several years now, the export of higher price wines, especially sparkling wines, has been continuously increasing, which clearly shows that the international promotion and positioning of Croatian wines should be built in the segment of top quality,” said Kovačević. “Istrian vineyards cover a little less than three thousand hectares, Istria is the centre of viticulture and winemaking, so I’m looking forward to everything that winemakers have prepared for us these three days,” Mršić said.

The largest wine spectacle in the region lasts until Sunday, covering 3.5 thousand square meters of exhibition space, with a total of 110 exhibitors, of which 80 are winemakers.

A one-day ticket to Vinistra costs 150 kuna and another 50 kuna return deposit for a glass. With the purchase of a ticket, Vinistra is giving away a voucher worth 30 kuna that can be used in the pop-up wine shop in Žatika.