Home » Travel » What’s all the talk about? My first impression of Dubrovnik

After spending countless summers in Croatia as a child, and then eventually moving to Zagreb 5 years ago, I often got this stunned question from my American friends: “How have you never been to Dubrovnik?”. When deciding to complete my undergraduate degree in Croatia, the toughest decision was which campus to choose, Zagreb or Dubrovnik. Although I chose to attend the Zagreb campus, I added Dubrovnik to the top of my list of places I wanted to travel to. As time passed by, opportunities and plans lead me to different destinations. And now, after 5 years of living in Croatia, I finally got the opportunity to travel to the city that has attracted people from all around the world for years. 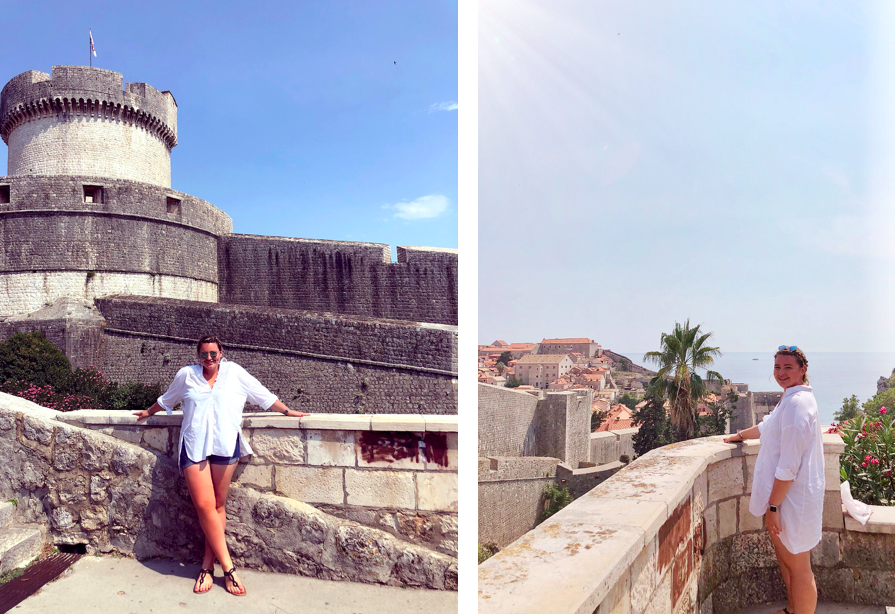 Throughout the city, there aren’t many spots that aren’t overcrowded with tourist during the season, but I managed to find one with a breathtaking view. After climbing a vast amount of stairs, I finally managed to find one of my favorite views of Dubrovnik.

The local experience allowed me to appreciate the pure beauty

Tickets booked, bags packed and I was beyond excited to enjoy 4 days in the beautiful city of Dubrovnik for the first time. Not only was I excited to finally experience the city everyone can’t stop talking about, but I was even more thrilled to be getting a true and authentic experience while there. Since moving to Croatia in 2014, some of the most heartfelt moments have been when I have gotten to see familiar faces from home (Chicago). My trip to Dubrovnik ended up being exactly one of those moments. I was able to explore and enjoy such a historical city while also spending time with friends from Chicago that are originally from Dubrovnik. 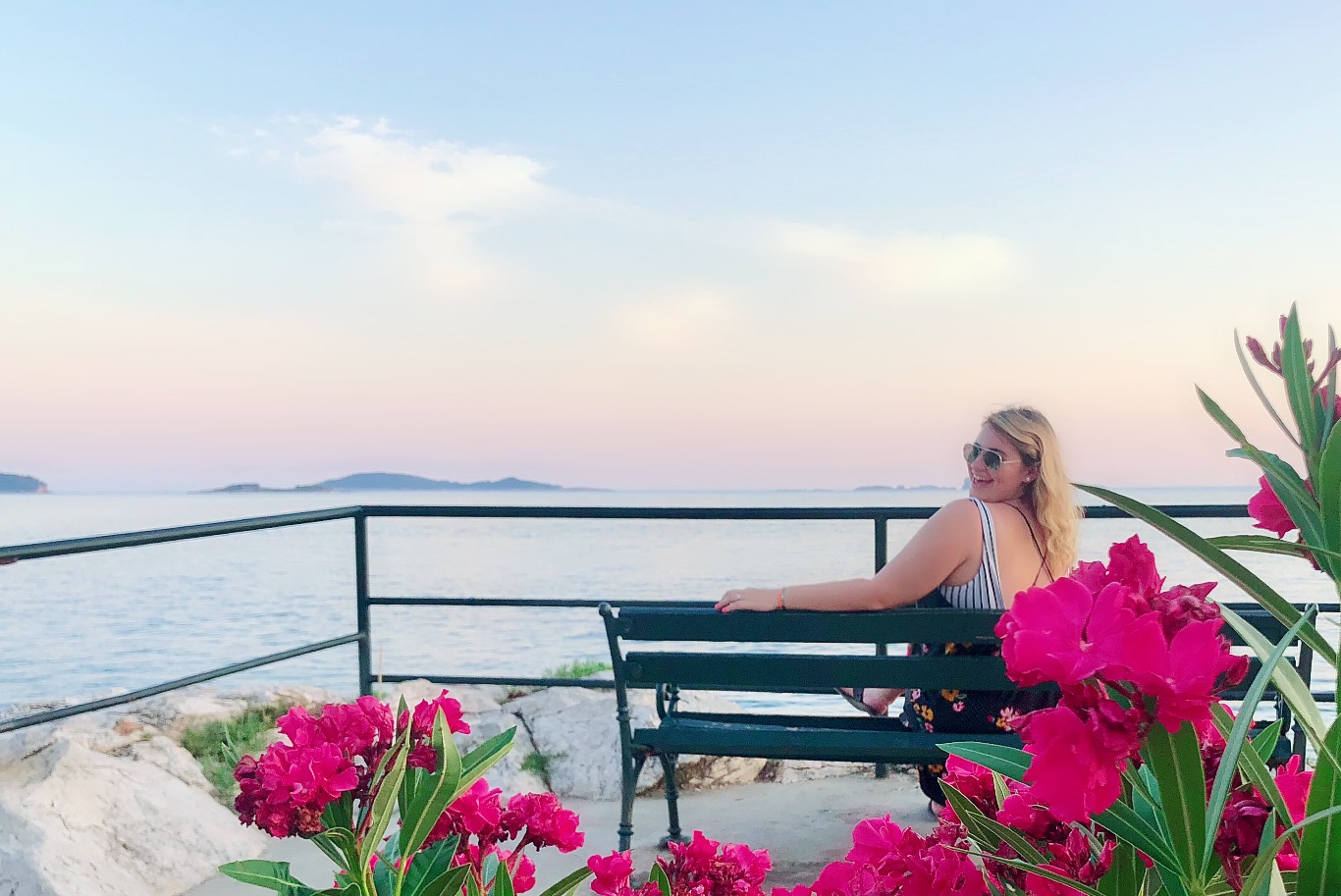 Although I enjoyed Dubrovnik and the sea of tourists, it was nice to get away from the busy city and have a true local experience. While visiting, I stayed in the beautiful city of Srebreno located about 8 km away from Old Town Dubrovnik.

Being such great hosts, they showed me what it really means to be a “Dubrovkinja”. The city of Dubrovnik is all that Trip Advisor says it is, and so much more. Discovering the hidden gems are what my hosts showed me throughout my stay. Things like delicious restaurants, places to enjoy a refreshing drink and the most relaxing beaches are on the list of Dubrovnik’s magical wonders.

Dubrovnik could have been my home

While in Dubrovnik, I visited the RIT Croatia campus and was absolutely blown away. Located just outside of the famous city walls and just a few minute walk to the nearest beach, the UNESCO protected RIT Croatia campus was a true sight to see. 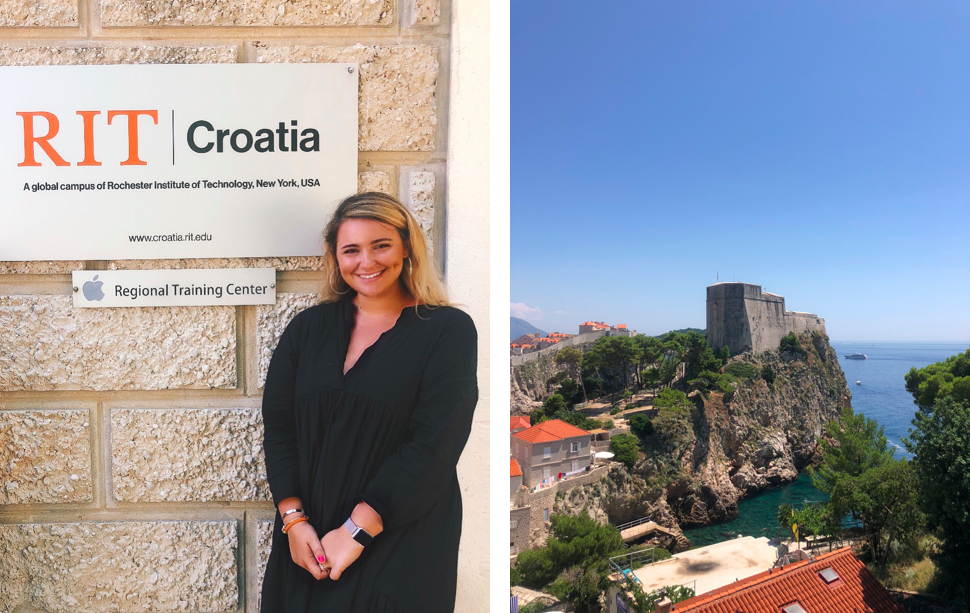 (My first trip to the RIT Croatia Dubrovnik campus and the view from the student’s lounge. The campus is located right outside of the city walls and only a couple minute walk to the nearest beach)

I also had the great pleasure of meeting a current Sophomore student from Ukraine! As she showed me around the campus, she gave me a little feel for what it is really like to study, work and live in such a historic city. Although attending the Zagreb campus for four years was a great experience, it would have been also great to have completed at least a semester at the Dubrovnik campus. 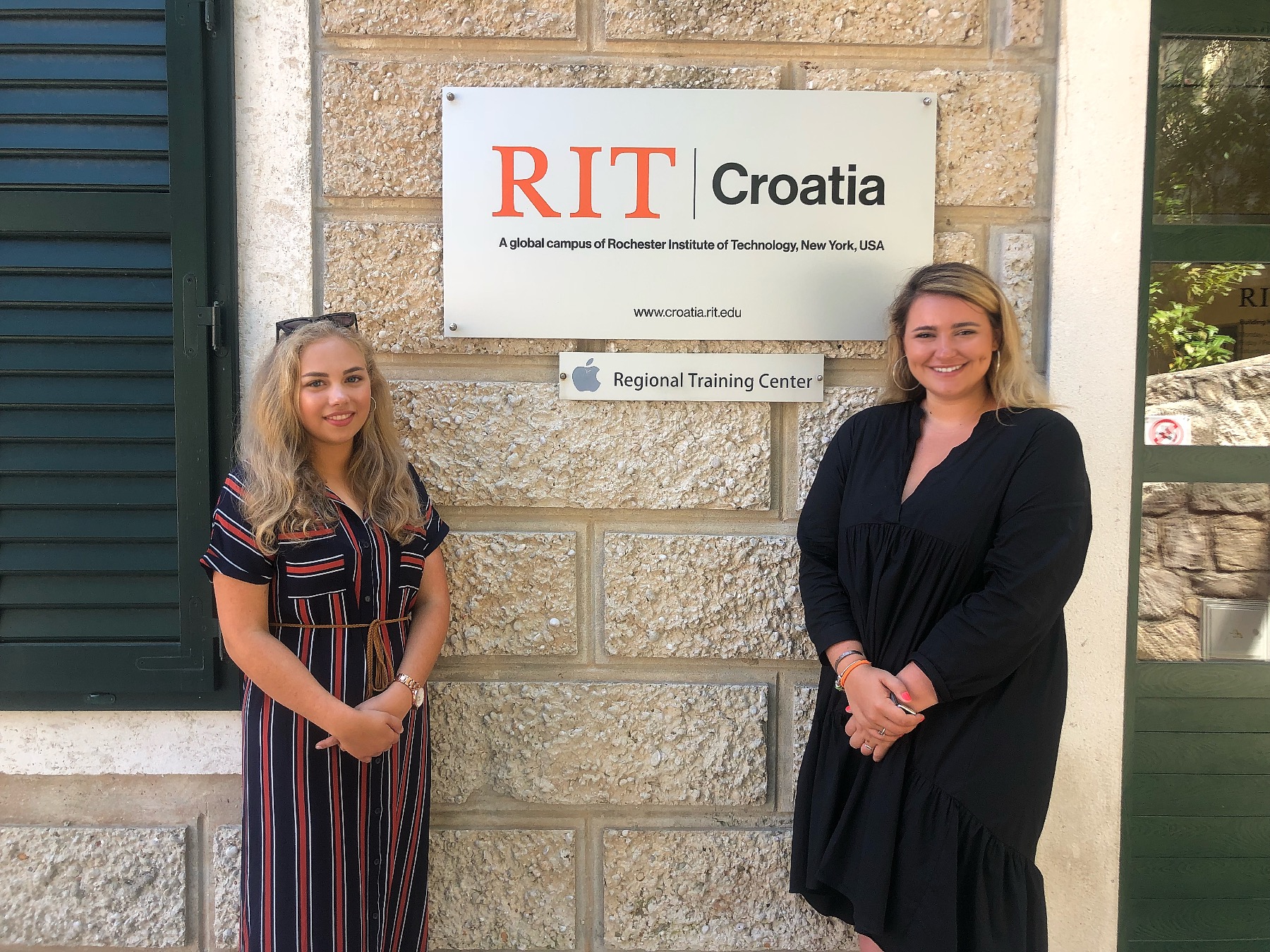 Meet Tanja from Ukraine. Tanja is a sophomore student at RIT Croatia and I had the great pleasure of meeting her and getting to know what it is really like being a student in Dubrovnik.

This was my first trip to Dubrovnik, but not my last

As my trip came to an end, there were so many more things that I still didn’t get the chance to experience so I began thinking/planning my next trip. After meeting such great people and getting to know the city better as well as all the tips my great host family gave me, I can only imagine how great my next trip to this magical city will be.

(This article is an advertorial)