Home » News » What will the Pelješac bridge be named? 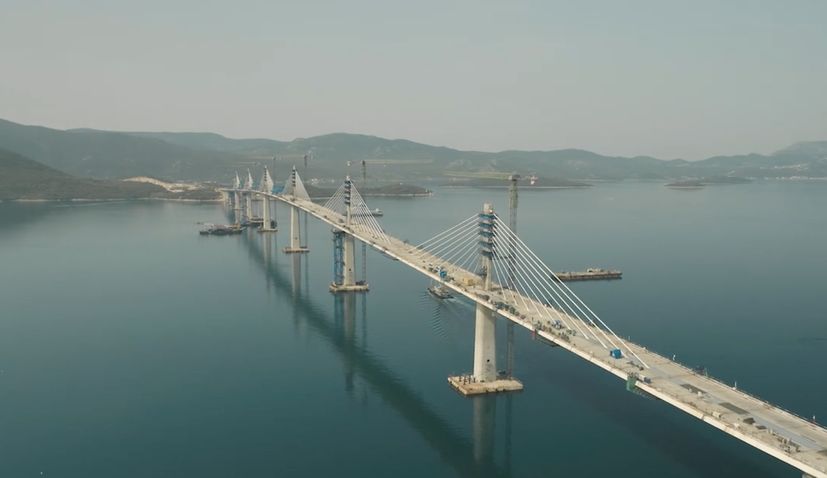 After 300 years, Croatia was full connected again on Wednesday night when the final segment of the 2.4 kilometre-long Pelješac Bridge, which connects the southernmost parts of Croatia and the country’s mainland, was installed.

The bridge was connected three months ahead of schedule and three years after workers from China Road and Bridge Corporation started work in the Bay of Mali Ston.

Pelješac Bridge, worth €550 million, will not open to the public until next summer. Additional work on the bridge such as welding of all raised segments, waterproofing, pavementing, fencing and protection will now be carried out until February.

Also, around 30 kilometres of access roads to the bridge are still being completed and this is expected to be done by June 2022.

Considering the major significance of the bridge to Croatia, the question has been raised about naming the bridge and if in fact the bridge will get its own name.

When the Minister of Sea, Transport and Infrastructure Oleg Butković was asked in a recent interview with daily Večernji list about whether the Government is considering an official name for the bridge, he said.

“That bridge has been expected for so long and I think that the name Pelješac Bridge is already rooted in the Croatian people, but the Government will make the final decision. So far there are no initiatives on another name.”

In the meantime, a number of suggestions have been put forward should it be decided that the bridge gets a new name.

Dražen Klarić, who is the author of the successful exhibition “Croatia to the World” and editor-in-chief of Večernji list, suggested that the bridge be named after the great Faust Vrančić.

Vrančić is a Croatian erudite and inventor born in Šibenik in 1551. He was educated in Hungary and moved in the circle of famous scientists. He himself has explored many areas. He published the results of his work in several books, but his main works are Dictionarium and New Machines (Machinae Novae), with which he gained world fame during his lifetime.

His most famous invention was the Flying Man, the so-called “Homo volans”, which was the forerunner of the parachute. Also, the Pelješac bridge is built by the technical construction of suspension bridges, exactly as Vrančić had foresaw it in his Machinae Novae 400 years ago.

In a recent survey conducted by Večernji list with around 20,000 people taking part so far, Pelješki most (Pelješac bridge) is the most popular name with 67% in favour. Faust Vrančić is next with 17%.

“The name ‘Pelješac bridge’ has already entered into jargon but that does not mean that it would not be appropriate for it to get an official name. The idea to be named after Faust Vrančić is quite appropriate because this Croatian great and inventor was the first in the world to construct a suspension bridge,” says leading Croatian communication expert Božo Skoko, before adding.

“However, I would suggest another name that should be considered – the Marco Polo bridge. According to tradition, Marco Polo originates from neighbouring Korčula, the bridge was built by the Chinese, and Marco Polo connected China and Europe.”

The government is not expected to make an official decision on the bridge’s official name until closer to its opening.