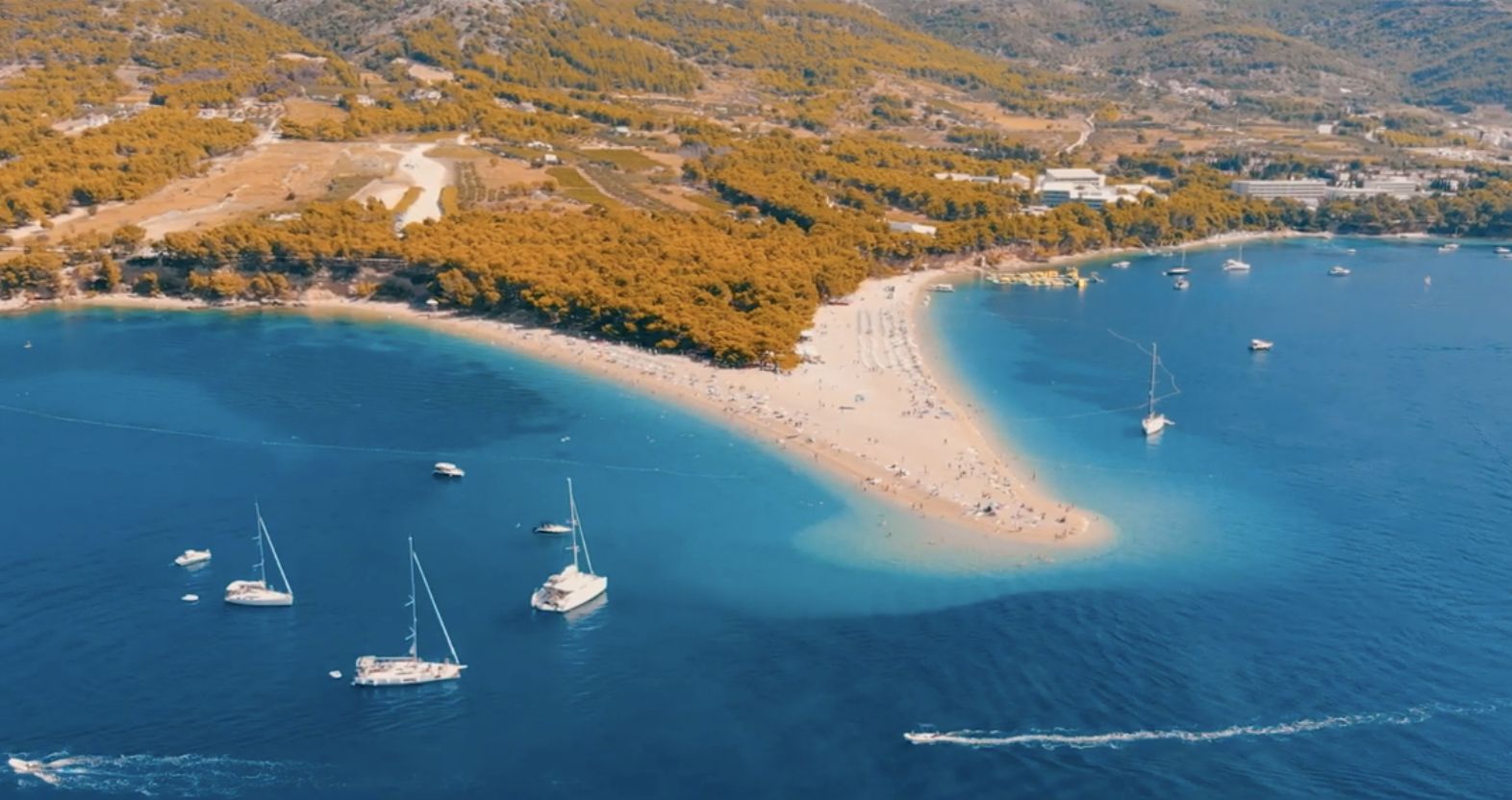 Another gem of the Croatian coast, and also the largest island in Dalmatia and the third largest on Croatia’s Adriatic coast, Brac, is full of spectacular nature, beaches and historical monuments.

The island’s tallest peak, Vidova gora, or Mount St. Vid, stands at 780 m, making it the highest island point of the Adriatic islands. The island, which has a population of around 14,000, is home to Zlatni rat beach which was recently voted the no.1 beach in the world.

There are more than just stunning beaches and coves on the island, there is a lot of history with archaeological findings in the Kopacina cave between Supetar and Donji Humac have been dated to the 12th millennium BC.

There is also the historical and magical Blaca Monastery, Dragon’s cave, which originates, according to some, from the 4th century, famous Brac stone and more.

Recently, the team at SHOOTME photo&videography visited and captured the island from the air in this stunning video below.