A video which went viral is helping the dream of a young boy from a Croatian family in Canada come true.

When Josipa Dragicevic posted a video of her son Toma asking for help she had no idea what would happen next.

“My nine-year-old twins Toma and Drina were both born deaf. They now wear cochlear implants and have beeb able to hear since they turned two,” Josipa explained to us.

Toma’s dream has always been to play ice hockey but for years he could never find a helmet that would fit over his cochlear implants without knocking them off.

Cochlear implants are small electronic devices that bypass damaged parts of the inner ear and send sound directly to the auditory nerve. They allow some deaf people, like Toma, to hear.

The transmitter behind the ear does not fit in a normal helmet with tight protective padding and is easily dislodged. Makeshift or re-jigged helmets will not do either as Hockey Canada’s rules say everyone must wear a CSA-certified helmet.

Two weeks ago, the Dragicevic’s took their search for a helmet to the internet. Toma, dressed in a Toronto Maple Leafs jersey, stood in front of the camera and held up pieces of paper with messages on it.

“Dear Leafs, my name is Toma, I was born deaf and now I can hear with cochlear implants. I can’t play hockey because of my implants. Can you help me find a helmet so I can play.” 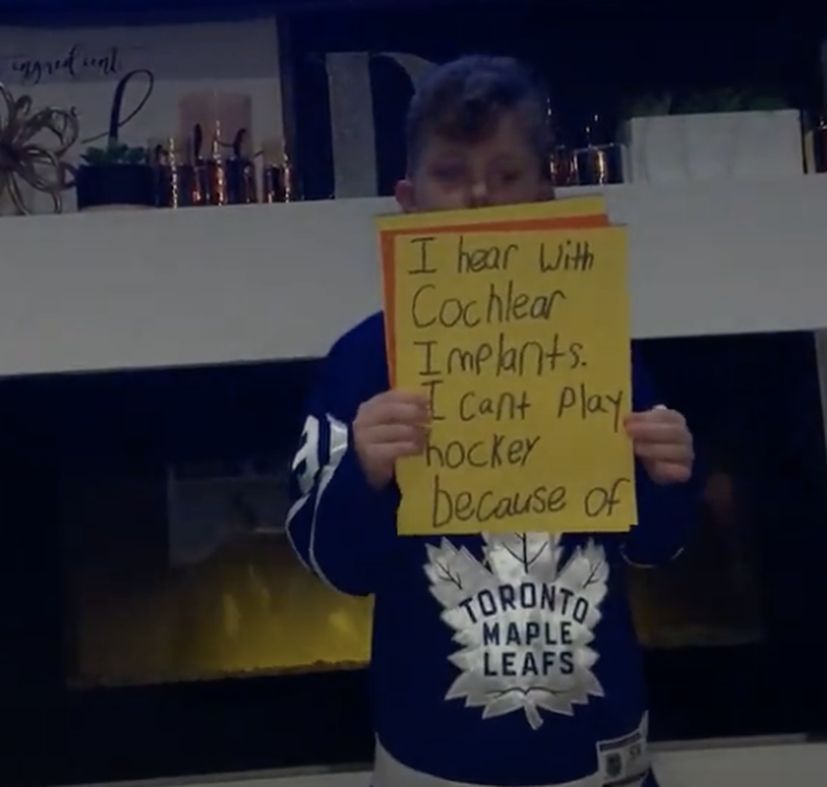 Toma made a video during the Maple Leafs game (Private album)

“The video, posted on Instagram and Facebook, went viral and Toma started to receive messages from players in the NHL, the Maple Leafs and so many different companies wanted to create him a helmet,” Josipa said.

The video was watched by tens of thousands of people with over 2,100 comments coming in.

Josipa says that among those that got in contact were the Leafs’ equipment manager, one of Wayne Gretzky’s kids, San Jose Sharks’ defenceman Brent Burns and the wife of Leaf winger Zac Hyman, who happens to be Toma’s favourite player.

On Tuesday, CCM, a Canadian brand of ice hockey equipment, came to fit Toma at his house for a custom helmet. The Dragicevic’s, who live in Hamilton Ontario, have three kids, Toma, Drina and older brother Tadija. The family are strongly connected to their Croatian roots.

Josipa’s mother is from Slavonia and her father is from Karlovac, whilst husband, who is also named Toma, has family from Medjugorje in Hercegovina. 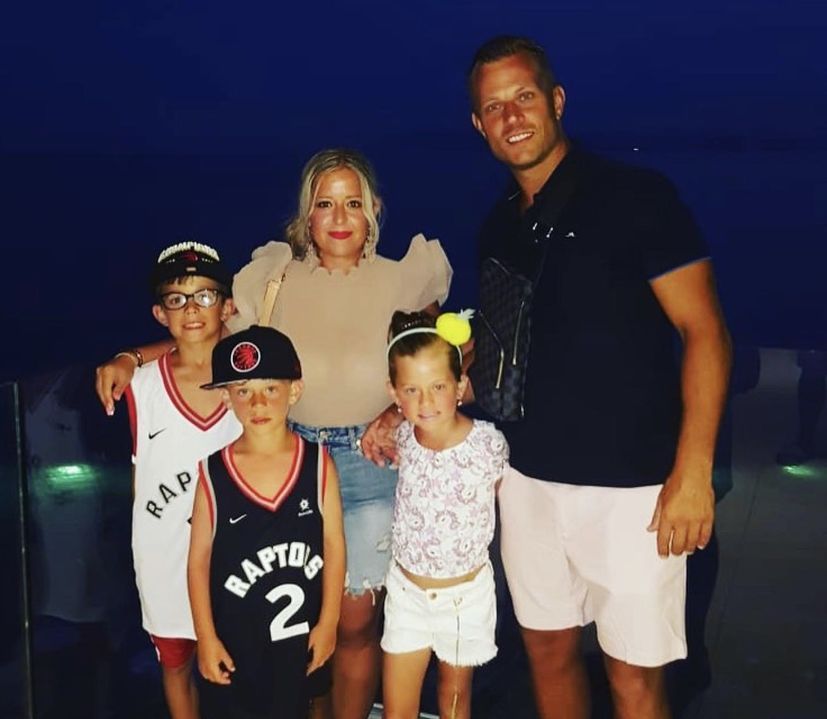 The Dragicevics on holiday in Croatia (Private album)

“Soon he will be able to play hockey wearing the helmet that the Leafs and NHL players wear, thanks to the Toronto Maple Leafs and CCM,” Josipa concludes.