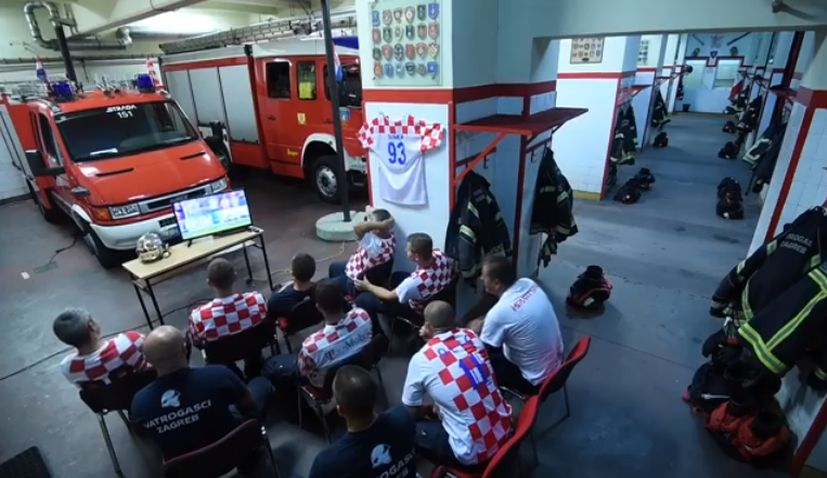 Messages and videos of support have flooded in for the Croatian football team ahead of their crucial World Cup semi-final clash against England tonight.

Messages have come in from all corners of the world as Croatia, a nation of just 4 million people, look to play in the World Cup final. Some of the messages of support have even come with a message for fans watching who will be watching the match in the capital Zagreb.

Thousands of fans will be on Zagreb’s main square and at bars in town again and in true Croatian style, they will come with flares and fireworks in hand ready to celebrate. Zagreb Firebrigade sent fans a message in a humorous video, playing on the team’s nickname – Vatreni (Fiery).

“Vatreni play today for a place in the World Cup final. We are not Vatreni, but we do deal with vatra (fire). Be careful with flares and fireworks so we can (finally) watch Vatreni,” was the message of the video below.

Scenes in Zagreb after Croatia qualified for the semi-final.