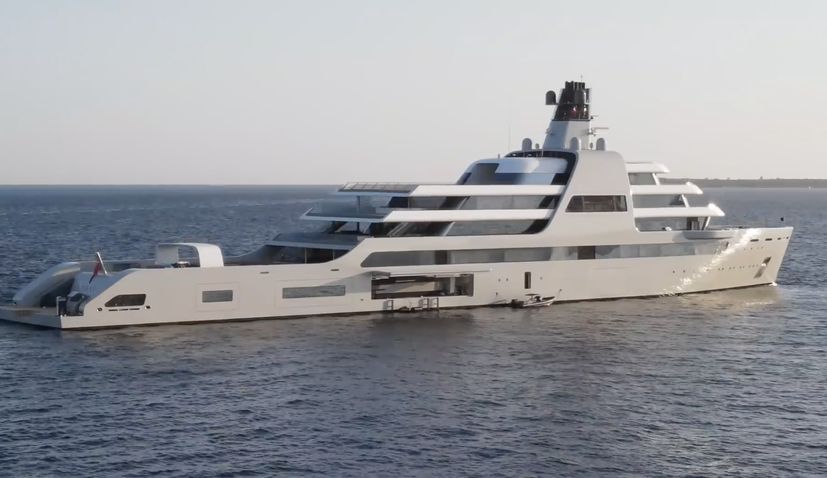 The US$610 million megayacht ‘Solaris’ is turning heads in Croatia.  Solaris is the new toy yacht owned by Russian billionaire and Chelsea FC owner Roman Abramovich.

The regular visitor to Croatia is showing off his brand new megayacht which is reportedly the world’s most technologically advanced, safest and most expensive custom yacht.

Solaris is 460 feet long, has eight decks and 48 cabins and can accommodate a crew of 60 and 36 guests. There is a heliport, swimming pool, gym, sauna, beauty salon and restaurants on board, and on the open main deck there is a ‘beach club’. It also has its own flotilla of jet-skis.

Some of the specs which make it the most technologically advanced custom yacht include state-of-the-art security with a radar-controlled missile detection system, bulletproof windows and armoured protection.

Solaris this weekend was spotted near Dubrovnik on the southern Dalmatian coast. The yacht was in Plat in Župa Dubrovačka, Dnevnik.hr reported.

The new yacht outshines he most recent megayacht, Eclipse, which cost about half a billion dollars. Eclipse was a regular visitor to Croatia and was spotted also back in May this year.

Roman Abramovich is rarely caught by photographers walking around Dubrovnik, because he prefers hidden coves. He is more often spotted on the nearby islands of Mljet or Šipan.

You can see the yacht up close in the video below courtesy of Bruno Buisson.