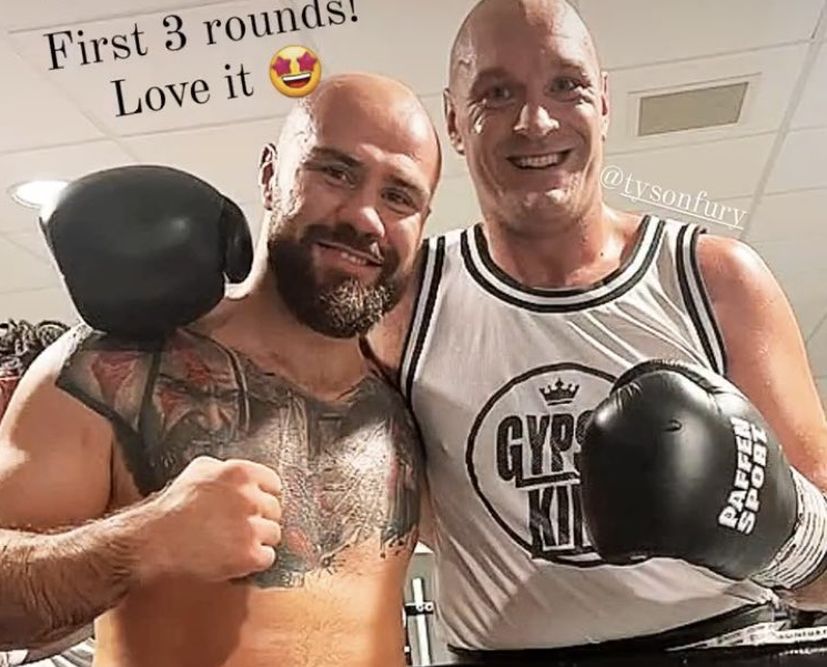 The Gypsy King is in camp in Manchester ahead of his trilogy fight with Chisora and he has called the Croat in for assistance.

The hard-hitting Babić was brought in by Team Fury to give Tyson some solid rounds ahead of the fight on 3 December at the Tottenham Hotspur Stadium in London.

“I just arrived at the Fury training camp and I am so excited because this is the best work in the whole world for me, I love being a sparring partner, I love that even more than being a boxer,” Babić told SecondsOut on Monday.

Babić says he was called in to camp because Fury’s team saw the similarities in styles with Chisora.

“They called and I said yes straight away and they sent a ticket. So yesterday in Croatia and today in Manchester. It is that easy with me. He (Fury) is such a good dude, he showed me around and got me a nice apartment. I like him. ” he said.

After his first session with the champ, Babić posted a photo on Instagram with Fury. “First three rounds.” 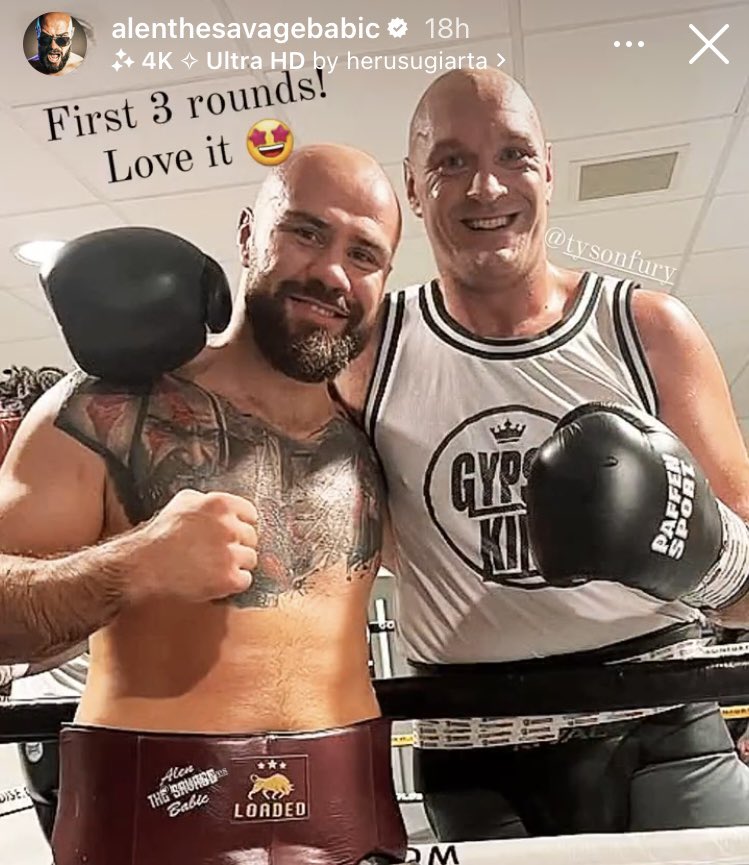 Babić who has a 11-0 record with 10 KOs, says he is ready to fight again and is frustrated that there is no fight on the horizon.

“It has been too long. Give me somebody. Bring me anybody. I miss the lights, I miss everything.”

You can check out the interview below.