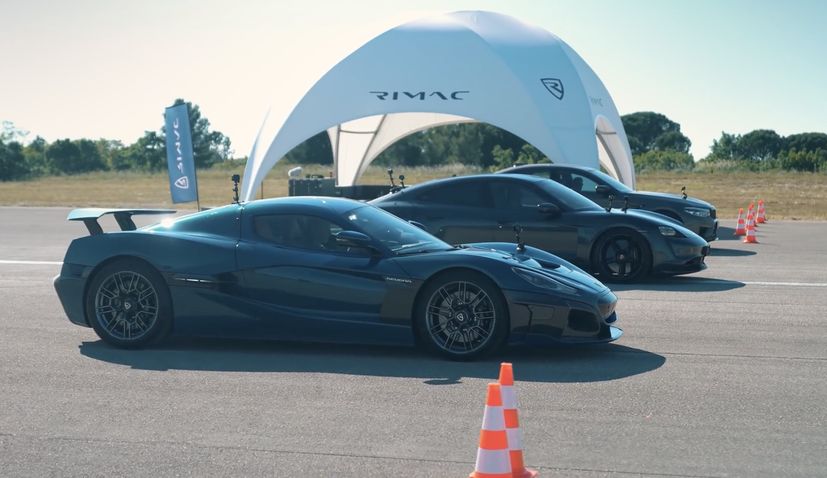 Rimac Automobili CEO Mate Rimac called it the most powerful car ever produced.

“From 0 to 100 km / h it takes less than two seconds, and up to a quarter mile in less than nine seconds, making it the fastest accelerating car ever on the road. It has the largest battery pack on the market, of 120 kilowatt hours (kWh), and the fastest charging with a maximum charging power of 500 kilowatts (kW),” Rimac explained.

To show just how quick it is, Mat Watson from carwow got behind the wheel of the Nevera and had a ‘mighty drag race’ against the Porsche Taycan Turbo S & BMW M5 Competition on an airport runway in Velika Gorica near Zagreb.

“As we already know, the Nevera is an absolute BEAST! Packing 4 electric motors, it has the ability to produce 1,914hp and an astronomical 2,360Nm of torque! Even though the Taycan Turbo S & M5 Competition are seriously powerful machines, their stats look positively weak in comparison! In fact, even when you combine their power & torque, they ‘only’ combine to create 1,386hp & 1,800Nm – still way down on the Nevera!.”

Almost the entire development and design of the Nevera was done in Croatia, as well as a large part of the vehicle.

Check out the race in the video below.