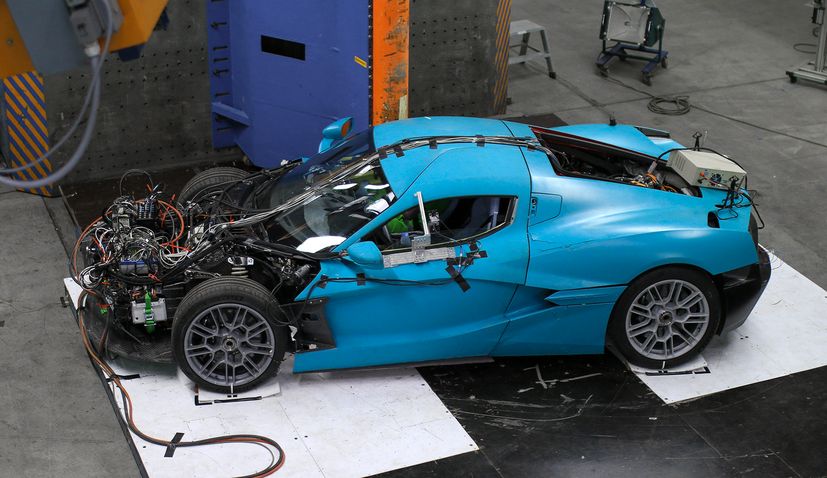 The Rimac Nevera has been independently verified as the fastest accelerating production car in the world.

In total, Rimac Nevera prototypes were subject to 45 separate physical crash tests, and many more static passive safety tests – all necessary to ensure customers throughout the world can safely experience Rimac’s next-generation all-electric hypercar on the road.

The final test, which took place end of January, was the demanding side pole test, conducted at 32km/h and simulating a side impact with a lamppost. With very little of the car’s body and chassis between the pole and the occupants, and very little energy absorbed by the pole, it’s one of the most difficult tests a car can be subjected to.

The structure of the Nevera proved to be so effective at distributing the crash energy that the door on the impact side could still be opened after the test. This test was the last passive safety US-homologation test, while European homologation tests were completed in 2021.

Passive safety for the Nevera has been developed by the in-house team at Rimac, initially using High Performance Cluster computers, capable of digitally simulating in near-perfect detail the effects of a crash test impact on every single component of the Nevera. Despite a physical crash test impact taking just 80 milliseconds – less than a blink of an eye – to simulate a test takes the computers 20 hours of processing time. Only once engineers have achieved the desired results digitally do they make adjustments to the physical cars and subject them to ‘the wall’.

The Nevera was designed from the very beginning to be extremely safe, built around an advanced carbon fibre monocoque extending between the front and rear suspension attachments. As a result, the Nevera is the stiffest production car ever created, with a torsional rigidity of 70,000 Nm/degree – a regular supercar will be around 40,000 Nm/degree. The monocoque also forms part of a very stiff survival cell that helps to dissipate energy around the occupants in the case of a crash. The roof of Nevera can resist more than three times the weight of the car.

Throughout the crash test program since 2019, Nevera prototypes were subjected to the most extreme of conditions. During this latest side pole test, the occupant – a 200,000 eur crash test dummy – experienced up to 25 g of lateral acceleration, but have been subjected to 41g during the frontal wall crash test at 56km/h. The highest impact speed Nevera experienced during the process was in the US-market rear crash test, completed at 80km/h. Furthermore, the last crash test resulted with the dummy’s load results being all green with high margin. 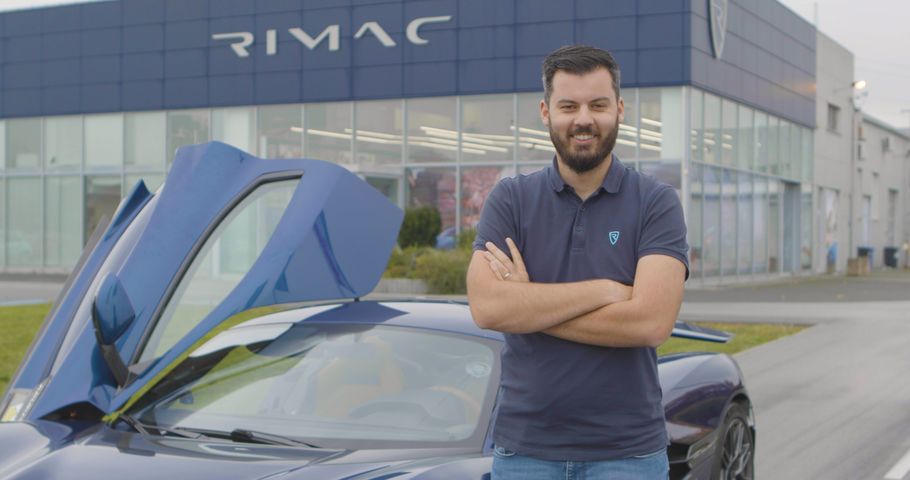 Rimac has been transparent with the crash test process, publicly sharing everything from the early materials tests, the prototype developments and these final crash tests. Members of the media have been actively welcomed in throughout the entire journey of creation for the Nevera, too, offering unrivaled insight into the development of a transformational all-electric hypercar from the ground up.

“The Nevera was designed to excel in every area, with each component scrutinized and carefully engineered to deliver the best possible performance. For four years now we have been applying that same painstaking attention to detail to the safety of Nevera, with engineers working tirelessly on thousands of digital simulations and modifications to prototype vehicles, just to see their work destroyed during the crash testing process. All of their efforts has been absolutely crucial to the development of Nevera, and as this latest test concludes the Nevera crash-testing program, which brings us close to finally being able to hand over our next-generation all-electric hypercar to its first owners throughout the world,” said Mate Rimac, Rimac Group founder and CEO.