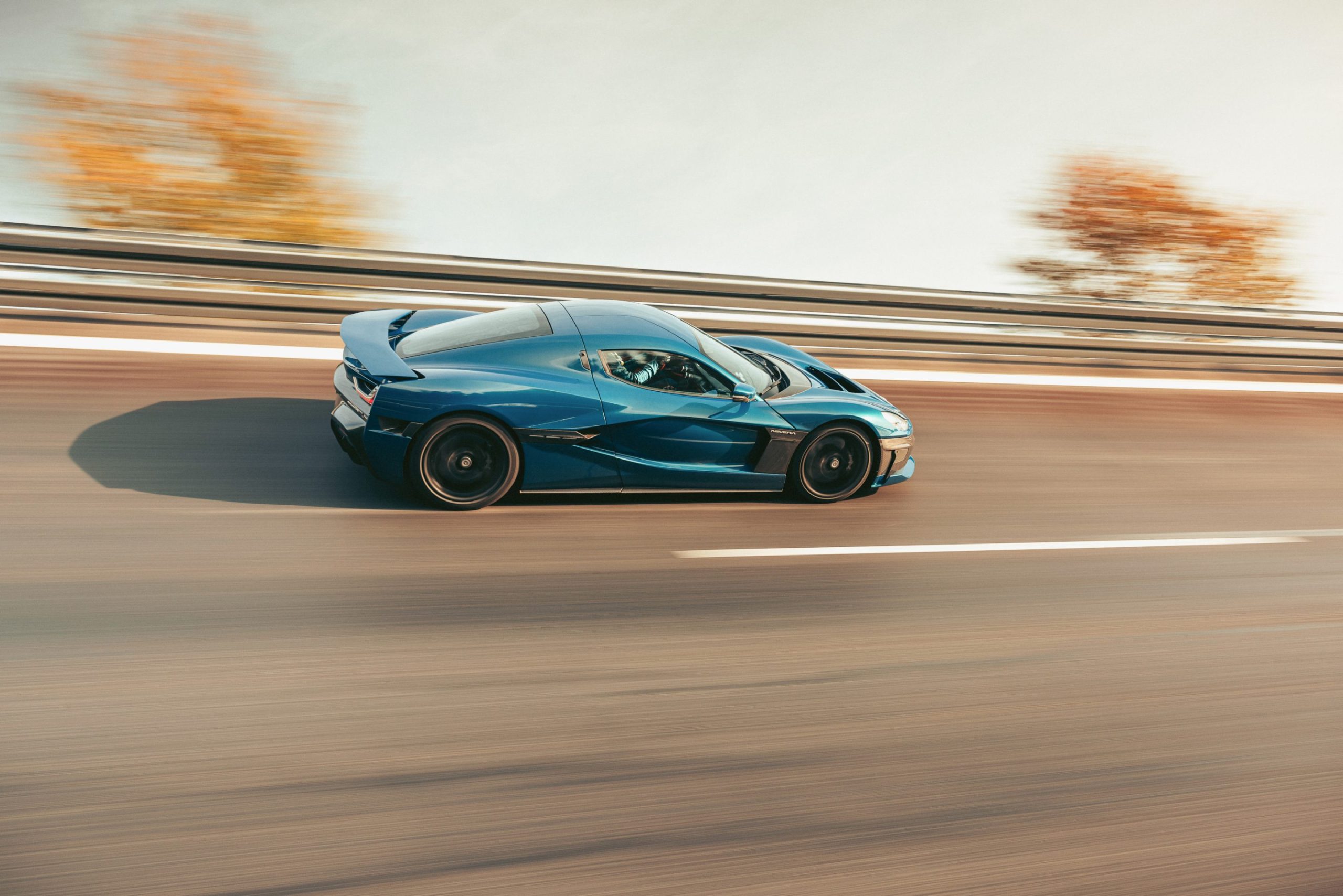 The Rimac Nevera has set a top speed of 412kph (258mph), making it the fastest electric production car in the world. The record-breaking feat follows on from the Nevera’s independently verified 8.582-second quarter-mile run in 2021, which made it the world’s fastest accelerating production car.

The Rimac team looked specifically for an oval with straights long enough to achieve the Nevera’s top speed, eventually settling on the Automotive Testing Papenburg track in Germany, with two 4km straights. Facilities where it is possible to achieve speeds of over 400 km/h, are very few and far between as it is very rare that a car can even achieve this performance.

The Nevera was set into its top speed mode, creating an aerodynamic profile that balances drag and downforce to ensure stability at high speed. Fitted with road legal Michelin Cup 2R tires, and with the oversight of a Michelin technician to check their condition, the record-setting run got underway.

Behind the wheel was Miro Zrnčević, Rimac’s Chief Test and Development Driver. It was his challenge to get the perfect entry onto the straight from the track’s curved sections to give the car the best possible chance of reaching V-MAX. As the car levelled out of the banking, travelling around 250kph (155mph), Miro unleashed the full power of the advanced four-motor Rimac-developed powertrain and battery pack, catapulting Nevera well into the 400kph range. 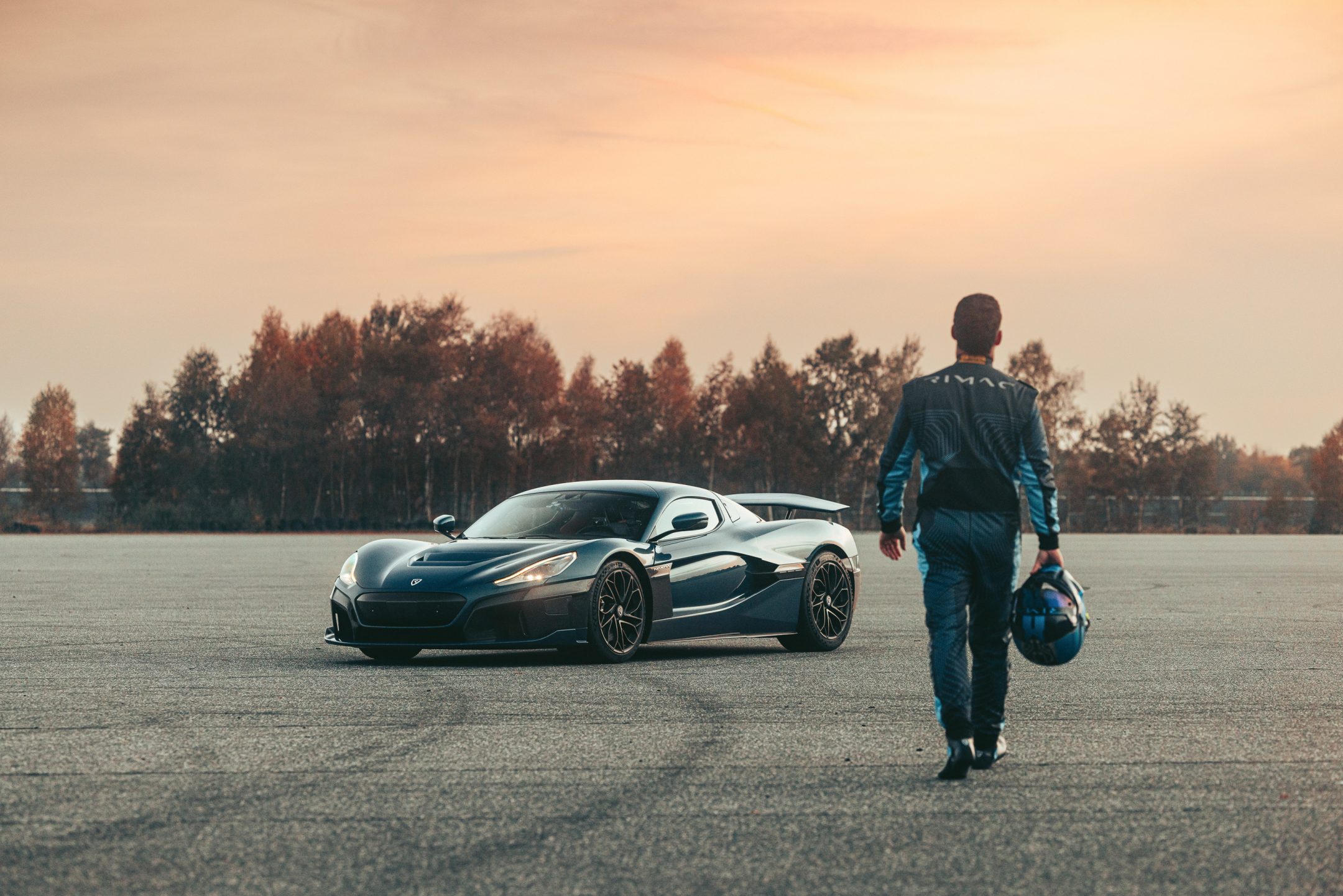 It wasn’t until Miro had lifted off the throttle, bringing the Nevera back down to more normal speeds safely, that the news came over the radio. 412kph (258mph) – exactly as simulated many years ago. Fast enough to make Nevera the World Record holder for fastest EV production car and also the fastest car ever recorded at Automotive Testing Papenburg. The top speed was measured using Racelogic V-Box, a high-precision GPS-based measurement device. The 412kph top speed was a target set by the Rimac team when the car was first unveiled as the C_Two at the Geneva Motor Show in 2018, and only now – after a collective 1.6m hours of development – was it verified.

Miro Zrnčević, Rimac’s Chief Test and Development Driver: “To travel at 412kph, or 258mph, means travelling at a third of the speed of sound. Simply achieving that alone in a road car is incredibly complex, but in Nevera we have created a car that can travel long distances on a single charge, can tackle tight and twisting race tracks and can drift as well as break straight-line speed records, both for acceleration and V-MAX. I’ve driven Nevera since it first turned a wheel and to see the perfectly honed car that is today is a really emotional moment. The most important thing I have learned during the top-speed attempt is how composed and stable the car was – confirming that our aerodynamics and vehicle dynamics teams have done an amazing job.”

The Nevera is delivered to customers with a limited top speed of 219mph (352kph) but can achieve the 412kph (258mph) top speed in special customer events with the support from the Rimac team and under controlled conditions. As tires are under a huge amount of stress during such runs, most of the pre-cautions are directed towards making sure that the tires are properly set-up for such high speeds. Production of the Nevera is currently underway at Rimac’s HQ on the outskirts of Zagreb, Croatia, and the first cars are already with customers around the world. 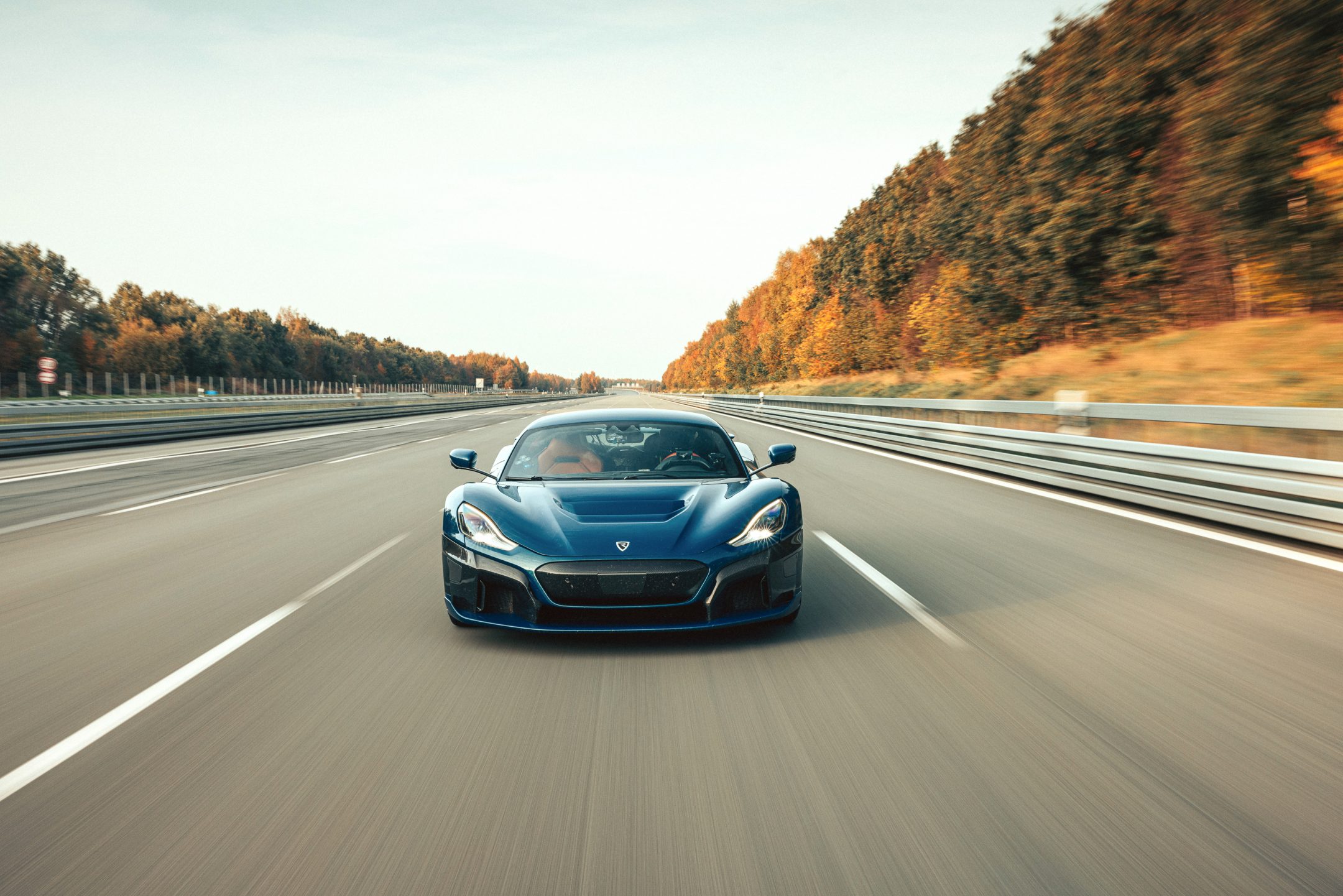 Developed to offer next-generation hypercar performance, Nevera has delivered on its promise of setting a new paradigm. Now both the fastest accelerating production car in the world and the fastest EV production car, it marks a new era in the evolution of automotive performance, achieved using technology designed, developed and produced in-house at the Rimac Group. 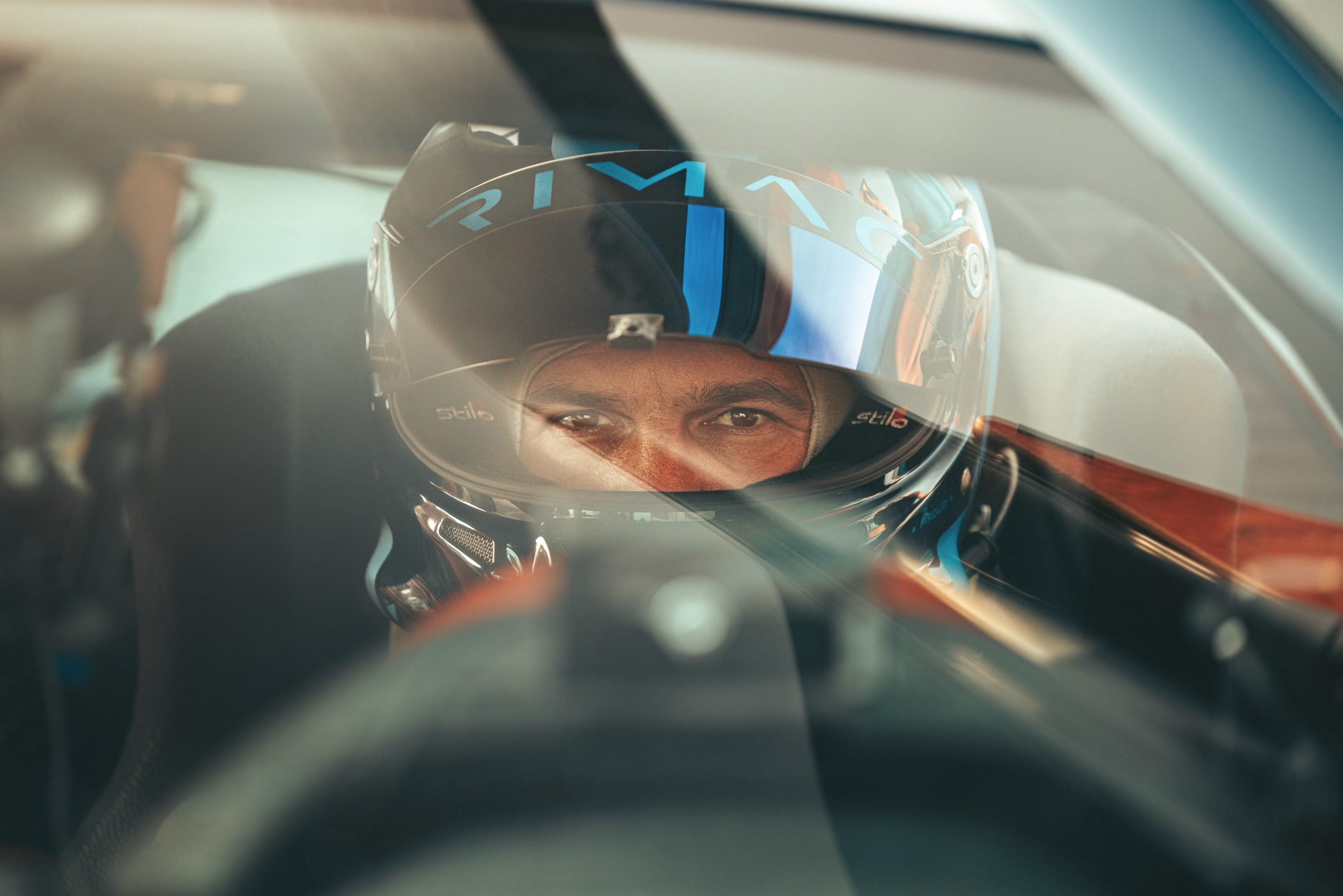 The Rimac Nevera produces 1,914hp from four Rimac-designed electric motors, which propel the hypercar from 0-60 mph in just 1.85 seconds, and to 100mph in 4.3 seconds. Proudly sporting a name in honor of its homeland, a Nevera is an unexpected Mediterranean summer storm off the coast of Croatia. As such, the Nevera can transform from a comfortable, adept grand tourer, track-focused machine or top speed record-breaker in the blink of an eye.