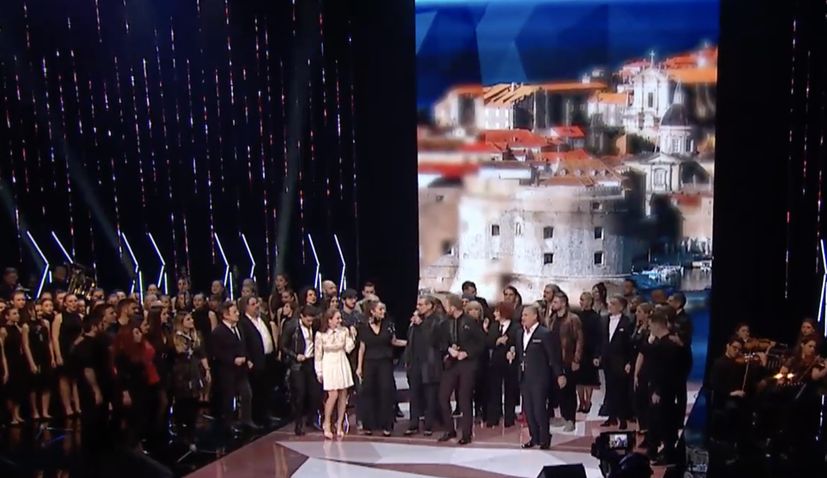 ZAGREB, 6 March 2020 – A remake of a legendary Croatian song recorded in 1991 by the nation’s most prominent musicians at the time has premiered on Friday night.

The song ‘Moja domovina’ (“My Homeland”) was originally recorded in 1991 as a charity single by “Croatian Band Aid” (Hrvatski Band Aid).

The song was released in the initial stages of the Croatian War of Independence. Although almost three decades have now passed since the song was first aired, its popularity hasn’t diminished through the years and for the first time a new group of artists have been brought together to form Croatian Band Aid once and performed the version live at the Golden Studio Awards Gala tonight.

Check out the new version below.