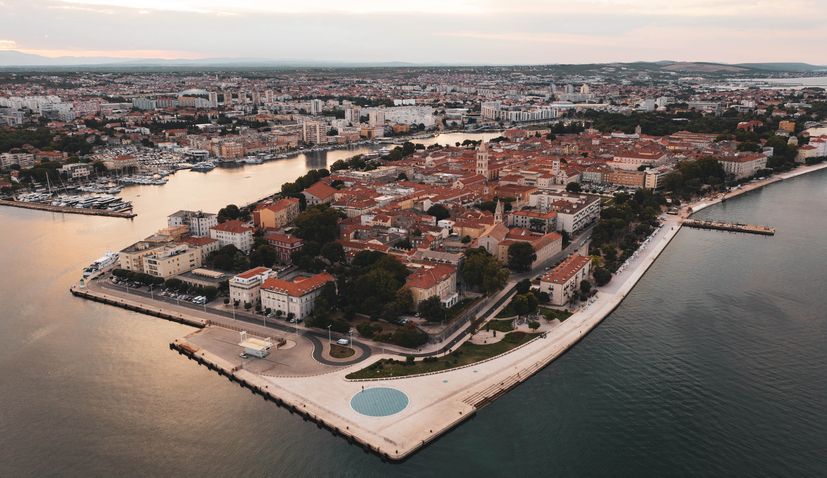 The destination promo film ‘Meet. Feel. Explore. Zadar’ has taken first place in the “Culture and Heritage” category at the prestigious XV International Tourism Film Festival ART&TUR in Portugal on Friday, in which 18 countries participated.

The film, from the Tourist Board of the City of Zadar which was created by the production company Kreathia Studio and directed by Igor Goić, recently took first place for the best Croatian tourist film in the category “Tourist destination – city” at the recently held International Zagreb Festival of Tourist Films.

“When we started this project, we had an idea and a handful of people who believed in it, but it never crossed my mind that today I would stand on the Portuguese stage and receive such an important award! If it weren’t for the director of the Zadar Tourist Board, Mario Paleka, I don’t think I would have personally entered it in any competition. I guess we artists are like that, we always need someone from the side who will recognise us and push us in the right direction,” laughs Goić, who at the same time pointed out that this festival is a perfect experience that will greatly help him in his further work.

Director of the Zadar Tourist Board, Mario Paleka, pointed out after the award that entering the final itself was an exceptional honour, and winning first place at a recognised international festival is of great importance for the city of Zadar.

“This created an excellent opportunity to promote the city itself and its surroundings on various foreign markets. Equally, this award showed that we believe in our people and that we support local artists, such as Goić. This is how we proved that as a city we have something to show and that we can, and must, invest in our people who can adequately and qualitatively present us in various domains, at various international festivals. They just need to be given a chance,” concluded Paleka.

This Portuguese festival is one of a total of eleven member festivals of CIFFT (International Association of Tourist Film Festivals), which organises the competition for the best tourist film in the world.

At the awards ceremony, which took place on Friday evening in a modern theatre in the town of Ourém, near Fatima, filmmakers and tourism experts, professionals who deal with this, one of the most lucrative economic branches, and lovers of attractive destinations gathered. 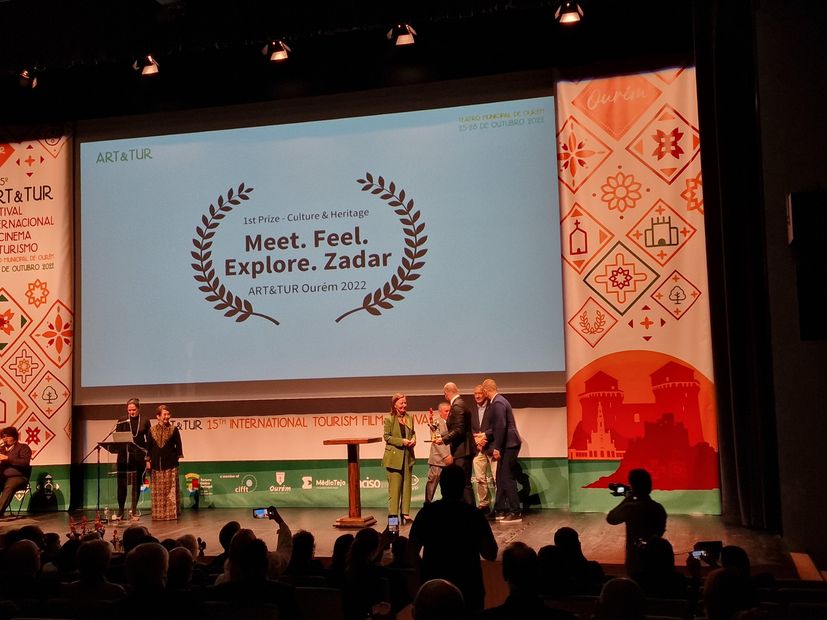 Accepting the award on stage

Among the ranks of the international jury, which included renowned people from tourism and production, there was one Croatian woman,  experienced film producer and director of the Zagreb TourFilm Festival, Spomenka Saraga, who praised the work from Zadar.

“The film is excellent, which was also shown at my festival! And getting an invitation from the organisers in Portugal is a big deal, just like entering the final. But to be among the awarded films of this caliber, believe me, is very good! That’s why winning the first place in the thematic category “Culture and Heritage” is very significant, both for the director and for the city itself,” pointed out Saraga, who added that Croatia had a large number of quality films at this festival and it did extremely well.

Mayor of Ourem and Spomenka Saraga with the Croatian delegation

“Our filmmakers won four awards, which shows that as a small country we are going in the right direction. I am happy with the young hopes and new energy that the destinations will show in a different, more innovative and interesting light,” she concluded.