The music video for the new ceremonial song of Croatia’s Primorje-Gorski Kotar County premiered on Saturday.

The video for “Zavičaju, tebi”, sung by talented young singer Mia Negovetić, was filmed at a number of attractive locations of the Frankopan castles, within The Routes of the Frankopans, which is the largest cultural project of the Primorje-Gorski Kotar County.

From the beginning of the 12th century to the second half of the 17th the Croatian aristocratic Frankopan family left numerous traces of their influence and power throughout Primorje-Gorski Kotar County. The Routes of the Frankopans cultural-tourist route encourages the evaluation, restoration, protection and innovative interpretation of 17 Frankopan castles and 3 sacral buildings.

The Primorje-Gorski Kotar County is in western Croatia and includes the Bay of Kvarner, the surrounding Northern Croatian Littoral, and the mountainous region of Gorski Kotar. It also includes the islands of Krk, Cres, Lošinj, and Rab.

A number of artists from the County gathered to make the video, including Juraj Zigman who made the Frankopan-motivated costumes, and Negovetić, who embodied the character of Ana Katarina Frankopan. 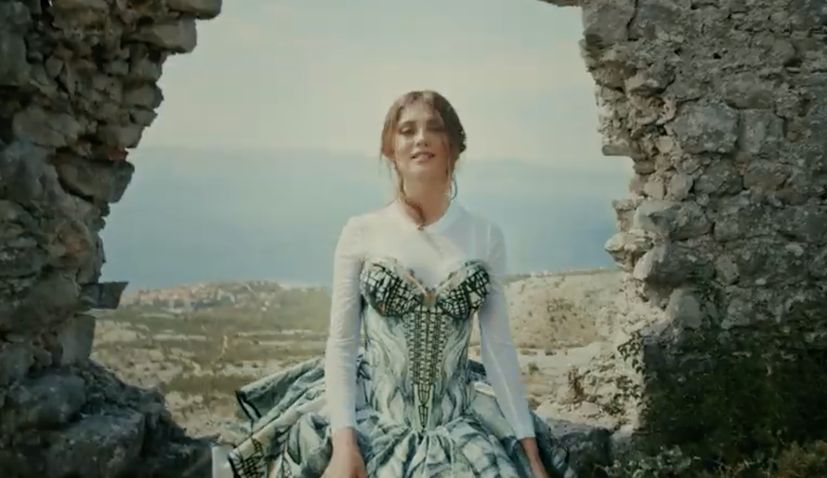 Petar Baljak acted as Petar Zrinski in the video which was produced and directed by young creatives from Kastav – Lumiere Production.

Through the love story of Ana Katarina Frankopan, the story of women from the Frankopan family who, with their femininity, beauty, strength, mind and skills, significantly influenced the lives of their husbands, children, and the people are told in the video.