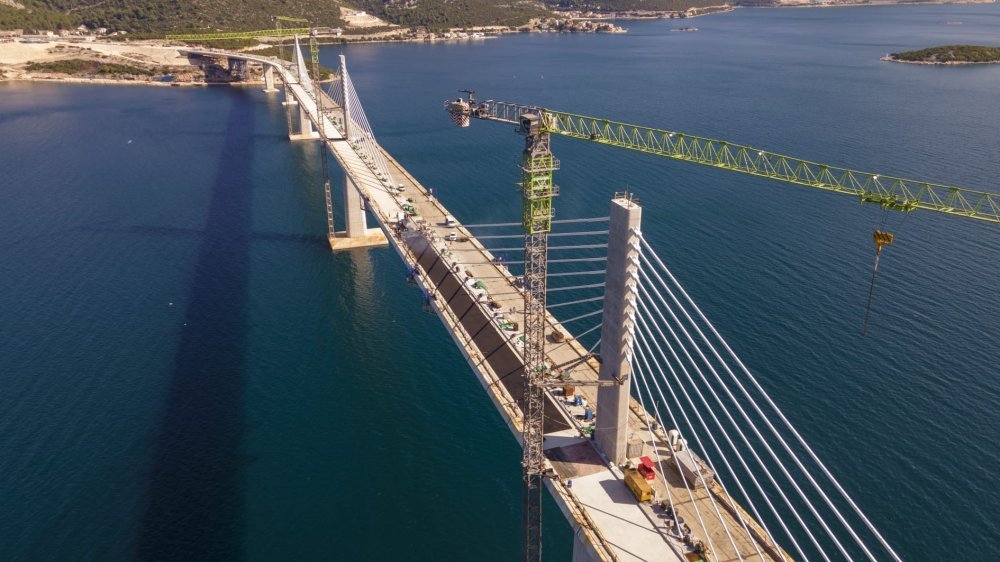 Back in July, the final segment of the 2.4 kilometre-long Pelješac Bridge, which connects the southernmost parts of Croatia and the country’s mainland, was installed.

Before the bridge opens to the public in June 2022, access roads need to be completed, as well as additional works on the bridge which are currently being carried out.

A couple of weeks ago, the first layer of asphalt was laid on the bridge. Croatia Roads said that the asphalt used is not classic asphalt but a special type which is poured on the road surface with a special technology and it provides much better protection from water and sea salt. 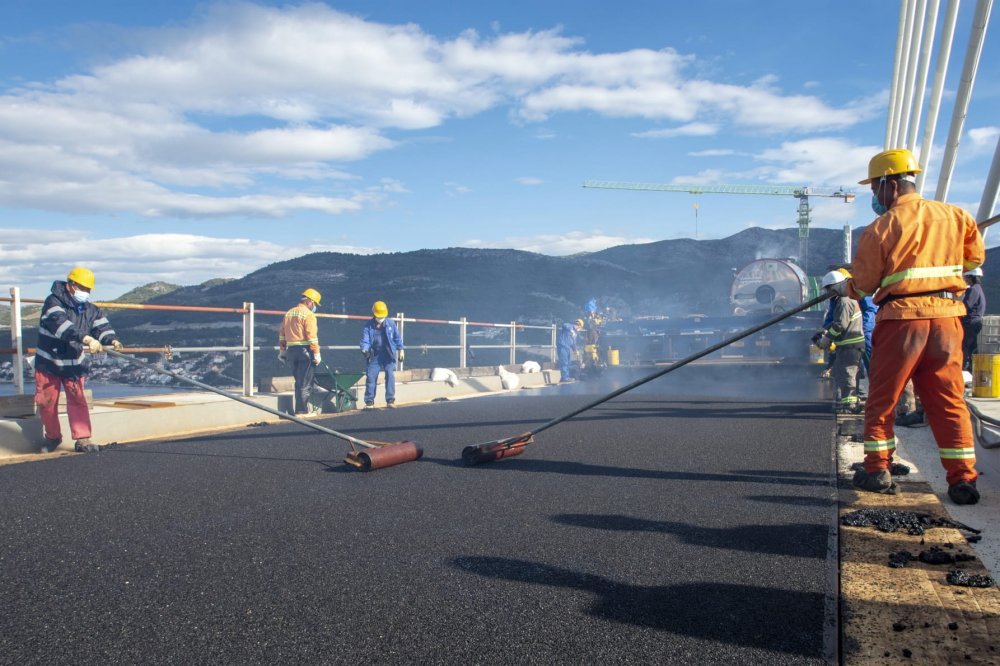 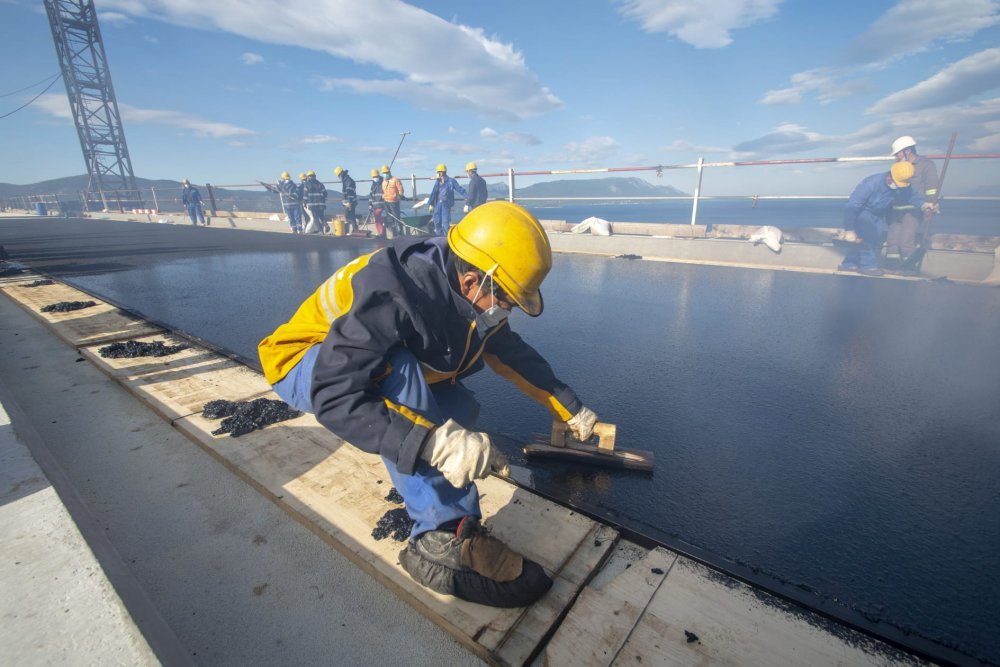 Asphalting of the bridge is expected to be complete later this month, whilst other works on the bridge should be completed as early as next year. Following asphalting and installations, the wind protection barriers will be put up, corrosion protection coatings applied as well as traffic signals and lighting installed. The speed limit on the bridge will be 90 km per hour. 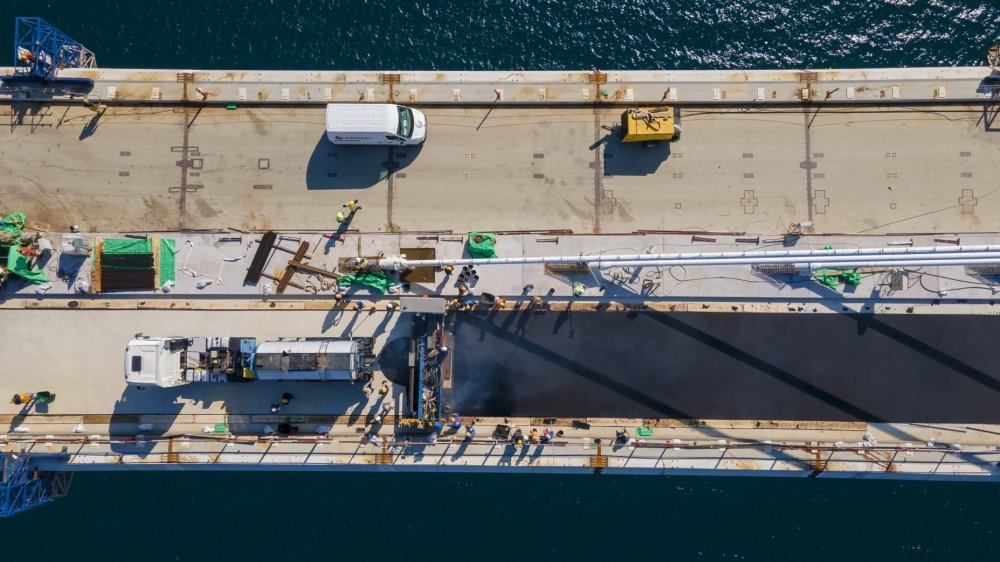 Video of asphalting of the bridge below courtesy of Croatia Roads.