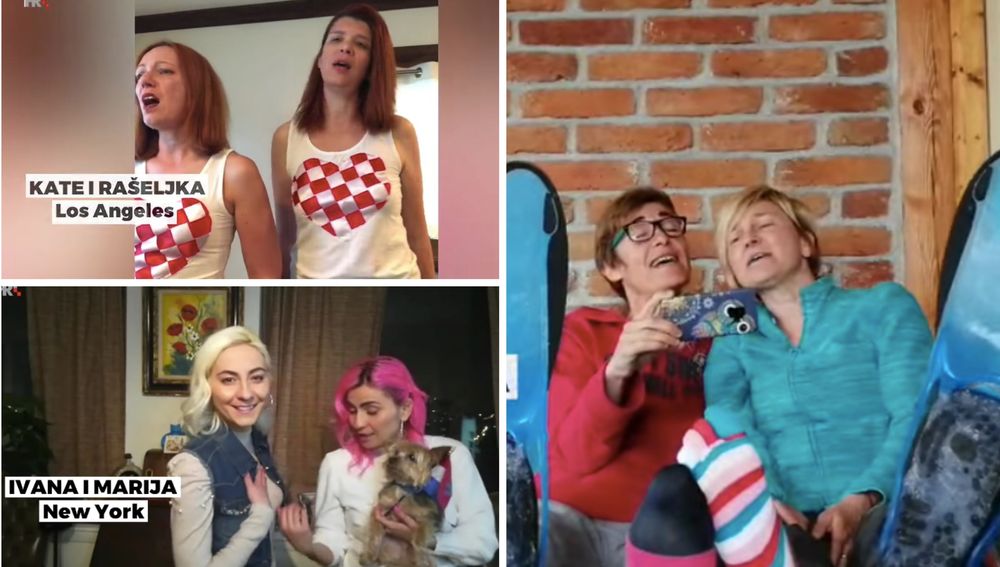 With almost everyone now stuck at home isolated from the world, a number of initiatives to stay connected have started popping up thanks to the wonders of modern technology.

One inspirational and uplifting project to connect Croatians at home and abroad was directed by Nensi Profaca for Croatia’s HRT television show ‘Kod Nas Doma’.

Nensi asked people around the country, as well as Croatians in New York like Marija and Ivana Curic from Curic&Curic, Oslo and Los Angeles, to sing the hit “Cesarica” by the late Oliver Dragojevic. This was then mixed into one video.

Written by Gibonni, Cesarica was the 1994 Song of the Year in Croatia. It became one of Oliver’s signature hit songs and one of the most popular and well-known songs in Croatia. Check out the video below.