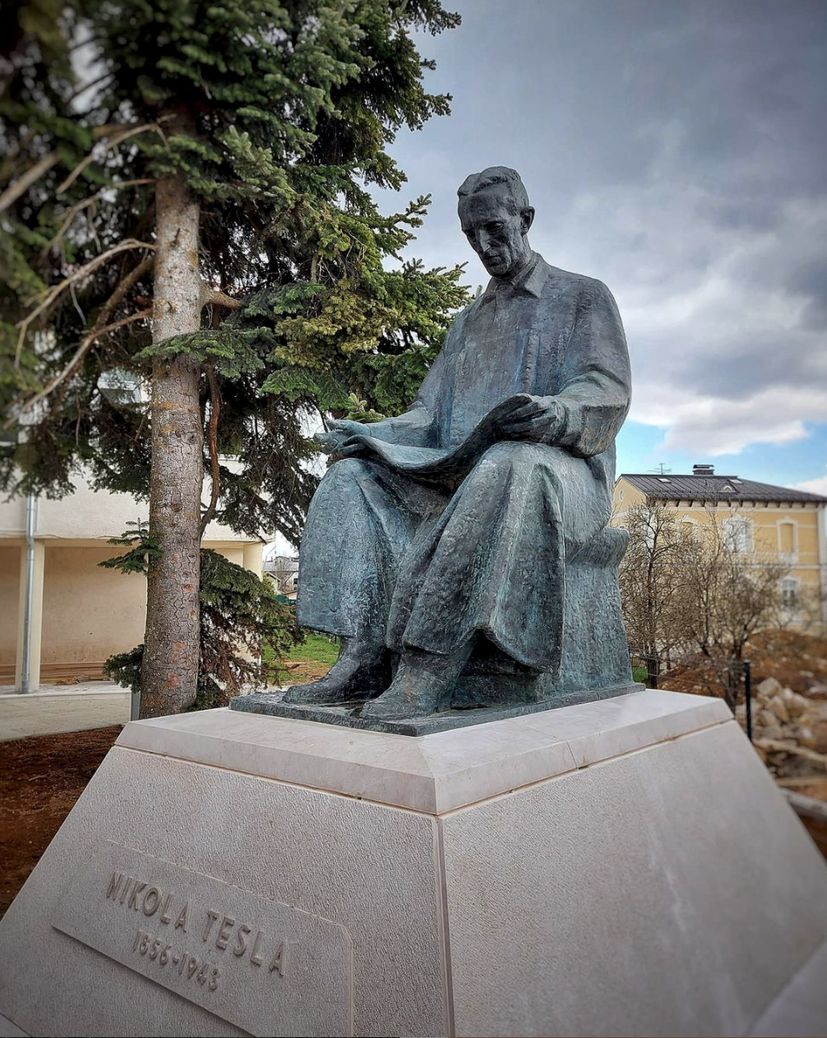 Almost thirty years after its bombing, the statue of Nikola Tesla has returned to his native Gospić this week.

The statue of Nikola Tesla, which sat in the main town square of Gospić, near his birthplace of Smiljan, was demolished during the Homeland War in the 1990s. After the war, Gospić had a casting of the monument made by the famous sculptor Fran Kršinić.

Three identical statues created by Kršinić are now located around the world. One monument is at Niagara Falls, another sits in front of the Faculty of Electrical Engineering in Belgrade, and this one, the latest, in the town of Gospić in front of the Cultural Information Centre.

The monument, which is cast in bronze, weighs 1.2 tonnes and is about three meters tall.

The decision to place the monument in Gospić was made in 2014, but only last year did the City Council managed to secure part of the funding for the project.

“The return of the monument to Nikola Tesla in Gospić is extremely important for our town. It took thirty years for that to happen, and I am extremely pleased that we were able to realise it as we promised. We are sure that this move will bring a lot of good to Gospić and its residents, as well as that it will become a very nice gathering place for citizens and our guests,” said the Mayor of Gospić Karlo Starčević.

Tesla was born in 1856 in Smiljan, a village in located just 6 km northwest of Gospić. In 1862, the Tesla family moved to Gospić, where Tesla’s father worked as parish priest. Nikola completed primary school, followed by middle school there before moving to Karlovac.

Check out the video via Lika Voice TV below.