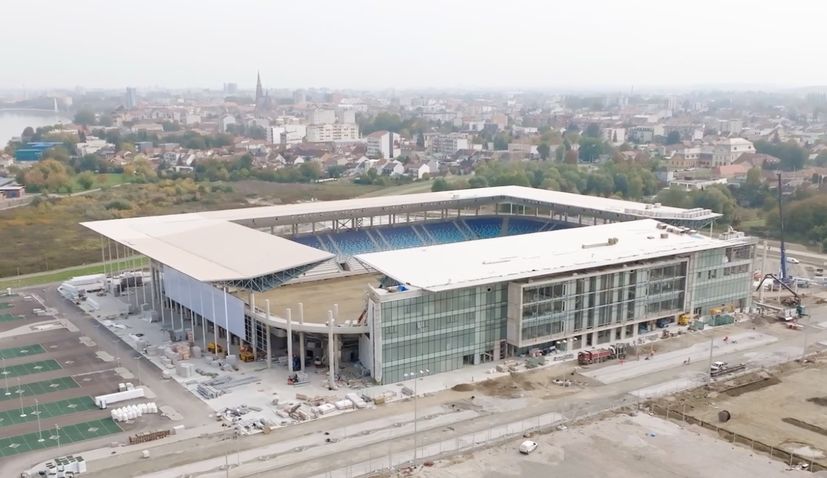 On Thursday the club’s main sponsor, Hungarian businessman Lőrinc Mészáros, took a tour of the new stadium with club officials.

Soon the stadium will be completely covered, all that remains is to connect the southwest and northwest corners with the roof structure, which will immediately make the football arena in Osijek unique in Croatia as the first all-covered stadium in the country.

What follows after that is the laying of the base for the pitch.

Boxes in the West Stand will include, saunas, and jacuzzis, whilst the adjoining camp will have seven heated pitches and entertainment facilities for players.

The stadium and camp are costing around 40 million euros to build. The Croatian Football Federation has supported the project to the tune of 1 million euros and has said that the national team will play at the stadium which is being built in line with ‘European and world trends’.

Whilst there is nothing official yet, the stadium and camp are expected to be completed by the end of the 2022 or early 2023.

Check out the video below from yesterday’s tour of the stadium.