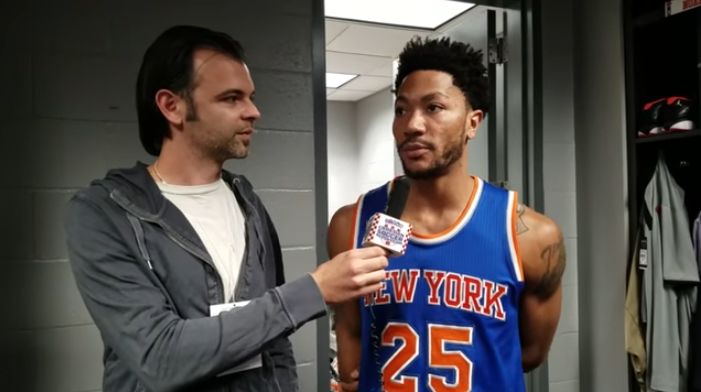 It is hard to remember sometimes what we done yesterday, let alone 4 years ago, but to completely forget visiting a country is hard to imagine.

Well that is what happened to NBA star Derrick Rose. The New York Knicks point guard was interviewed by CroatiaSports.com after their recent match against the LA Clippers and it seems he has a very short memory.

When asked if he had ever been to Croatia, Rose said: “No, I have never been. But I have heard a lot of great things about Croatia.”

When asked when will we see him in Croatia he replied: “You have to ask Adidas that.”

Perhaps it was himself that he heard the great things from. In 2013 Rose was in the Croatian capital Zagreb as part of his D.Rose Tour.

Not only did he spend time looking around the city but he also opened a basketball court and visited the Dražen Petrović museum in Zagreb.

Rose in Croatia in 2013 (photo: weartesters.com)

To cap it off he also spent time with Dražen’s mother, Biserka Petrović, where the exchanged jerseys.

The former Chicago Bulls point guard was the youngest ever player to win the NBA MVP award when he won it in 2011 aged 22.