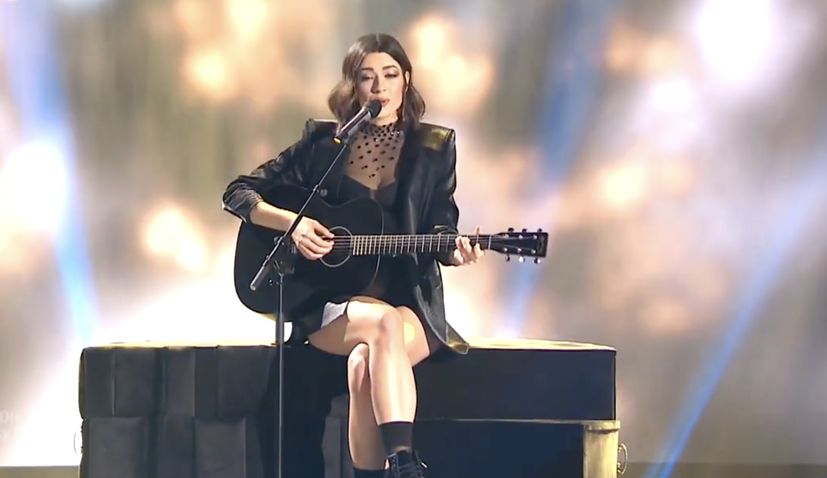 Mia Dimšić from Osijek will represent Croatia at this year’s Eurovision in Turin in May.

Mia earned the right to represent Croatia at the 66th edition of Eurovision Song Contest after she won the Dora 2022 contest last month with her song ‘Guilty pleasure’.

The song is in English but on Friday night Mia performed the Croatian version for the first time at the Večernjakova ruža awards in Zagreb.

Mia will sing “Guilty Pleasure” in the 2nd half of the first semi-final at Eurovision on May 10th in Turin. It is not confirmed if she will sing the English or Croatian version.

The 29-year-old started her career eight years ago when tamburitza band Džentlmeni invited her to accompany them during their USA and Canada tour for the Croatian diaspora. Mia’s 2017 debut album “Život nije siv” reached number one on the Croatian Albums Chart.

The album was eventually certified platinum in Croatia. Her single with Marko Tolja, “Sva blaga ovog svijeta”, also reached number one in Croatia, making it her sixth single to do so.

Croatia has participated in the Eurovision Song Contest 26 times since making its debut at the 1993 contest. Croatia’s best result in the contest is fourth-place finishes in 1996 (Maja Blagdan) and 1999 (Doris Dragović). Albina Grčić  represented Croatia last year at Eurovision but failed to make the semi-finals with her song Tick-Tock.