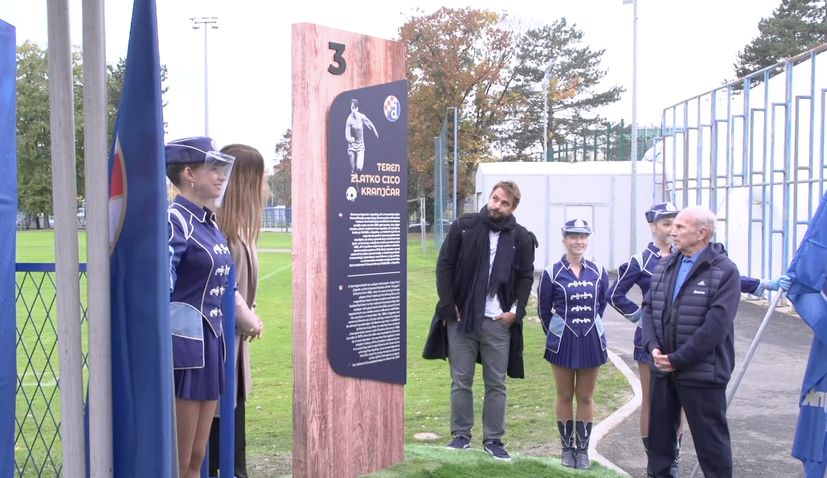 A memorial plaque in honour of the late Zlatko Kranjčar was unveiled today at Dinamo Zagreb’s junior field which has been named after the club’s legendary striker.

For the first time in the club’s history, Dinamo Zagreb conducted a poll among fans to decided who to name the field after with five former club legends offered – Dražan Jerković, Krasnodar Rora, Zlatko Škorić, Slaven Zambata and Zlatko Kranjčar.

“I’m sure the fans in this selection were guided by heart and emotion. I have a great need to pay tribute to all the legends who were in this selection, but also to all those who created the foundations of Dinamo with their football and human virtues,” Niko Kranjčar said in his speech.

“Thanks to our parents, grandparents who, through their stories and memories of their idols, managed to show us at least a little bit how much these greats meant. The most important thing is that we continue to teach our children who these people are and how important they are in creating the history of our Dinamo. Without them, Dinamo would not be what it is today, and we should never go into oblivion. I am sure that new generations will write new stories on these fields, and that we will proudly pass them on to the next generations,” Niko added.

“I am glad that the son of the club legend Niko Kranjčar is with us today at this beautiful event. Also, I am glad that the link between our two clubs, Dinamo and Rapid, was Cico Kranjčar. I am convinced that this friendship between the clubs will remain permanent and that we will always be happy to remember Kranjčar, as well as all our greats. I hope that this will be a model for the generations to come,” said the president of Dinamo Mirko Barišić.

Kranjčar started his playing career for Dinamo Zagreb and debuted for the first team as a 17-year-old. He appeared in a total of 556 matches for the club and scored 98 goals in the championship. Then he transferred to Austrian club Rapid Vienna for which he played until 1990.

Kranjčar earned 11 caps for Yugoslavia and two caps for Croatia. He scored for Croatia as captain in their first international match against the United States on 17 October 1990 in Zagreb.He then moved into coaching and coached a number of clubs all over the world, including Dinamo Zagreb. He was also coach of Croatia from 2004-2006, leading them to the 2006 World Cup in Germany.