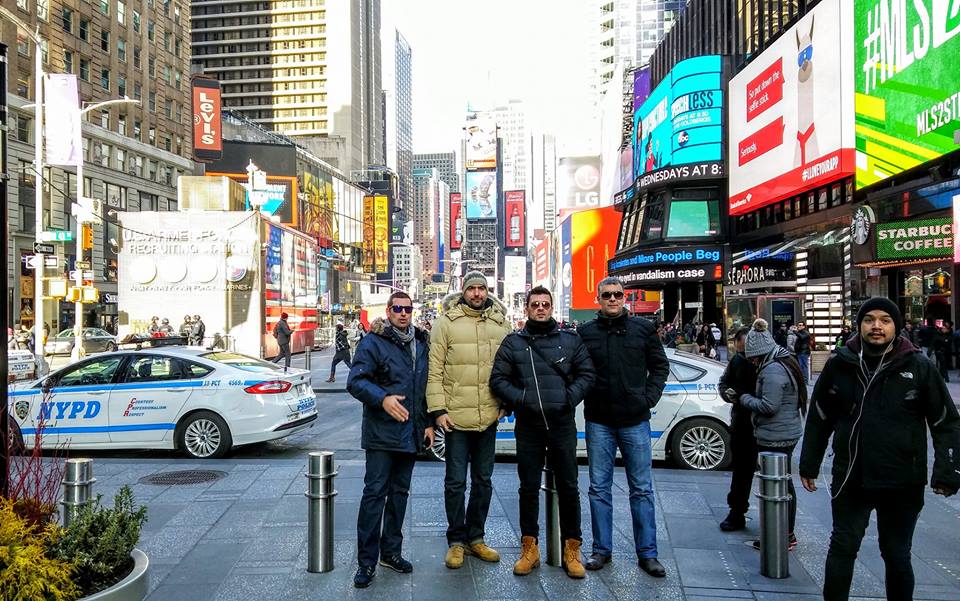 A Croatian klapa group turned a few heads in Times Square in New York with an impromptu performance this week.

Klapa Sebenico from the Dalmatian city of Šibenik are currently touring the United States and took the opportunity during a look around New York to introduce some locals and tourists to some Dalmatian klapa music.

This weekend Klapa Sebenico will perform in Pittsburgh and in Chicago.

In 2012 UNESCO inscribed Klapa singing of Dalmatia on its Intangible Cultural Heritage of Humanity list.

Klapa, or a capella type singing, has a long tradition in the region and is usually performed with the leader of each singing group as the first tenor, followed by several tenors, baritones and bass voices.

During performances, the singers stand in a tight semicircle. The first tenor starts the singing and is followed by the others. The main aim is to achieve the best possible blend of voices.