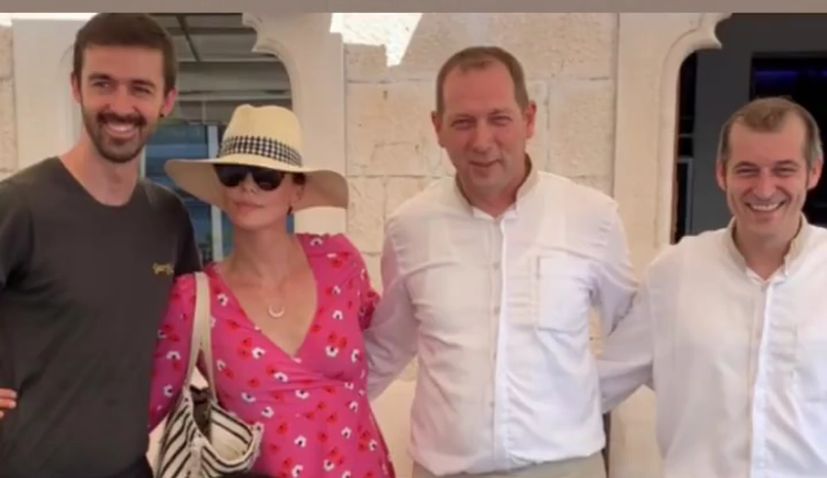 21 August 2019 – Oscar-winning actress Charlize Theron is the latest celebrity to hit Croatia’s shores this summer for a holiday.

Theron (44) visited popular seafood restaurant Gariful on the island of Hvar on Wednesday where she enjoyed a spot of lunch.

“Thank you so much, it was so delicious. It was amazing,” the South African-born actress said as she posed for photos with the staff at Gariful.

“Theron and her family ate grilled lobster and drunk wine,” the restaurtant said.

A post shared by RESTAURANT GARIFUL (@restaurantgarifulhvar) on Aug 21, 2019 at 6:50am PDT

The famous Hvar restautant this summer has already hosted a number of celebrities, including Jon Bon Jovi, Neil Patrick Harris, Prince Albert II of Monaco and others.

Theron has won a number of awards over the years, including an Academy Award, a Golden Globe Award, and the Silver Bear for Best Actress.

She came to international prominence in the 1990s by playing the leading lady in the Hollywood films The Devil’s Advocate, Mighty Joe Young, and The Cider House Rules. In 2003, she received critical acclaim for her portrayal of serial killer Aileen Wuornos in Monster, for which she won the Academy Award for Best Actress, becoming the first South African to win an Oscar in a major acting category. She received another Academy Award nomination for playing a sexually abused woman seeking justice in the drama North Country.

Theron has since starred in several top-grossing action films, including Hancock, Snow White and the Huntsman, Prometheus, Mad Max: Fury Road, The Fate of the Furious, and Theron became an American citizen in 2007, while retaining her South African citizenship. In 2016, Time named her in the Time 100 list of the most influential people in the world.