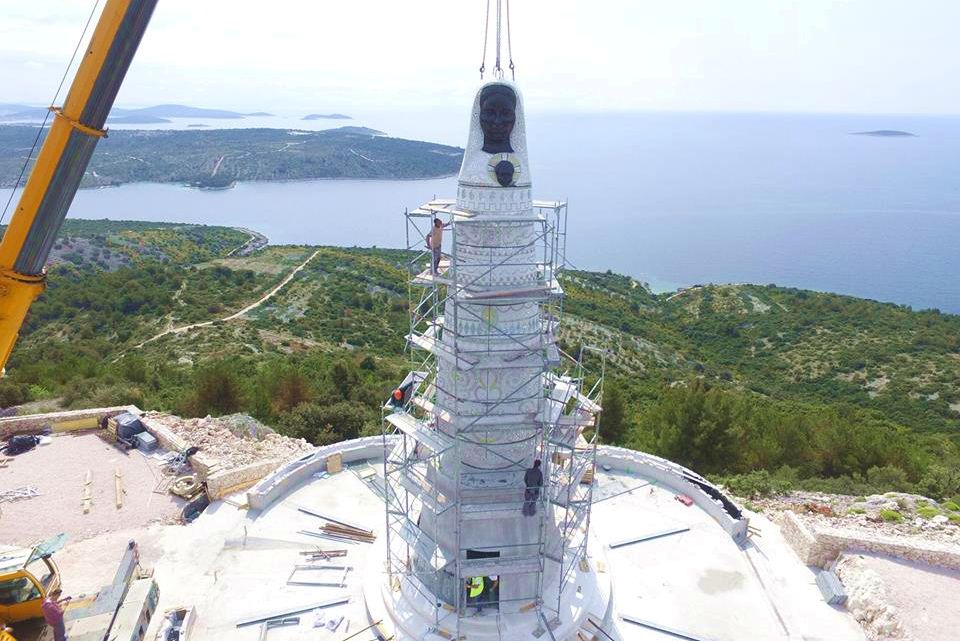 One of the biggest shrines to the Virgin Mary in the world is taking shape in the town of Primošten near Šibenik on the Dalmatian coast.

This week the 17-metre high statue of Our Lady of Loreto was placed on its base on Gaj hill overlooking Primošten.

The statue was designed by architect Aron Varga and mosaic artist Milun Garcevic. 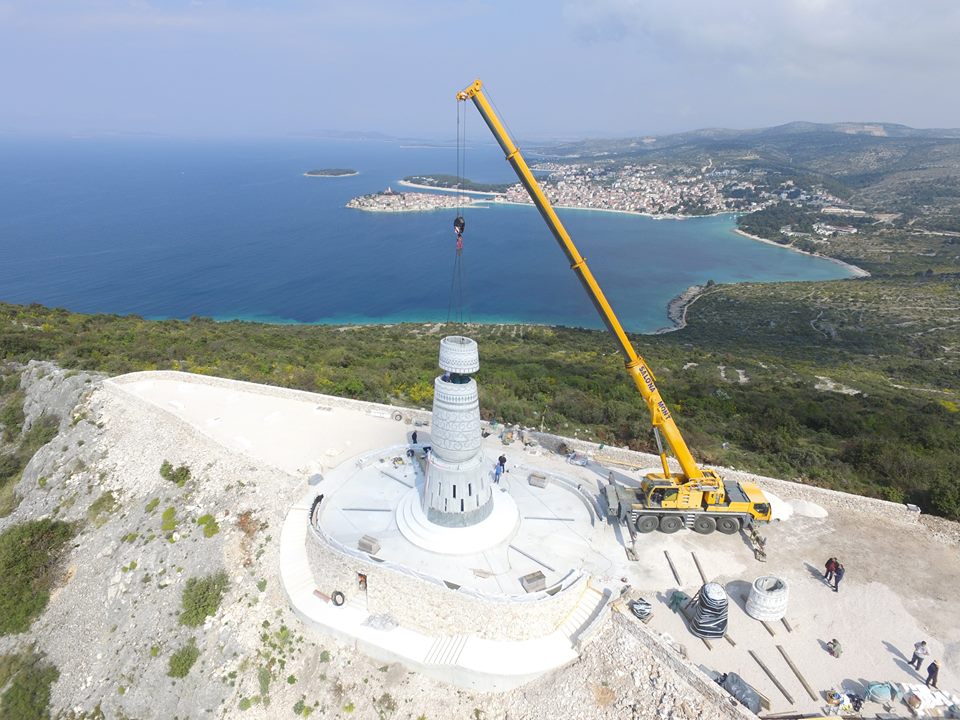 The statue being placed in Primošten this week (photo credit: Općina Primošten / Facebook)

The statue, which is coated in a mosaic pattern made of gold, silver, and stained glass, is made up of seven representative parts, as well as an old Croatian crown studded with precious stones which will go on the head of the statue of Our Lady of Loreto.

The ringed parts of the statue will symbolise various things. Starting with religious abstraction, the second part will feature the symbolic representation of the tree of life. Two hearts feature on the next part of the mosaic, with the birth of Jesus, represented on the fourth.

Irregular geometric shapes adorn the fifth ring of the 17-metre statue, whilst the sixth part consists of the mystic rose as a symbol of Virgin Mary, and olives. At the statue’s base, four biblical rivers will ‘flow’.

The monument will be used to attract religious pilgrims and religious tour groups from all over the world. Check out the video from the air of the statue below.

“This project is unique in Croatia and it has had the blessing of the Holy See and Pope Francis,” the local council stated, adding that the statue will be able to be seen from Italy on a clear day.

The statue will have its official unveiling early next month.