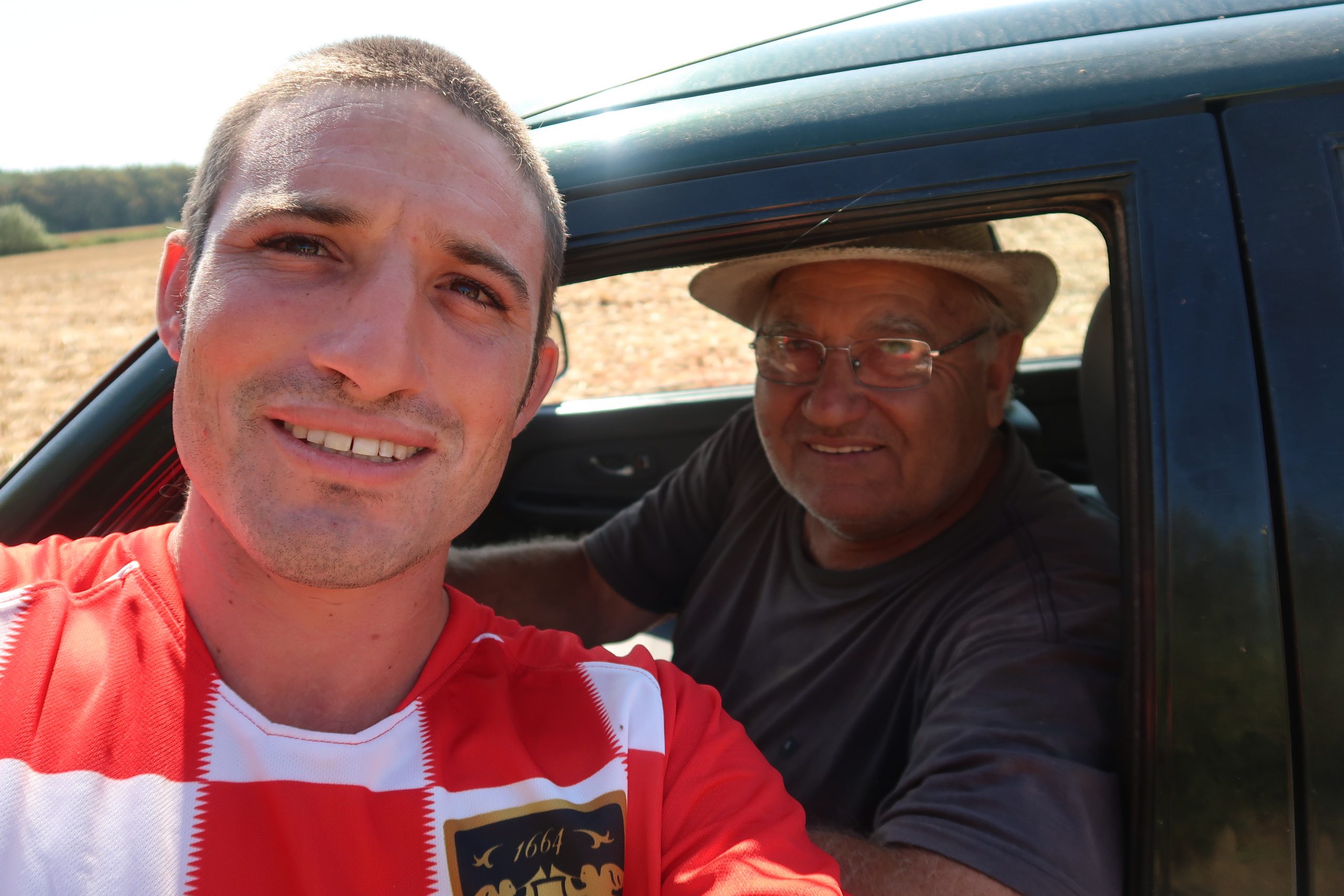 An American tourist, who is seeking maximum cultural immersion by hitchhiking from France to Vietnam, passed through Croatia, seeing a side a lot of tourists do not see.

Originally from Los Angeles, Daniel is hitchhiking from France to Vietnam. He has spent a month hitchhiking around Croatia and says it gave him the chance to see a more personal side of Croatia and the people and learn about the culture.

Daniel was invited into the homes of locals and got the chance to experience local food and drink traditions first-hand. One of those special memories from his time in Croatia was his visit to Slavonia.

“I decided to go to Slavonia because I heard really good things about that region. I also wanted to explore some of the non-touristic areas of Croatia. My original plan was to go to Osijek. I was waiting one day hitchhiking around Dakovo when a man stopped his car. He asked me if everything was ok and if I needed help. I said everything is great and that I was just trying to hitchhike to Osijek. He was a very nice man from the start and we shared a good conversation about my experiences in Croatia so far such as where I had been, what food I had tried, etc. After some time, he told me while we were in the car that he had a farm nearby and asked me if I wanted to see it and that he would take me to Osijek later. I agreed and we continued to the farm where I met his son and and he gave me a ride on the tractor. Afterwards, he invited me to his house for lunch,” Daniel explains. 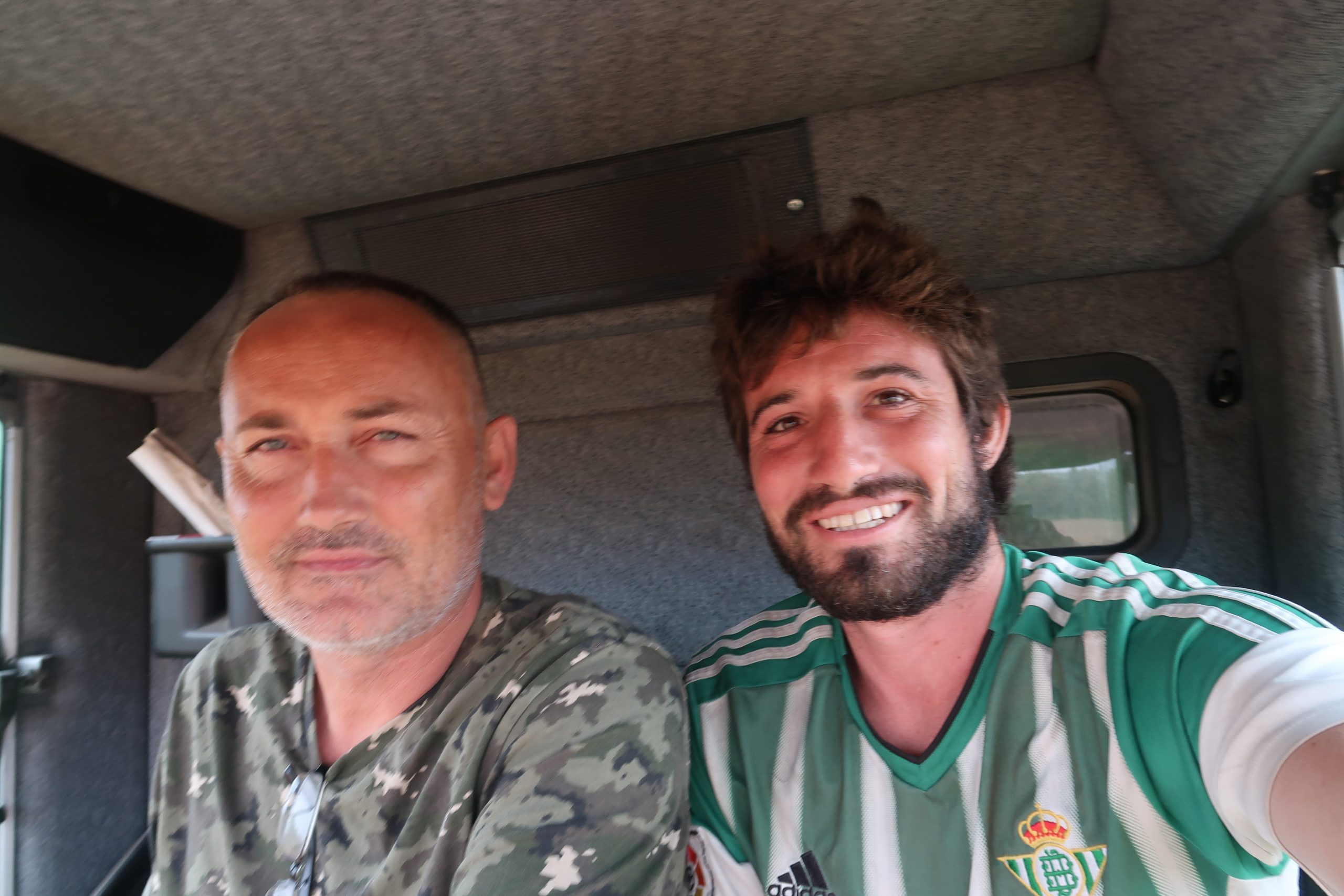 What was meant to be a 35 minute ride to Osijek turned into a three-day stay at the man’s family home in Dakovo. Josip and his wife Tanja welcomed Daniel in and their three sons, Noah (15), Andrea (11) and Franko (8), helped give Daniel an experience he will not forget.

“The hospitality was simply incredible. They couldn’t have been more generous, kind, and welcoming. I really felt that it was very important to them that I feel comfortable and at home in their house. I went from being a complete stranger to being invited to eat and sleep in their house within a few hours. They also helped me plan my trip in Croatia and gave me suggestions on other places I should visit.  My time with them was my first time getting to sit and talk to local Croatians and I had many questions about their way of life and they were more than happy to answer my questions. They told me about the local Croatian countryside life and what it was like. Also, they told me about the culture and Propuh and other superstitions. I tried rakija for my first time and as a bonus to all this, I got a free haircut!! Josip also gave me a Croatian soccer jersey as he told me I will have more luck hitchhiking in Croatia if I wear this shirt,” Daniel adds, before adding. 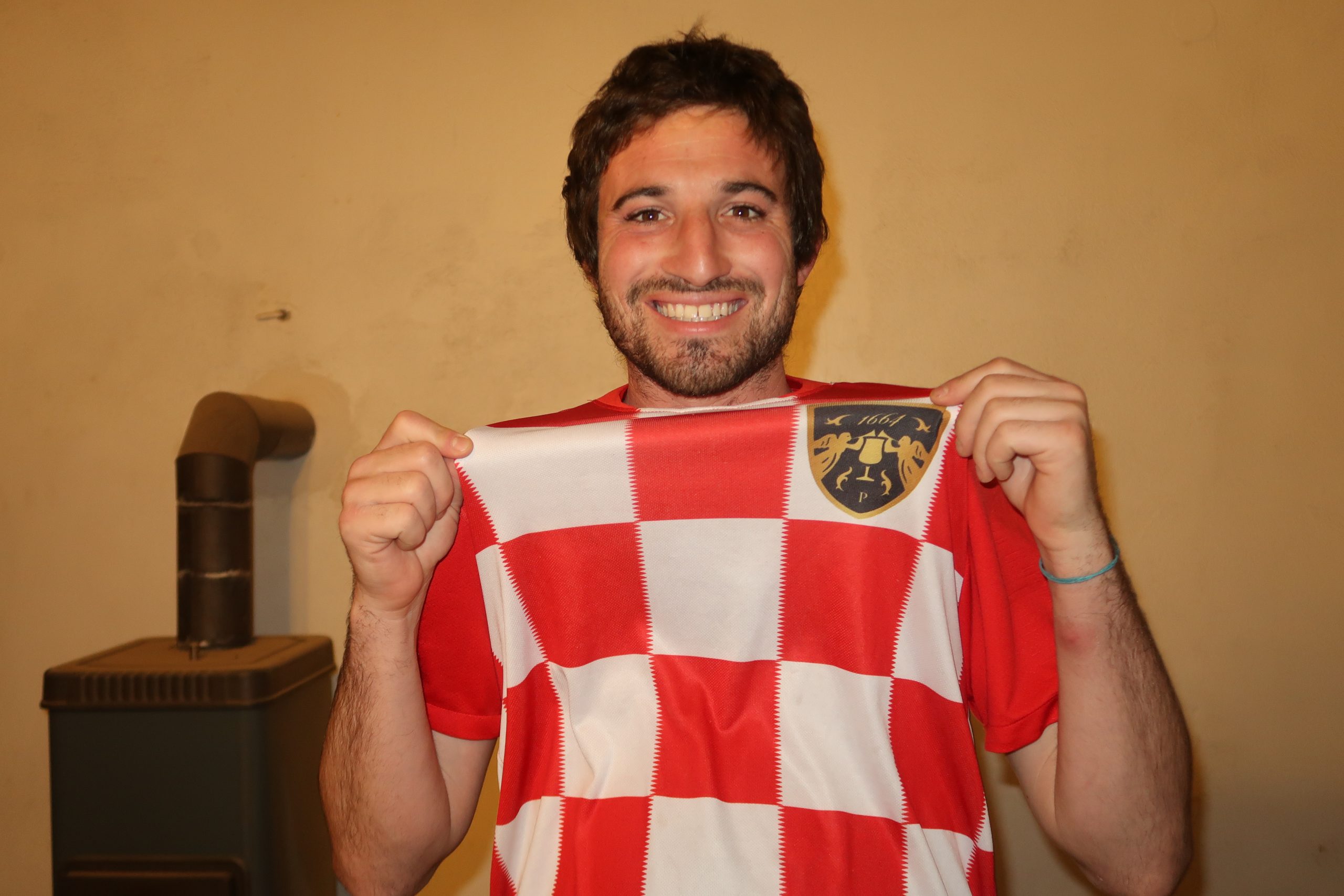 “They took me to meet the grandpa who is 100 years old. Noah patiently translated as I really wanted to speak to the grandpa but the language barrier prevented direct communication. They took me to the local pekara (bakery) and their son explained to me what all the food were. They introduced me to their friends around their local village. We went to the Dakovo Cathedral and the ergela horse farm. I want to personally make one thing clear, I enjoyed going to these places, eating their foods, and sleeping in a warm place. However, the thing I enjoyed the most about my time there was simply spending time with them talking to them, laughing with them, and getting to know them because that is what is truly priceless.” 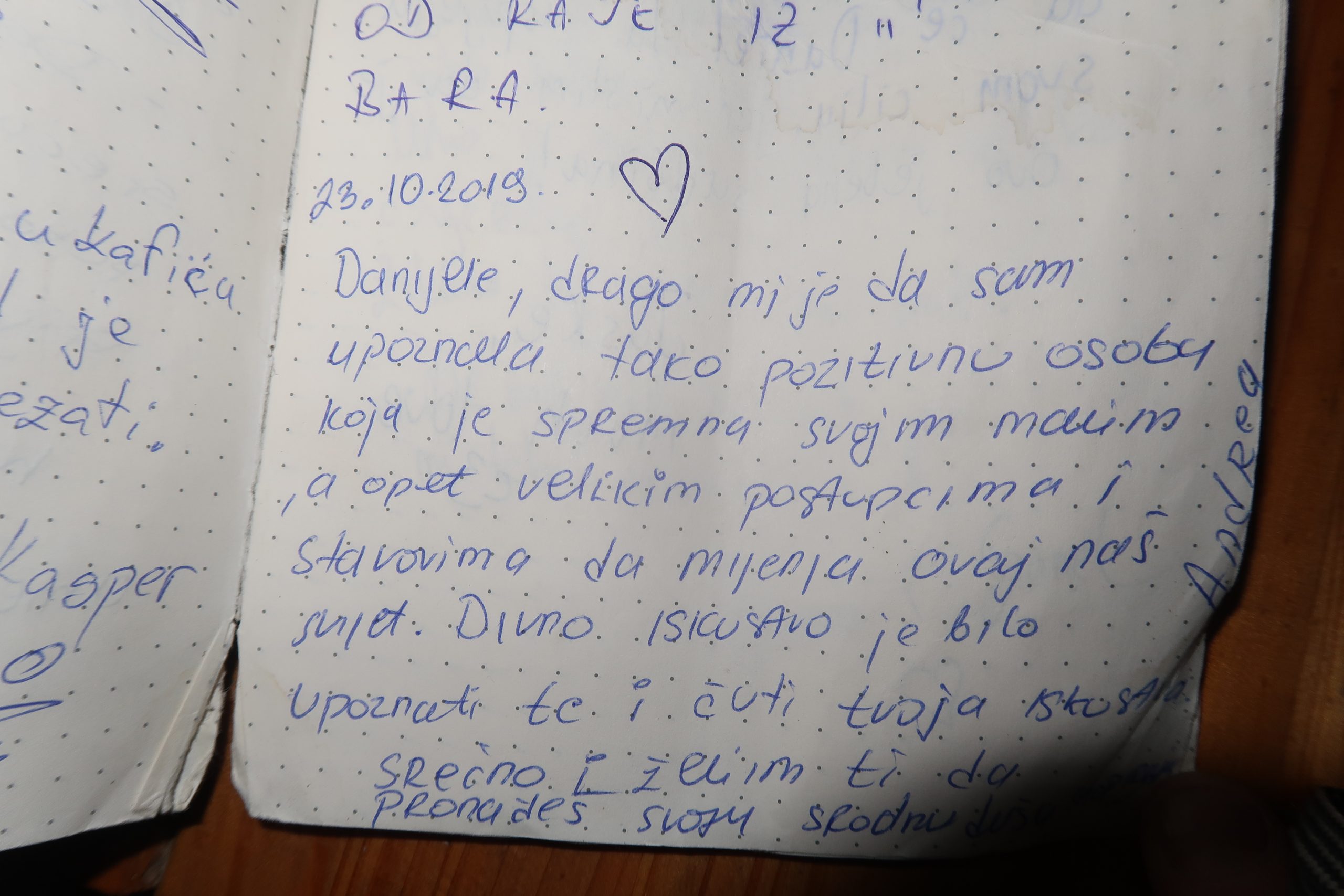 A message from the family left in Daniel’s book

Watch the video of Daniel with the family in Dakovo below.