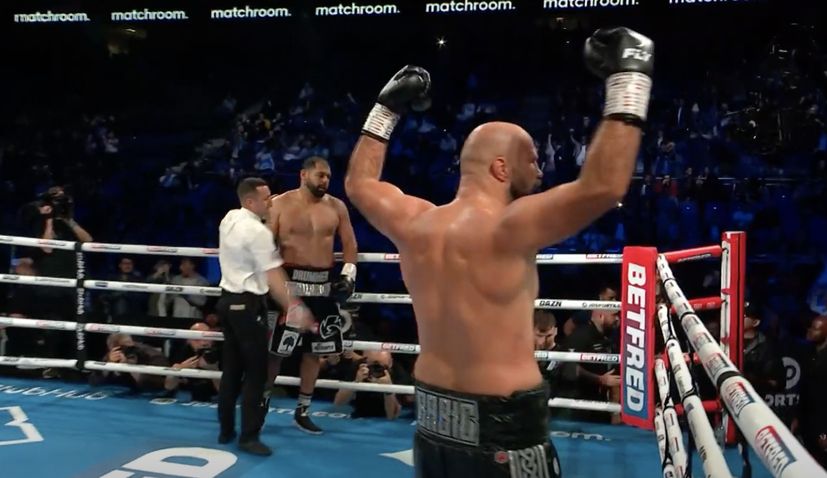 The ‘Savage’, as he is more commonly known, the 30-year-old Rovinj-native is now 9-0 in his professional career after a TKO win over Molina.

The Croatian sent the two-time world heavyweight contender to the canvas four times, the first after just five seconds in the opening  round, before the ref called the fight off in the second round.

“Thank you all for coming and sending support throughout the week and beyond. The Savage is the humblest among you. I hope I took your minds off your problems and you enjoyed the fight as long as it lasted. On to bigger things. Thank you Eric Molina for showing up. Thanks to my brother Dylan Whyte for caring, thanks to my promoter Eddie Hearn for letting me shock you again. Whole on my team for the effort. I’ll be back soon,” he said.

Babić now has his eyes on bigger things and says he wants to box against Dave Allen. Promoter Eddie Hearn confirmed that the Croatian will fight again in December, but did not reveal his opponent.

“I love Dave Allen. So, I hope we’re going to fight, brother, because, from day one, I came into this sport. They told me about David Allen. Now, I  have a huge opportunity. I love Joseph Parker and Derek Chisora,” Babić said.

“He is an exciting fighter, he does what he says he is going to do and the fans love that. Babić is having fun, and boxing is fun,” the DAZN commentators said.

Babić has made no secret that he wants to fight his countryman and rival Filip Hrgović.

“Bring Matchroom boxing to Croatia, I will fight him, everyone in Croatia wants to see that fight. Bring it to Poljud stadium, Maksimir stadium, Pula Arena. I will beat him up,” Babić said during the press conference ahead of the Molina fight.