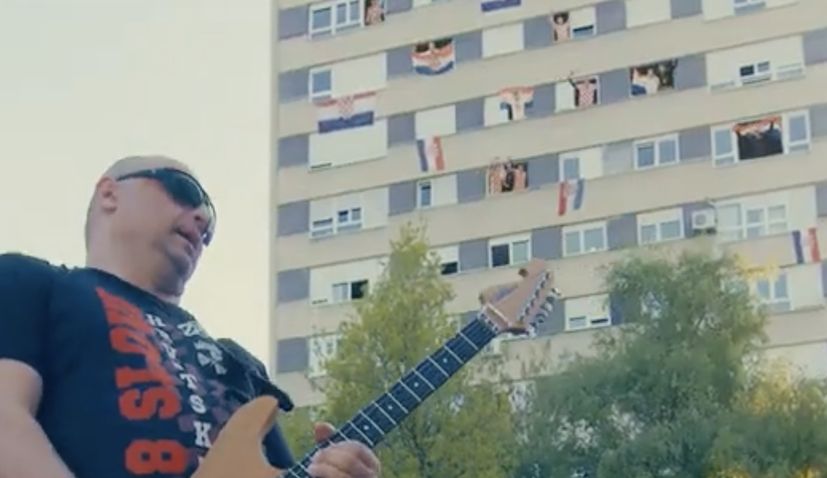 They have sung the official supporters’ anthems for the Croatian football team for man World Cup and Euro tournaments, and now Zaprešić Boys have released the anthem for the 2020 Euro which starts next month.

Zaprešić Boys have had a number of huge hits with Croatian fans’ anthems over the years such as ‘Srce vatreno’, ‘Samo je jedno’ ‘Neopisivo’ and the ‘Igraj moja Hrvatska’ from the 2018 World Cup.

The Euro 2020 anthem, titled “8 slova” (8 letters — referring to Hrvatska) is a collaboration with the band Opća Opasnost. The two groups met whilst touring Australia back in 2018 and their friendship led to the collaboration.

The song “8 slova” alludes to the beauty of Croatia, which “shines up even in the dark” and is a story about the permanently engraved love that boys have nurtured for their country from the very beginning of their lives.

More than 300 people took part in making the video for “8 slova” which pays tribute to the activities and people who have borne the heaviest burden in the last year because of the earthquakes and pandemic – health professionals, Croatian Mountain Rescue Service, firefighters, the army and Civil Protection.

The song is written by Marko Novosel, music is by Ante Pecotić with arrangement by Bojan Šalamon – Shalla and Branimir Jovanovac.