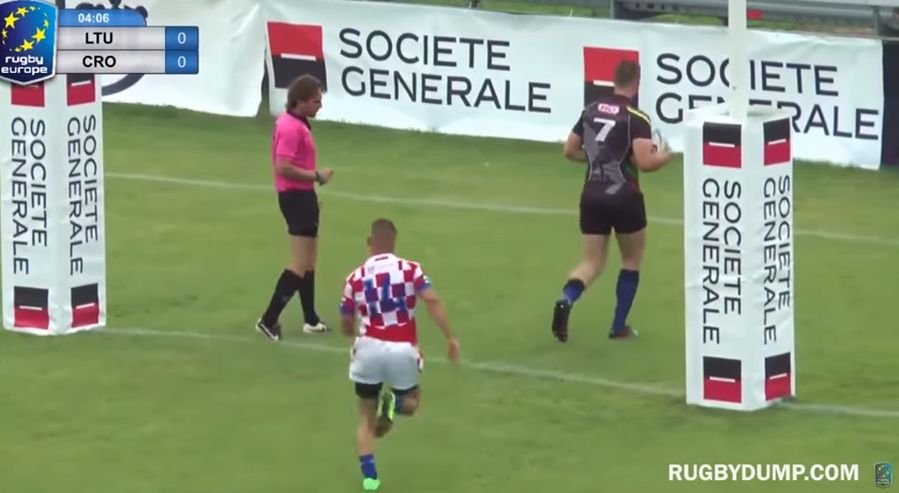 A tackle made by Croatian rugby 7s international Antonio Stojanovski has gone viral after A popular rugby highlights and blooper website published the footage this week.

Rugbydump.com published the footage a few days ago from a match played between Croatia and Lithuania at the Men’s Sevens Trophy in Bucharest held in the summer.

The footage shows Lithuanian winger Domantas Baguzis breaking through the Croatian defence just minutes into the match and strolling towards the try-line completely on his own.

With a try a 100% certainty, Baguzis decided to run time off the clock and almost slowed down into a walk. After crossing the line he decided to milk even more time by taking the ball to the end of the in-goal to dot it down.

What he didn’t bank on was Stojanovski making a late dash and nailing him from behind, forcing him to spill the ball out. 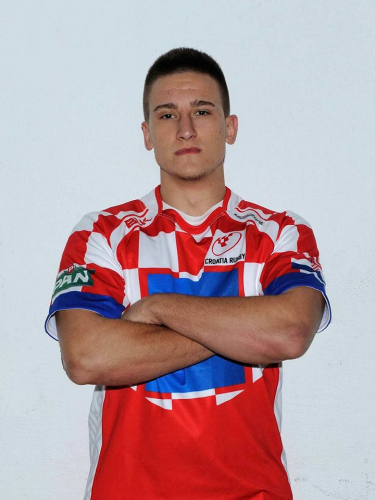 Stojanovski miraculously saved the try, much to the delight of his coach.

“Since Baguzis kept turning his head, I thought it was not possible to catch him because we were all tired and there was too much of a gap between him and the last man. Nevertheless, when he turned for the last time I said to myself ‘I’ll try and catch him’,” Stojanovski said.

“I felt excellent at that moment. I am a hard worker on the field and always do the job till the end. You need to show heart on the field. The guys congratulated me on my determinedness and the coach Vlado Ursic was especially happy.”

Check out Baguzis’ blooper below.