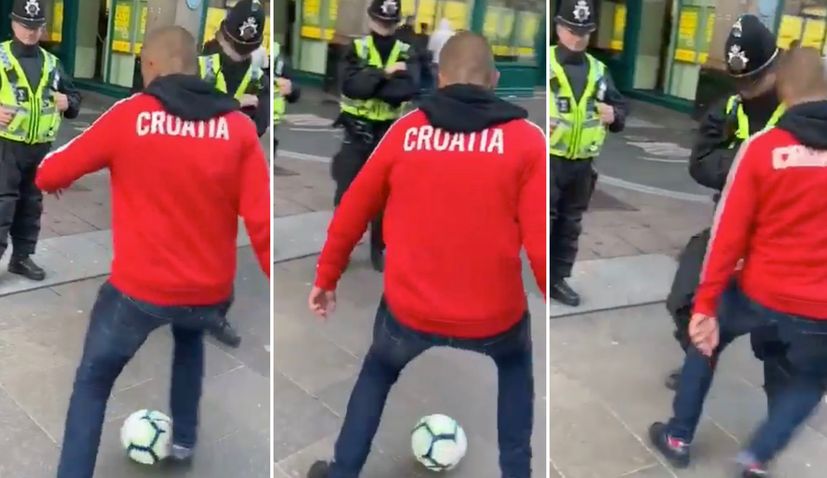 There was a large contingent of Croatian fans who made the trek to Cardiff on Sunday for the EURO 2020 qualifier. The fans were in great voice throughout the 1-1 draw, at times out-singing the local fans at Cardiff City Stadium.

Like always, the fans made their presence around the city dressed in red and white checks in the lead up to the match, occupying bars and cafes and singing songs.

One particular moment caught on film which entertained not only the Croatian fans, but also a local police officer, came when a fan decided to show a police officer some skills.

After a couple of ‘step-overs’, the fan saw an opportunity with the police officer’s legs open to nutmeg him, much to the delight of the Croatian fans.

The officer took the nutmeg in good spirit, readjusted his hat and got on with business.