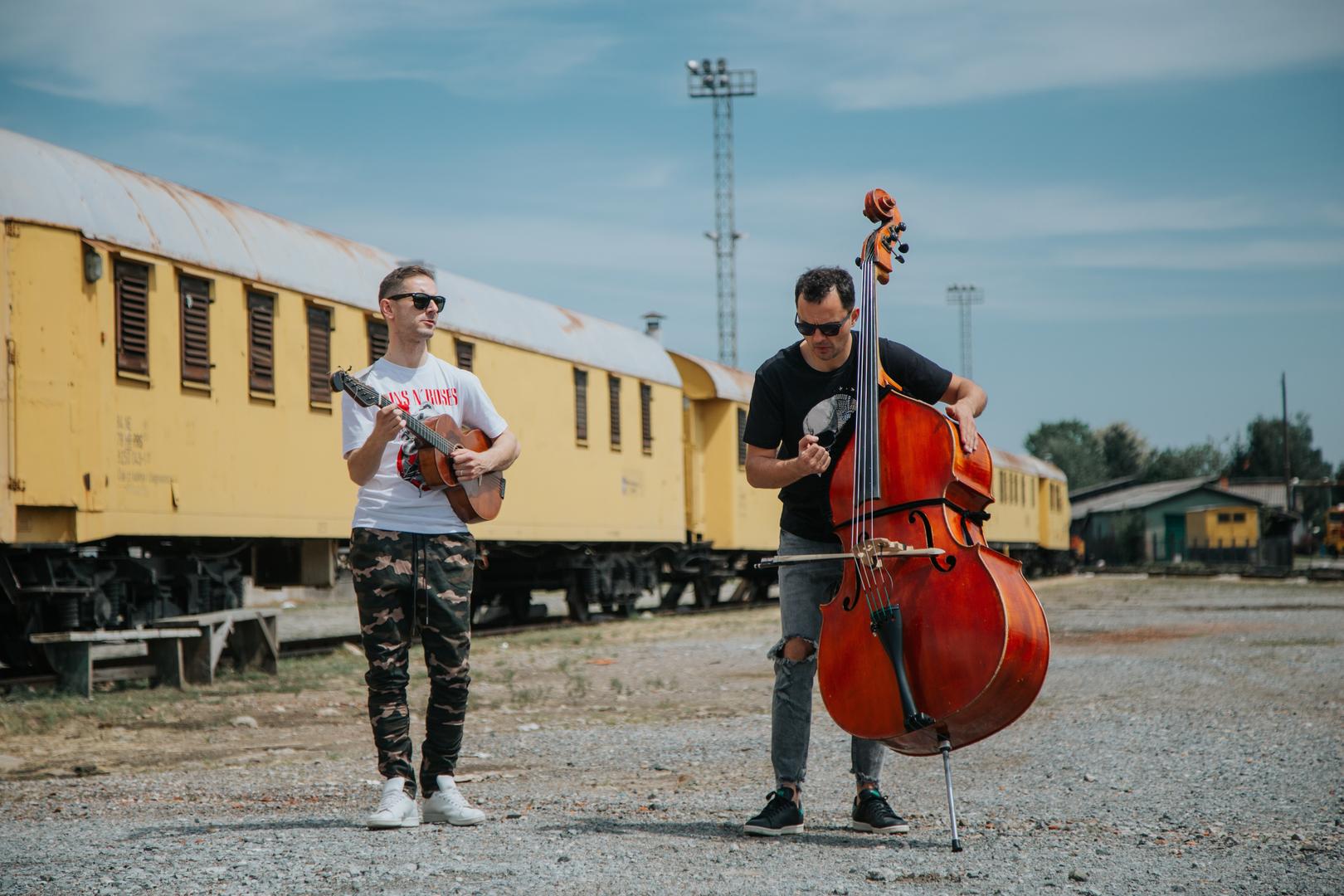 6 June 2019 – Award-winning Croatian duo Hojsak&Novosel, which features Tihomir Hojsak on contrabass and Filip Novosel on tambura, have been making waves with their music not only in Croatia, but also around the world.

Hojsak&Novosel appeared recently on a Croatian TV show and performed a ‘Slavonian’ version of AC/DC ’s hit Thunderstruck where they mixed the UNESCO-protected Bećerac style into the song. After positive feedback from fans, they decided to cover another old hit.

The pair, who won the Croatian Porin music award for best instrumental performance outside of classical and jazz, on Thursday released their latest video – a unique cover of the 1997 Guns N’ Roses classic Paradise City.

“We decided on the song Paradise City because we both listened to Guns N’ Roses for a period in our lives, and the song simply just fitted in with what we do – and that’s the recognisable Croatian sound,” Tihomir told commented.

“We wanted this story to tell our story, and this is a story about two musicians coming from completely contradictory music backgrounds and who, after joining, created something new and different, said Filip, saying the video was shot after they returned from the US where they had been touring.

The video was shot in Gajna-Oprisavci, Slavonski Brod, Croatian National Theatre in Osijek and in Zagreb at Club History and Vivas bar.

You can see the video spot below.