Home » News » VIDEO: Climb to the top of Croatia’s volcanic Jabuka island filmed from the air for first time 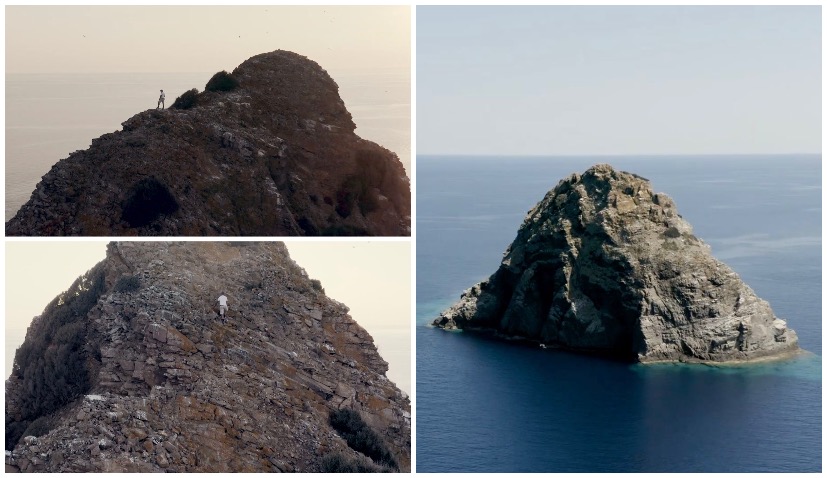 A climb to the top of the volcanic Jabuka island has been filmed by drone for the first time.

The amazing footage, filmed by CroDreamz Production, shows Gajo scaling the 318-ft volcanic island, which is located west of the island of Vis in Croatia’s Adriatic Sea, and reaching the top.

“Gajo went up alone and I stayed behind filming it. It is not a simple climb as it is very steep and there are a lot of loose rocks. The descent down is even more difficult,” Ante from CroDreamz Production said, before adding.

“There was no special idea behind it. We simply want to be active and love the outdoors. We were a few times near Jabuka island, because fishing is our hobby as well.”

Part of the Dalmatian archipelago, Jabuka was declared a geological monument of nature in 1958. Due to remoteness, lack of safe harbour, strong currents, and sudden changes of weather, fishermen have traditionally avoided the waters around Jabuka.

Whilst, there have been others who have climbed the island, the guys believe this was the first time a climb was captured by drone.

“Not a lot of people have climbed it and we thought it would be fun to film it from another perspective. Our main goal with future videos is to send out a message. To protect the sea and nature better. The Adriatic is overfished. Fish stocks are at an all-time low. It is a shame. The protected Jabuka Pit is not protected enough. The Adriatic has to flourish again and be full of healthy fish. On top of all that, the garbage and plastic in the sea and oceans worldwide is a disgrace that needs to be addressed,” Ante concluded.