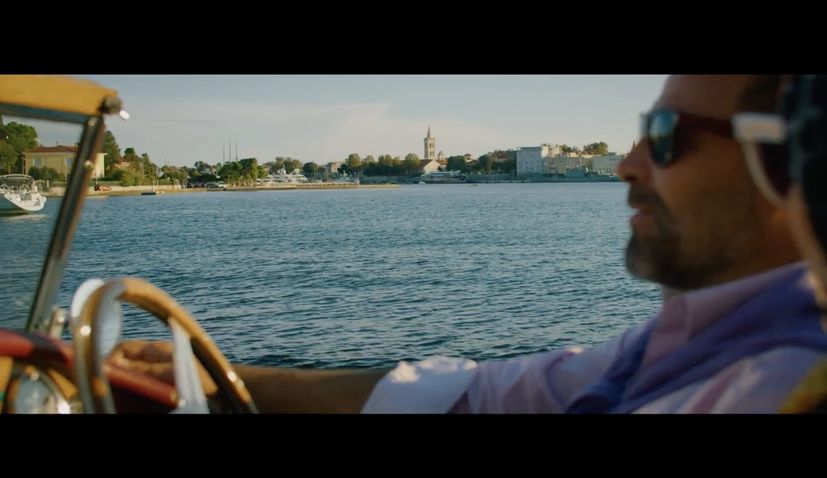 A new promotional film from the Zadar Tourist Board titled “Meet. Feel. Explore. Zadar “ has been presented today.

The video that has attracted media attention, was presented today by the director of the Zadar Tourist Board Mario Paleka, author and director Igor Goić and two Zadar actors who played the main roles – Nevena Dujmović Prižmić and Dejan Marcikić.

“This is a continuation of the activities of shooting promotional videos that the tourist board has been conducting for many years. After the last film that Igor made in 2014, there was a need to present new content in a modern and interesting way. We are lucky to have people like Igor in the city who do worldly things. The film will initially be shown intensively in Croatia, Slovenia and Austria, for which campaigns have already been contracted and created, and together with its shorter variants it will be available to our tourist entities and renters, who will also be able to show guests where they are coming to,” said director of the Zadar Tourist Board Mario Paleka.

The ten-minute film under the motto Meet. Feel. Explore, shows Jack, played by Marcikić, who wakes up in a double bed next to Jill (Dujmović Prižmić) with a radiant face because of the dream he had. In his vision, Zadar is a city that is three thousand years old and a city full of life.

He and his partner go on a tour of famous locations, restaurants, underwater sites, parachute out of the plane and more. The author of the film flirts with several famous film characters, so at one point Marcikić is James Bond, at another Indiana Jones in search of treasure, and Robert Langdon from The Da Vinci Code, who seeks to solve puzzles written in Zadar’s attractions.

The video is also interesting for locals to see how Goić used well-known locations in this different context.

!I didn’t want it to be a classic vignette, which is mostly shot by other tourist boards and destination companies, but a small film that has its own dynamics, that is, a story. In order to do it in a good way, we first had to write and agree on the script, and then we did most of the filming last October and earlier this year. It is important for us creatives to be given the opportunity, and we had it to an extremely large extent with the Tourist Board, and that is exactly why the film is as it is,” said Goić.

He thanked all the collaborators who worked on the film, and especially the musician Tomi Cukrov, who wrote the original soundtrack.

The film hides various witty situations and surprises: in the treasure chest is actually a traditional Zadar cake, and in the restaurant, they welcome the famous caterer Erik Pavin and guest Hrvoje Dukić.

“Igor made an excellent script, and we changed it a bit along the way because we were a great team, everyone gave their best,” said Marcikić.

“We have so much to show, and the city and the islands and the culture and history, it can’t stop in 10 minutes,” says Dujmović Prižmić.

“One thing is for sure, in whichever direction you go, in Zadar you can always find some adventure, inspiration, secret or ancient monument. And with every step in this city, you are further away from the worries of everyday life. Exactly what you need for a dream vacation, which you will not dream of this time!, they,” the Zadar Tourist Board said about the video.

Check out the new promo video below.