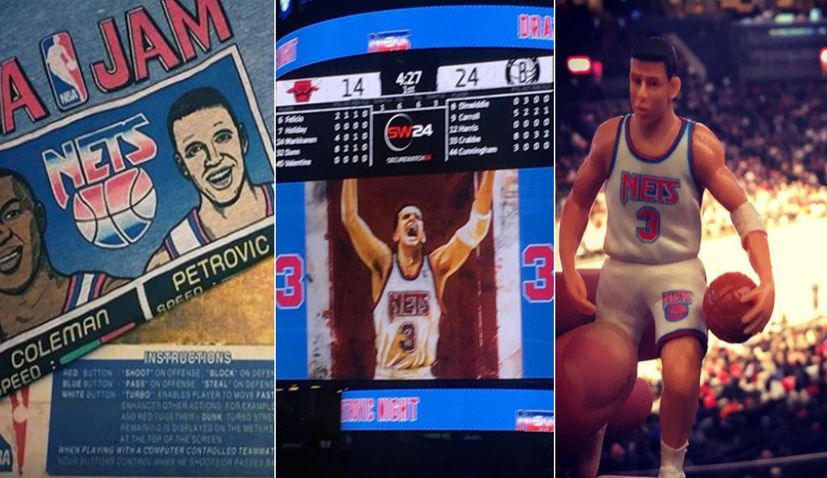 The legacy of Croatian basketball legend Drazen Petrovic was celebrated on Monday night by his former club the Nets in New York.

The Brooklyn Nets paid tribute to Petrovic during their 104-93 win over Chicago Bulls at the Barclays Centre.

The match was dedicated to Petrovic, who tragically passed away in a car accident in Germany almost 25 years ago.

At the start of the night, a video tribute to the great was played, showing some of the moments which made the Croatian a Nets and NBA geat.

Petrovic’s mother, Biserka, who was flown over from Croatia to be a guest at the match, was presented with a special ball at halftime.

“It’s like a moment in history that no one else could repeat something like that. He was the one and only. His legacy today is for European players, he did a lot [for them],” she said.

There were also a number of Petrovic-themed activities during the night, including five new Petrovic items in the Swag Shop along with an NBA Jam arcade machine, where fans could play as “Petro” in the classic game.

Autographed and game-worn items from Petrovic were also on display.

Petrović enjoyed an illustrious career with the New Jersey Nets, averaging 20.6 points in 36.9 minutes on the floor, and nearly leading all NBA guards in field goal percentage (51%). He did not miss a single game.