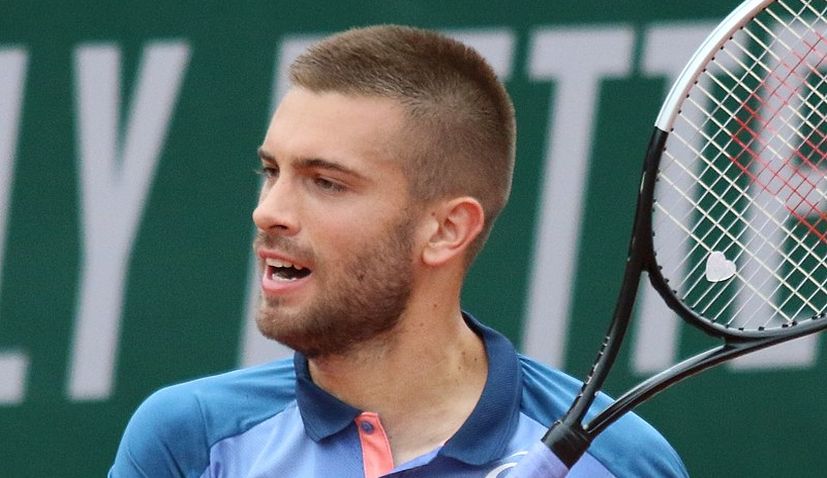 Croatian Borna Ćorić has won his first Masters 1000 title when he won the Western & Southern Open in Cincinnati.

Ranked 152nd at the start of the tournament, Ćorić beat Stefanos Tsitsipas on Sunday in the final in straight sets, 7-6, 6-2, becoming the lowest ranked champion in Masters history.

It was Ćorić’s third ATP title after winning in Marrakech in 2017 and Halle in 2018.

The 25-year-old had a fantastic tournament, beating five top 20 players in a row.

He upset second seed, world No. 3, and 22-time grand Slam champion, Rafael Nadal, in the second round. In the next round he defeated 15th seed, Roberto Bautista Agut, before beating 7th seed and world No. 9, Felix Auger-Aliassime, in the quarterfinals.

In the semi-final he beat 9th seed Cameron Norrie to reach his second Masters final.

As a result of the win, Ćorić has jumped from 152 to 29 in the world rankings.

“I was not ready for this speech five days ago – I thought I was going to lose in the first round.” @borna_coric 😂 pic.twitter.com/mvEl1vdlJg

“I don’t have much to lose. I have done everything that I could this week and more than I expected, so I’m just going to go out there and enjoy my time tomorrow on the court,” Ćorić said before the final.