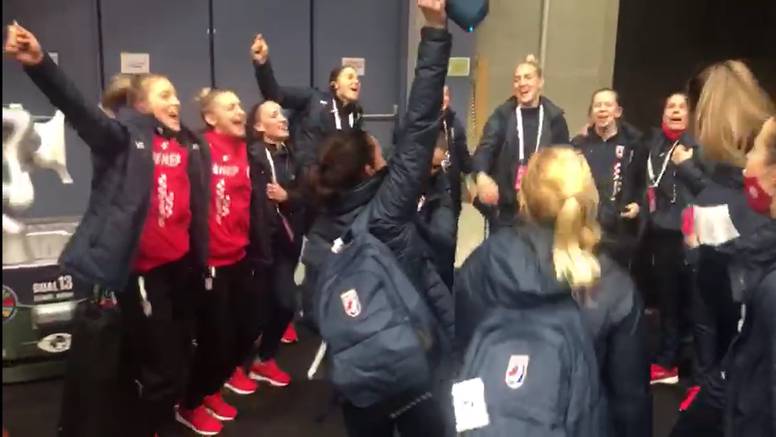 After an impressive win in the opening round of the 2020 European Women’s Handball Championship in Denmark against Hungary, Croatia has now upset the world champions.

Croatia recorded the biggest win in their history on Sunday evening when they beat The Netherlands 27-25 at the Sydbank Arena in Kolding.

The top scorer for Croatia, who now has advanced through to the Main Round with two victories from two matches, was Larissa Kalaus with 9 goals.

The Dutch have been at the very top of the world for years. Last year, they won the World Cup for the first time in history. In the last four competitions, they were on the podium, in 2016 they won silver at the Euro, a year later bronze at the World Cup, and in 2018 again bronze at the European Championships.

The bookies last night had the Dutch at 1.10 favourites, while the Croatian girls were paying 11 to win.

The celebrations started straight after the match and continued on the bus ride back to the team hotel.

Croatia meets Serbia next on Tuesday.