Visitors will discover how the world-famous Verdi’s “Messa da Requiem” sounds under the starry sky, performed by excellent opera singers, on Friday, September 2 at 8:30 p.m., at the archaeological site of Aquae Iasae, in Varaždinske Toplice.

Aquae Iasae is one of the most significant and largest archaeological sites in Croatia, where many Roman soldiers healed their wounds, and Roman gentlemen enjoyed the picturesque landscape.

The beautiful voices of opera virtuosos: Jelena Štefanić (soprano), Martina Tomčić (mezzo-soprano), Roberto Cresca (tenor) and Lucian Batinić (bass), with the conducting of Simon Dešpalj, the piano accompaniment of Helena Borović and the participation of the chamber choir, will evoke strong, unstoppable emotions with which Requiem is imbued.

The organiser, as well as the originator of the new, attractive event, is the Varaždinske Toplice Tourist Board, and the desire of director Lana Husnjak, the producer, is for this project to grow into a classical music festival, which will attract many visitors from Croatia and neighbouring countries, and for this town to get its place on the map of attractive tourist programs.

Giuseppe Verdi composed this powerful work after the already established operas Rigoletto, Troubadour, Traviata and Aida. Requiem is actually a memorial to a friend, the writer Alessandro Manzoni, an extremely respected Italian writer.

He delighted experienced music connoisseurs so much that immediately after the first performance in St. Mark’s church in Milan he began performing in many concert halls around the world as one of the most dramatic works of his genre, imbued with reflections on existence, destiny, life and death.

In the opera quartet, each of the artists is truly special. Jelena Štefanić mainly performs on stages in Germany, Austria, China, Japan, Great Britain, Italy and Mexico, but she is always happy to respond to invitations to perform in her native area.

As the first Croatian singer, she participated in the prestigious competition “Operalia” by the famous Placido Domingo in Beijing, and she performed some of her notable roles in the operas Troubadour, La Traviata, Šišmiš and Countess Marica.

Roberto Cresca from Italy is performing in Croatia for the first time, and has tried his hand at many world stages in China, Holland, Turkey, Russia, South Africa and Canada. He is the voice of a new generation, he is a soloist in many demanding roles, and some of the operas in which he sang are Tosca, Cavalleria rusticana and Carmen. 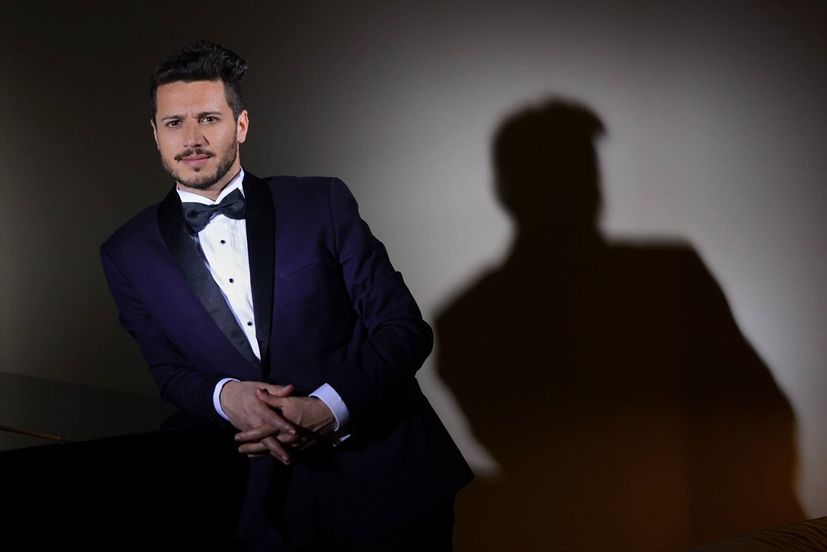 Since 2009, Luciano Batinić has been the opera champion of the Zagreb HNK, he perfected his vocal technique with Vitomir Marof and at the opera studio of Scala in Milan, he is the winner of several domestic and international awards for opera singing, and his roles in the operas Nabucco, The Barber of Seville, Madame Butterfly and Rigoletto are just a small part of his rich oeuvre. 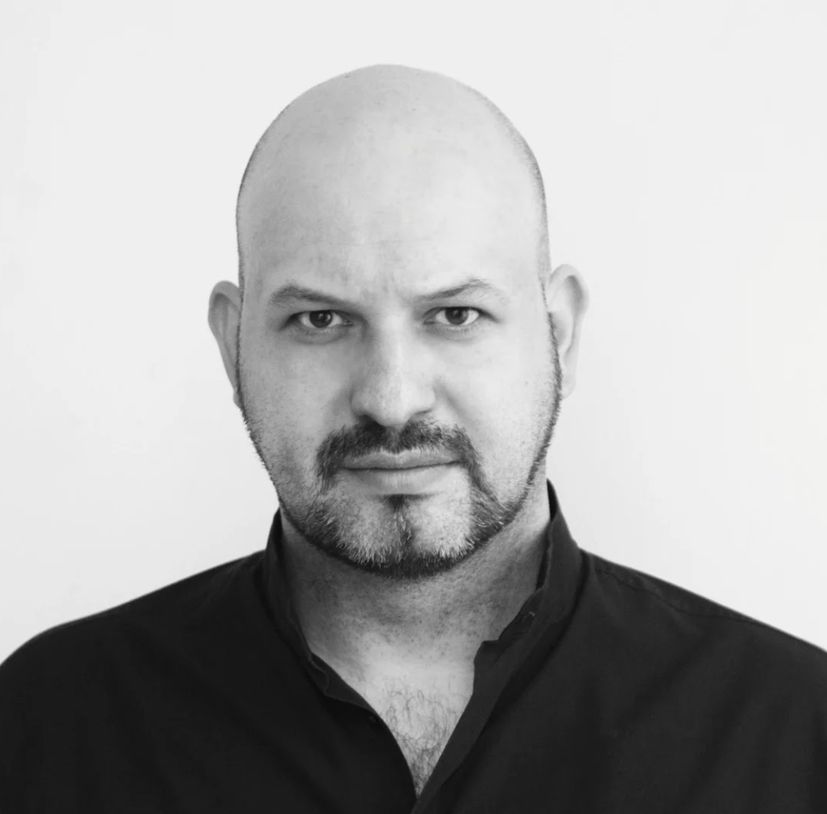 Martina Tomčić is a graduate of the Music school in Graz, winner of many awards, with a rich local and international career, and a small part of her rich repertoire are the roles in Šišmiš, Moči sudbine and Carmen.

Maestro Simon Dešpalj has been conducting for more than 20 years, and has conducted orchestras in Croatia and the countries of the region, Slovenia, Italy, Austria, Israel and France. The operas Služavka gospodarica and Stabat mater, Nikola Šubić Zrinjski, The Feast of Figaro and the ballet A Streetcar Named Longing are just some of the works in which he demonstrated his skills.

He gladly accepts new challenges, such as this one, where the orchestra will not perform, but it is a chamber performance. Four excellent opera artists will provide visitors with unforgettable musical and artistic moments that they will keep in their treasure chest for a long time. 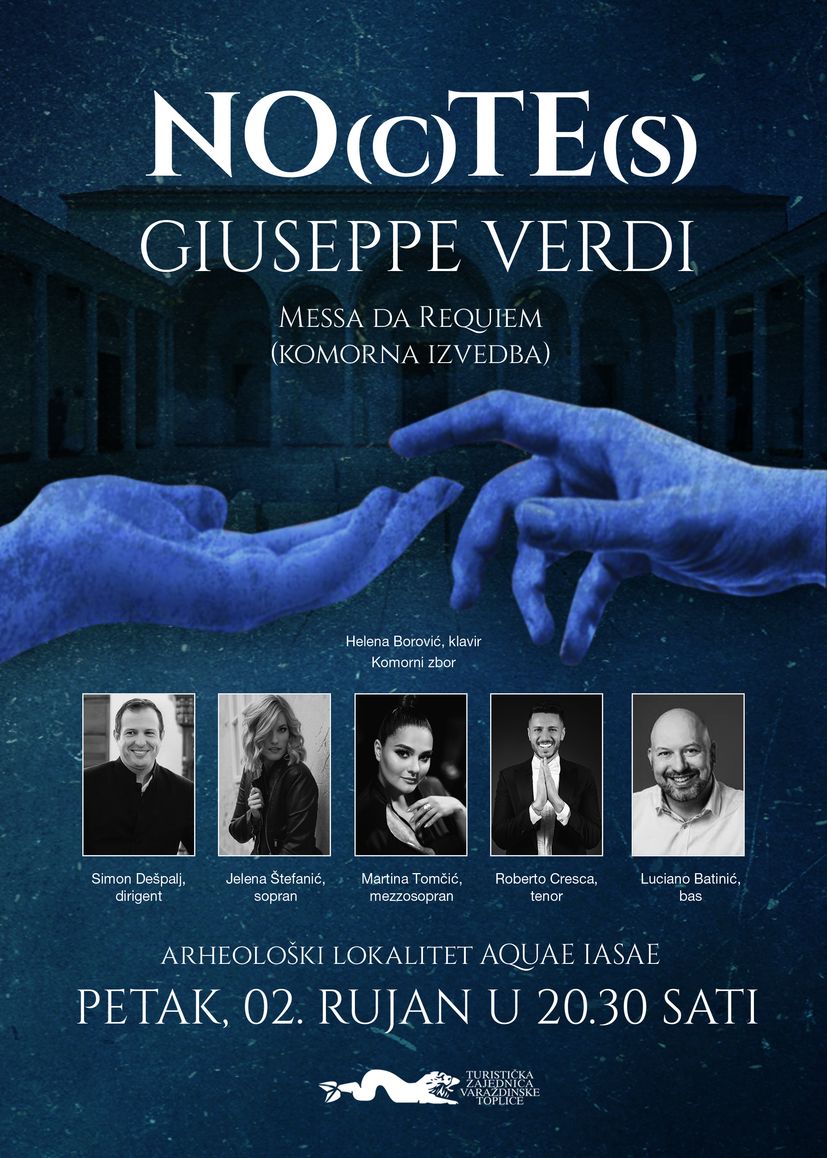 Entrance to the concert is free.