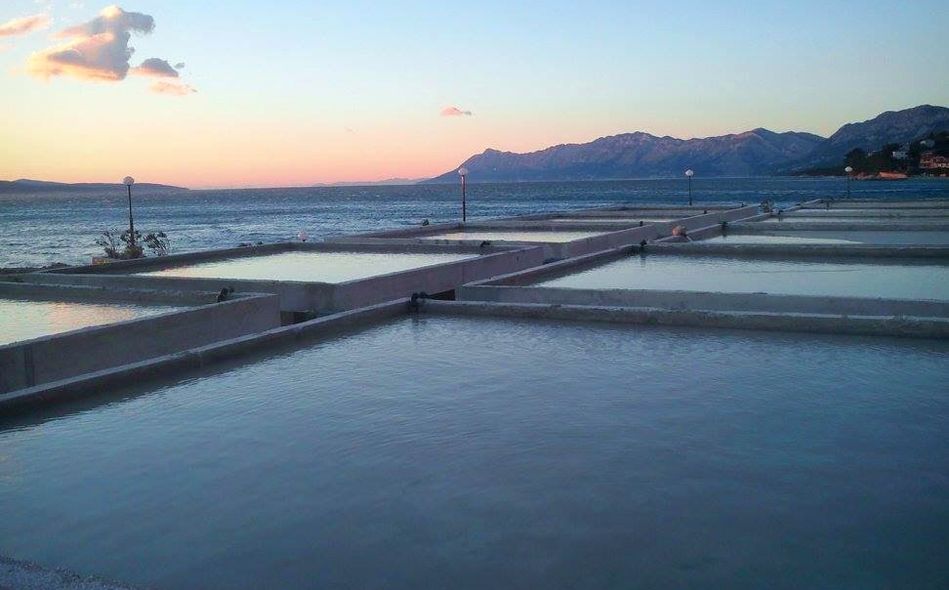 The tradition of sea salt production along the Adriatic coast is an anthropological legacy. Salt pans in the southern Dalmatian area of Ston are the oldest in Europe and the largest preserved ones in the history of the Mediterranean.

Salt pans in the southern Dalmatian area of Ston are the oldest in Europe and the largest preserved ones in the history of the Mediterranean.

Salt pans in the town of Nin on Croatia’s Dalmatian coast are also one of the most exceptional salt pans in Europe as salt is still produced in a traditional way and harvested by hand like in Roman times.

Active for over 1500 years, what makes the salt from the pans special in Nin is the hours of annual sun hours, the waves of the Adriatic Sea and the fierce bura wind from the Velebit mountain.

Croatia, however, is also home to something unique in the salt production – wind-powered salt pans.

This new technology eliminates the negative impact of rain and increases the influence of the wind in the process of evaporation. In this way, the production is increased by 1000%. This system can be found in twelve 12m2 pools in the small harbour of Ramova in Krvavica, near Makarska on the Dalmatian coast.

The inventor of this system is Mr. Ivan Šimić, who has received numerous awards for it, such as the Golden Plate for Best Innovation at ARCA 2010 in Zagreb. These salt pans are based on his historical researches of the late Antiquity and early Middle Ages of the Croatian territory. 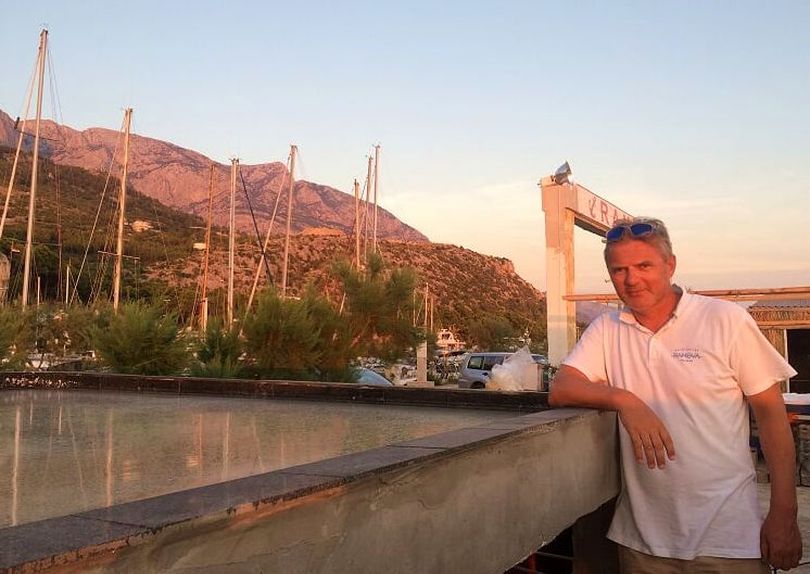 His first patent was a theory concluded in 2007 and in 2009 the idea grew and included two pools, one above the other. A year later, in Makarska, the experimental production began and the pilot-project is opened since 2012 in a small town of Krvavica. This year brought its fifth harvest.

What makes this technology unique is all year-round production, as well as the usage of the wind force. This is also the only system of salt pans between Nin, Pag, and Ston in Croatia. It also allows the manipulation of the crystallization dynamic and production of the specific salt or minerals – salt flower, diamond salt and sea oil.

Whereas the regular salt pans base their production mainly on evaporation, Krvavica salt pans produce by the wind system while the heat of the sun only helps the process itself. 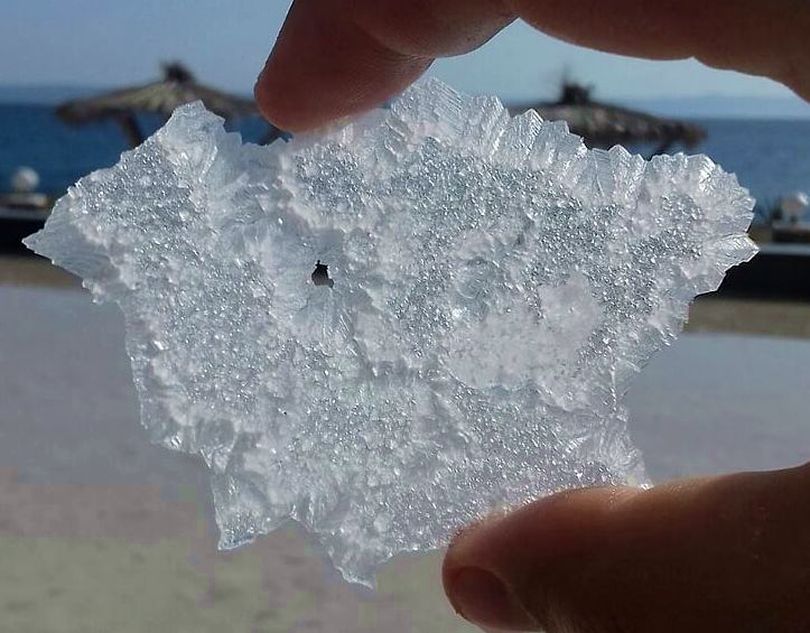 This is why the windiest months, December and January, form the peak of the production. Mathematically, one windy winter day is equal to four sunny summer days. In this process, the rainfall of these months doesn´t play a part since the upper pool shields the bottom one. In there the harmful substance is divided from the minerals and the salt flower stays clean.

This could also represent a new form of salt industry in Europe, says Šimić, because the continent itself imports more than 90 percent of the salt. And the European countries are surrounded by the sea, as well as Croatia which has the same percentage of the import all by itself. The production of these small salt pans would be sufficient for the whole country if there was about 200 of them along the coast.

These salt pans were a private investment, but Mr. Šimić never forgets about the back-up he had from the Director of the Ramova harbour and other engineers who were involved in the process. 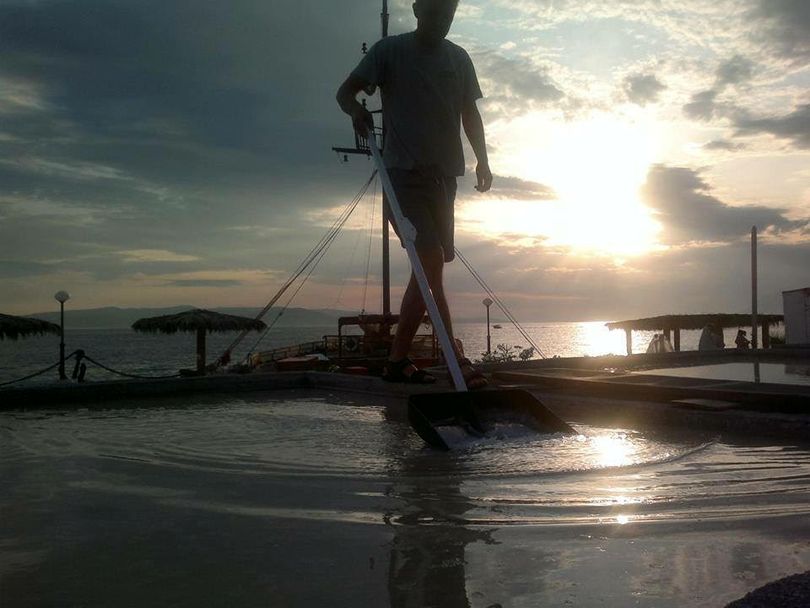 Every year these small salt pans produce around 3 to 5 tons of salt and represent an educational and tourist content. The production is focused on salt flower (fleur de sel), the expensive type, different from the usual industrial sort, which has different chemical components and is more healthy.

Industrial salt is mixed with artificial iodine and potassium ferrocyanide, while the salt flower has potassium iodine as a natural component, for us commoners, it hides more minerals. The salt flower is created during the summer when brine reaches 60 degrees and is formed on the surface.

To compare, the salinity of the Adriatic sea is 3.5 percent, and during the summer days, it reaches the percentage of 23. The flower crystallizes between 26 and 31. 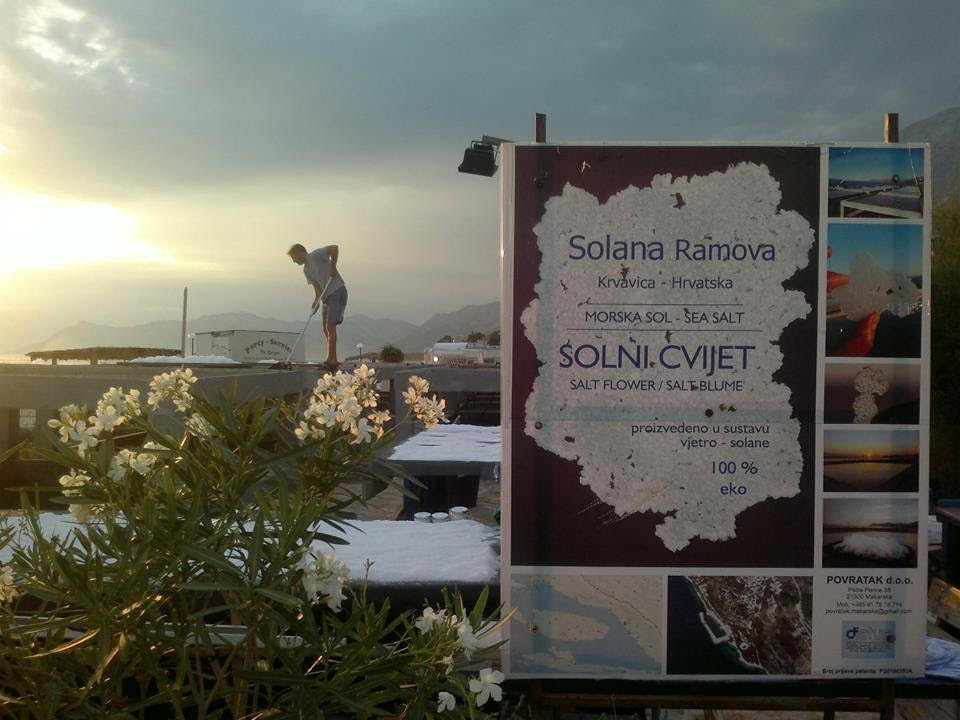 These salt pans can also divide diamond salt (made at the salinity between 31 and 38 percent, good for dermatological treatments, as well as sea oil (made at 38 percent, full of plankton, described as a true innovation.

Added to Pag salt pans, for example, this system could be the solution for the entire Croatian import of salt.

Around 300 thousand tons of salt is being spent, and only around 20 thousand tons harvested while the rest is left for the import. Hopefully, only until this idea finds its wider usage.