It is no secret UFC heavyweight champion Stipe Miočić is a fan of Croatian football so when he was in London he decided to pay a visit to meet Slaven Bilić.

Miočić, with his UFC belt in hand, visited English Premier League club West Ham where he got to meet their Croatian coaches Slaven Bilić and Nikola Jurčević.

The American-Croatian was in London doing some promotional work for UFC ahead of UFC Fight Night London when Manuwa takes on Anderson at the 02 Arena on 18 March.

Stipe posed for photos with Bilić and Jurčević, as well as with some of the first-team players at West Ham’s Rush Green training ground.

Stipe’s next fight will be in Dallas, Texas against Junior dos Santos on 13 May. 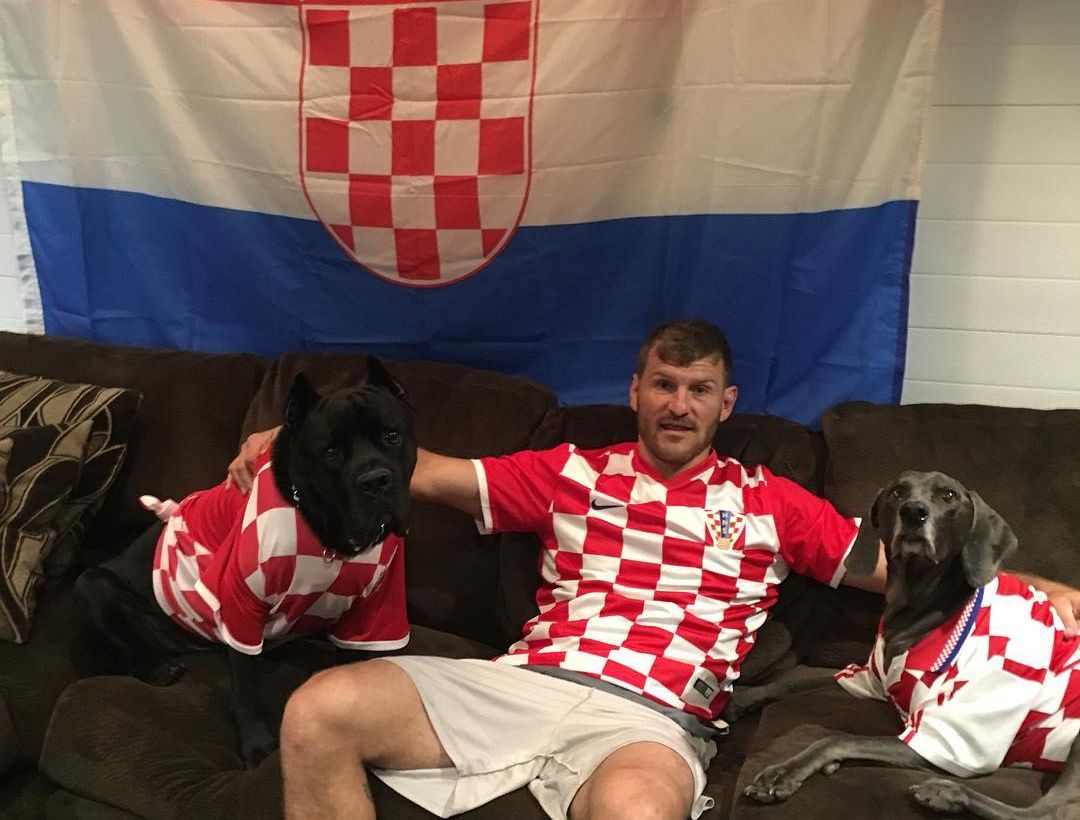