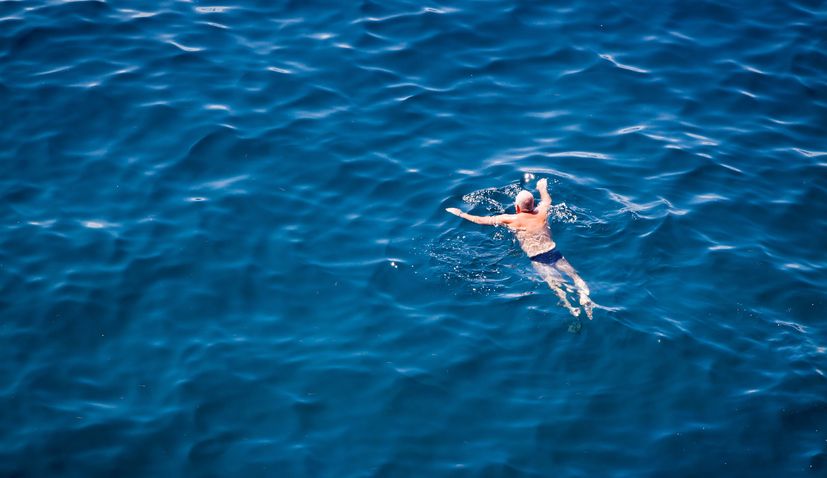 ZAGREB, Jan 1 (Hina) – On Wednesday, the very first day of 2020, dozens of local residents took part in the traditional New Year Day’s swim in Pula, Sibenik and some other Croatian Adriatic cities.

In Pula, some 50 swimmers joined in celebrating New Year’s Day by participating in the first swim of the year in the Mornar bathing facility. They braved harsh winter conditions, including a sea temperature of just 13 degrees Celsius. In an effort to warm up, they consumed sparkling wine before diving into the seawater.

The tradition of the New Year’s Swim in Pula was initiated some twenty and odd years ago by the oldest swimmer, Alma Seslija, who died two months ago at the age of 88, and this was the first New Year’s Swim in the biggest Istrian city without Seslija.

In Sibenik, this traditional event took part on the Banj Beach with a score of swimmers taking part in the New Year’s Day dive at noon. They were cheered on by about a hundred spectators. This year, the New Year’s Swim in this Dalmatian city was dedicated to efforts to raise public awareness of the importance of protecting the fishing stock in the Adriatic Sea.

In Split, several revellers played the local traditional game “picigin” in the sea at Bacvice Beach, one of the landmarks of that biggest Croatian Adriatic city.

In Sisak, a dozen swimmers took part in the traditional winter swim upstream in the Kupa River, which had a temperature of just 3 degrees, while the air temperature was 2 degrees.

On Tuesday, several swimmers dived into the Drava River in Osijek for the traditional New Year’s Eve swim.