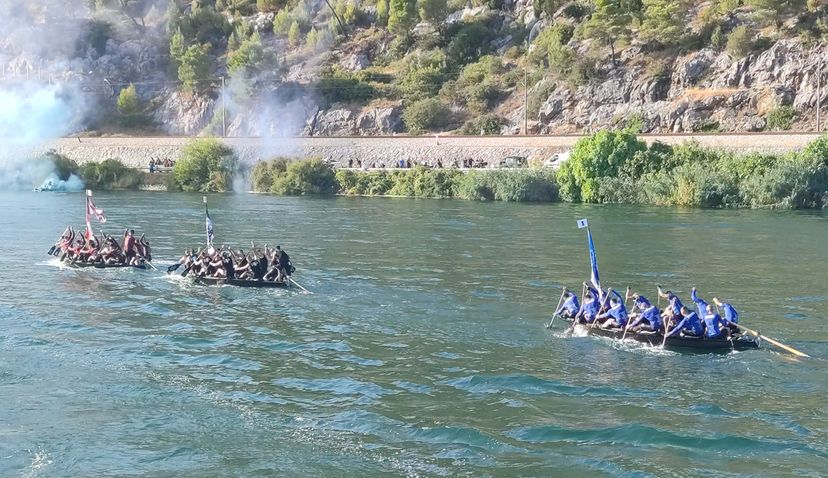 ZAGREB, 14 Aug (Hina) – The crew from Zagreb won the 25th Neretva Boat Marathon, raced on Saturday afternoon down a 22.5 kilometre stretch of the river Neretva from the town of Metković to the seaport of Ploče.

The Zagreb crew finished the race in two hours and eight minutes of rowing. The Stablina crew finished second and a crew from Metković finished third. Thirty crews competed this year.

The Neretva Boat Marathon is an amateur sporting competition between rowers in traditional boats known as lađa. Each crew consists of ten rowers, a drummer and a cox.

Lađa were used by the old Neretva pirates, who terrorised the area back in the 10th century.

Because of their narrow size, lađa were able to enter every one of the rivers that flowed into the Neretva as well as the Neretva River itself. It can be said that the lađa to the Neretva represents the same significance as the gondola does to Venice.

To preserve the traditions of the old lađa, the race from Metković to Ploče was introduced for the first time in 1998. The race is one of the most important tourist events in southern Croatia.