Something for sports fans to do whilst in the popular Dalmatian city of Split – a tour of Hajduk Split’s stadium.

The Poljud Stadium tour has attracted both Croatian and foreign tourists who are visiting Split for a number of years. Hajduk Split says that interest in the tour has increased on a daily basis, especially now as the tourist season enters its busiest period.

“The guided tour has always been one of the tourist attractions of Split and it is certainly a great experience for everyone interested in football and an opportunity to learn about the rich history of our Club,” the club says. 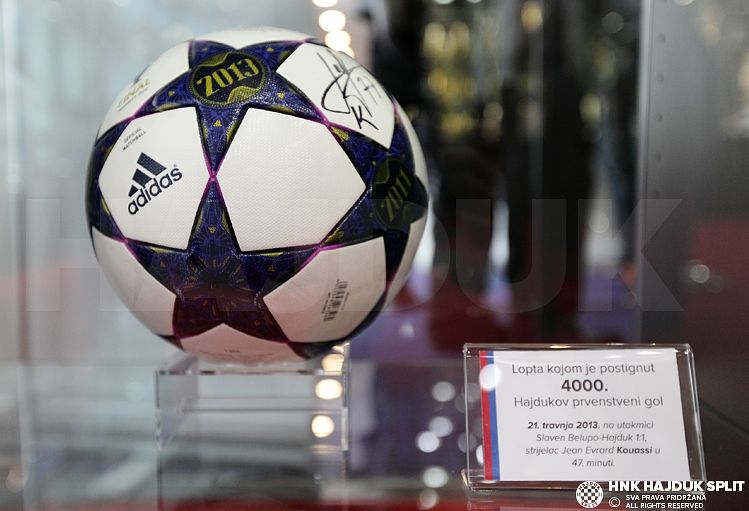 Hajduk Split, founded in 1911, are one of the most successful Croatian teams in history, and having won nine Yugoslav, six Croatian league championships and five Croatian cup titles. The club has never been relegated from its countries top football league. The 35,000-seat Poljud Stadium has been the club’s home ground since 1979.

Recently the club redecorated the trophy rooms and have added more content for all of Hajduk supporters and for tourists. One of the most popular items is the first trophy that Hajduk Split won back in 1912.

The guided tour starts at the entrance hall, where there are photos of the founders of Hajduk and many interesting newspaper clippings, it continues to the trophy rooms, press room and VIP box, before ending on the pitch where visitors have the chance to take some photos. 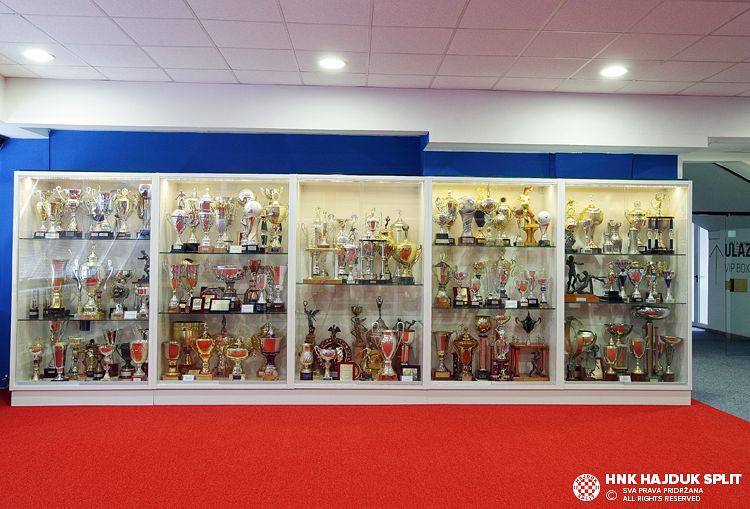 “Visitors are mostly surprised by the fact that Hajduk was awarded as the Honorary team of the Free France. Many of them take photos of the original of Bernard Vukas’ shirt, that he was wearing while playing for the “Rest of the World” team against England. The story of the construction of Poljud is also very interesting to visitors as is the story of Hajduk’s 6:0 victory over Manchester United back in 1980, which has remained the worst defeat of this great English club outside Great Britain,” Hajduk added.

The trophy rooms have over 1300 trophies, 330 medals and 320 gifts. Guided tours take between 30 – 45 minutes and guides are available to tell the story of Hajduk in Croatian, English and Italian.