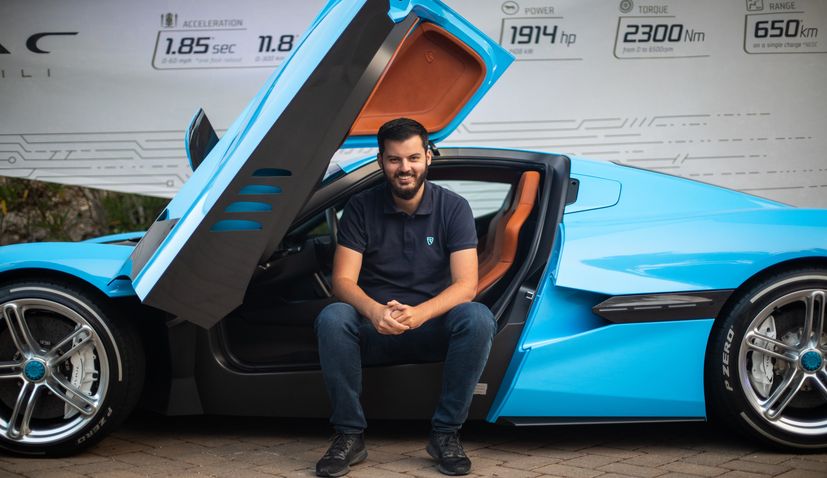 The magazine has complied a list of the top 10 most influential people in the world when it comes to electric vehicles. Coming in at no.5 on the list was Rimac Automobili CEO and founder Mate Rimac.

“Who better to judge Rimac’s cred than Porsche, which increased its stake in his tech company this year. They’re co-operating on electric drive, and Bugatti has gone his way too. The fact he’s made a beautiful 1,900bhp semi- autonomous electric hypercar doesn’t only show how clever he is, but that he can find other clever engineers in his native Croatia. No longer is EV development the freehold of Silicon Valley, old industry titans or the might of China,” Top Gear wrote.

The number one spot on the list went to Volkswagen Group boss, Herbert Diess.

“Diess is steering a company making 11 million vehicles a year, which sure puts him in a position to make a difference. He plans on overtaking Tesla’s rate of EV production this year, and by 2030 half of VAG’s production will be electric. Diess, an engineer, admits this is a colossal long-term investment, possible only because of the Group’s combustion car profits. He was one of the first car company chiefs to commit to zero CO2 by 2050, by transforming the cars, factories, battery supply and charging,” the magazine writes.

“Joe Biden has a $2 trillion green infrastructure plan aimed at kicking the world’s number two CO2 emitter towards net zero by 2050. Getting it done will be his energy secretary, Jennifer Granholm. As Michigan governor 2003–11 she had a practice run: stimulating green jobs to offset the brown ones Detroit’s carmakers were losing. She’s clever, knows green tech, has dealt with big budgets, and can get both sides of bipartisan politics to work together.”

Elon Musk was in third place and racing car driver Lewis Hamilton was in fourth place, one ahead of Rimac.