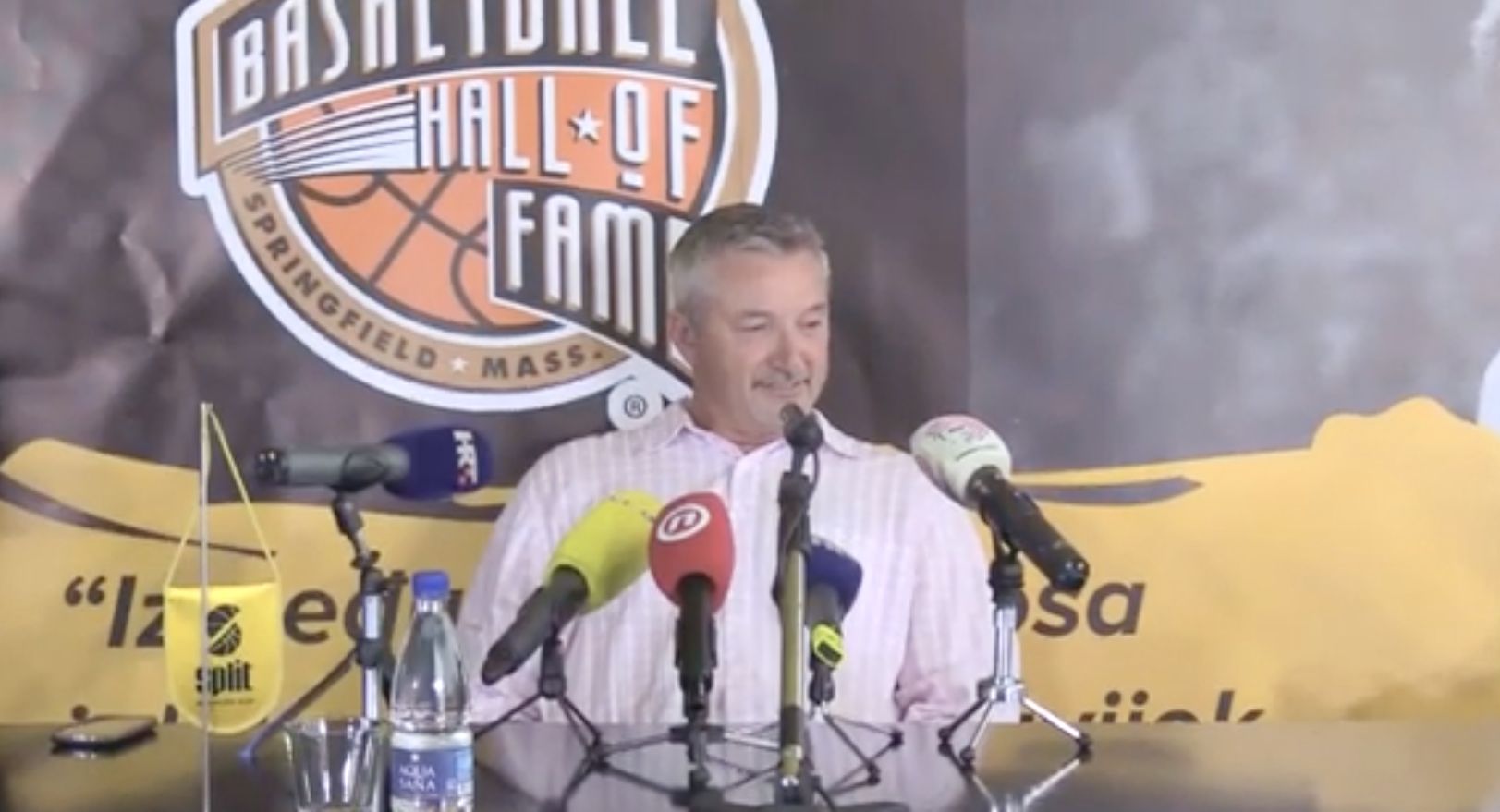 Croatian basketball legend Toni Kukoč will be inducted into the Naismith Memorial Basketball Hall of Fame at a ceremony in September in Springfield, Massachusetts.

The Split-native will join Dino Rađa (2018), Dražen Petrović (2002), Krešimir Ćosić (1996) and coach Mirko Novosel (2002) as the only Croatians so far in the prestigious hall of fame. Croatia is now second, behind USA, with the most players in the hall of fame.

On Wednesday, in his hometown of Split, Kukoč talked to the press from his former club KK Split.

“I am glad that I got this news in my hometown of Split, in this gym where it all started just a few hundred metres from my home. I am glad that this happened whilst my parents are still alive. My father was the one who got me into sport, taking me to watch Hajduk, Jugoplastika, water polo, table tennis, which I trained before basketball,” Kukoč said at the start of the press conference.

Kukoč says he has not thought about who he will get to present him at the ceremony in September.

“I have an idea, but I will not mention yet as I need to ask them first, there are a lot of candidates.”

The former Chicago Bulls star says he first got a call from the Bulls owner Jerry Reinsdorf to let him know that he would be inducted into the Hall of Fame, which was followed by a phone call the Naismith Memorial Basketball Hall of Fame to confirm the news.

Since then, Kukoč says the messages and phone calls of congratulations have flooded in. When asked if he former Bulls teammate Scottie Pippen was among those who sent his congratulations, Kukoč said that the story of the two of them not getting on was more media hype than reality.

“Our relationship has never been bad. I always say Scottie helped me more than anyone at the Bulls in my first year. He helped me with all sorts. We never ever had a problem. The media blew things  up, maybe he will one of those who will present me, I need to ask first,” Kukoč said.

The 52-year-old, who says entry into the Hall of Fame is the biggest recognition one can get in the sport, says he never forgets the start of career in Split.

“When I come here, all the memories come back, I remember the training and how much time I spent here. I remember people who helped me because no one can succeed only.”

Kukoč says that whilst he is unable to return home to live at the moment, he is not ruling it out in the future.

“I am always coming back to Split, I was born here and nothing will change, I spend a lot of time here. Returning for good is not possible right now but maybe at 65 to retire here. The Split climate suits me, it is better than minus 30 in Chicago. Six months here, six months there would be ideal.”

When asked to name his ideal starting 5 from players he played with or against, Kukoč said Iverson, Jordan, Pippen, Rodman, and Olajuwon were his picks.

The Croatian has already been inducted into the FIBA international basketball Hall of Fame, was one of the first established European stars to play in the NBA, winning the NBA Sixth Man of the Year Award in 1996 and 3 NBA Championships with the Chicago Bulls in the 1990s.

Full press conference in the video below.